No injuries in overnight commercial fire 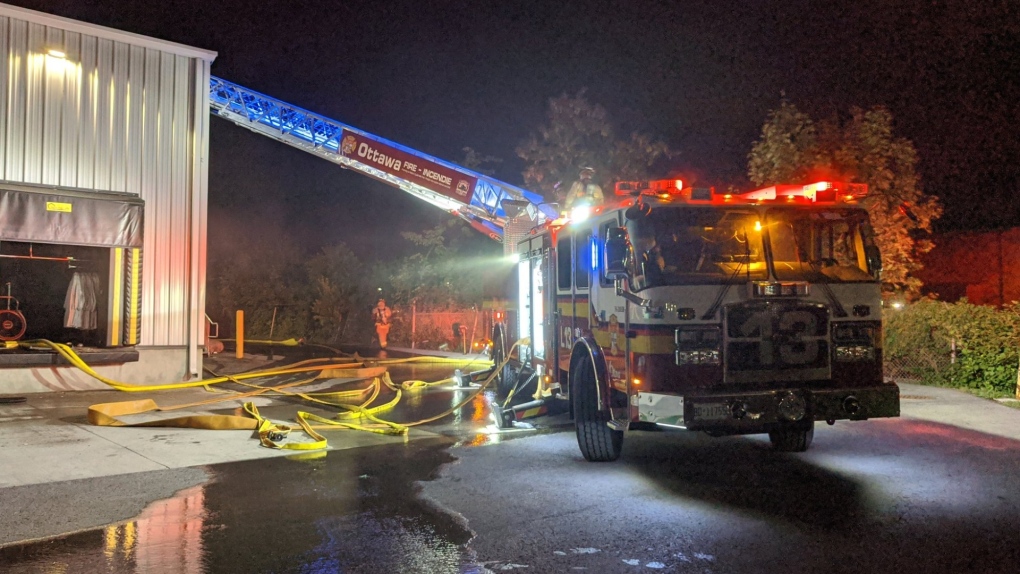 OTTAWA -- Ottawa Fire says no one was hurt after a fire broke out at the Canadian Linen and Uniform Services building on Russell Road near Industrial Avenue.

According to a press release, firefighters received calls from the building's alarm company at 11:11 p.m. Saturday.

When firefighters arrived at the building, they found heavy smoke inside. The fire was found in the middle of the building and was under control by 12:25 a.m. Sunday.

What caused the fire is now under investigation.

Ottawa Fire on scene of a Working Fire at 1695 Russell Road. Heavy smoke conditions on arrival & fire sprinkler system operating in a large one storey commercial building. No injuries reported and a OFS Fire Investigator has been dispatched. #ottnews #OttFire #OttCity pic.twitter.com/vWaPI8IwVG