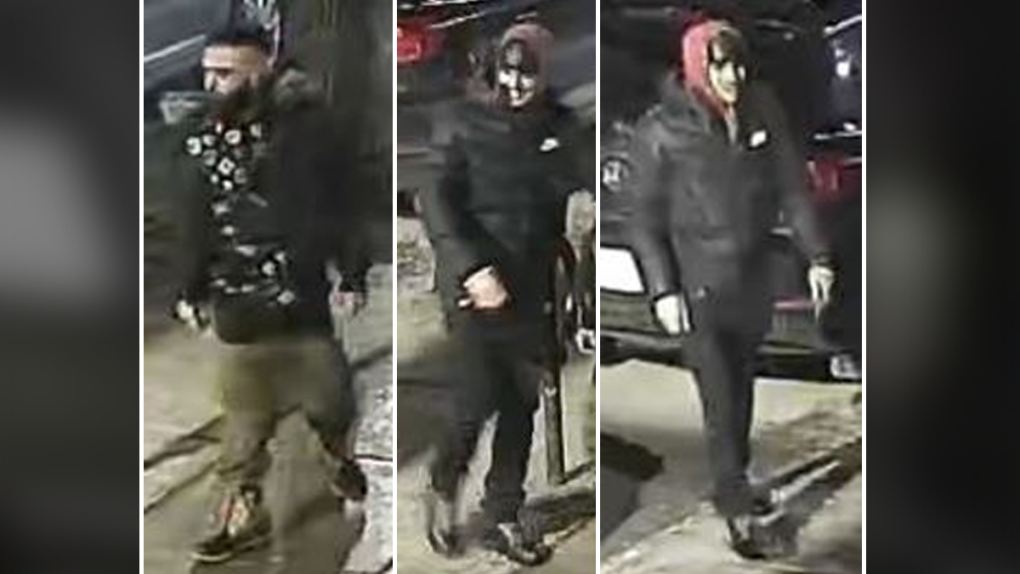 Ottawa police are searching for two suspects in relation to a stabbing on George Street on March 19, 2022. (Ottawa Police Service)

Ottawa police are searching for two suspects in a ByWard Market stabbing earlier this month.

The stabbing happened March 19 on George Street, police said. There was a fight between two groups around 2:40 a.m., during which two people suffered stab wounds.

Everyone had fled the scene when police arrived, but the victims later called police to report it and were taken to hospital by paramedics. They suffered non-life-threatening injuries.