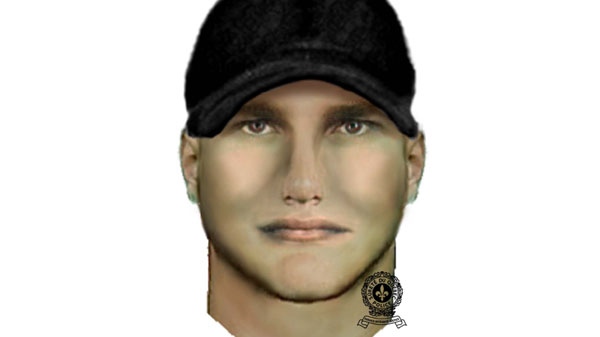 Police have released this sketch of an 'important witness' in the Valerie Leblanc murder investigation, Thursday, October 13, 2011.

The Crown's office says there will be no charges laid when it comes to the tampering of Valerie Leblanc's body, a Gatineau teen found dead in the woods.

The murder investigation was launched late August after Leblanc's body was found beaten and burned in a wooded area behind the CEGEP de l'Outaouais.

At first, four people were suspected to have tampered with the murder scene. However, three were cleared by police in September. A fourth person was cleared this week.

While officials say there is no discrepancy as to whether or not the body was tampered with, they will not move forward with charges based on the evidence.

Police say there are still no suspects in the case and a search continues for a main witness. They've released a sketch of this witness and in recent weeks a description of a bicycle they believe this witness rides.

The bicycle is described as a mountain bike with a straight handlebars. Police say the bike appears to be a lower end model and that it had mountain or hybrid tires.

The key witness is described as:

Anyone with information should call Gatineau police immediately.