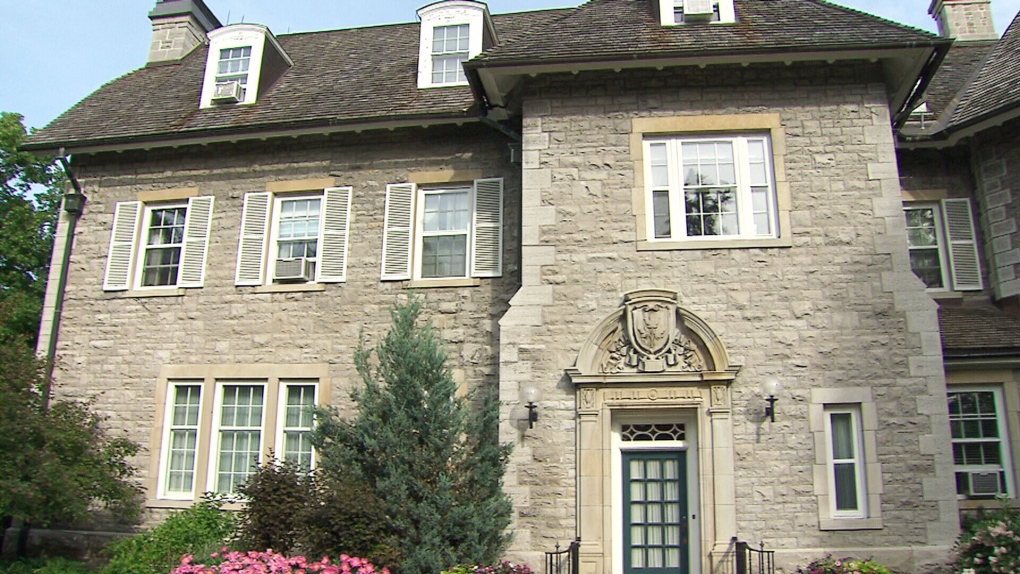 OTTAWA -- It will cost $175 million over 10 years to restore Canada’s six official residences to good condition, according to a new report from the National Capital Commission.

The homes—including the prime minister’s residence at 24 Sussex Drive—have deteriorated due to years of underfunding. The report released Wednesday says new money is “urgently needed” to rehabilitate the properties and keep them from sliding further into disrepair.

24 Sussex is in ‘critical’ condition and would cost $36.6 million to bring up to good condition. The report says the other homes—Rideau Hall, 7 Rideau Gate, Harrington Lake, Stornoway and The Farm all require more money to keep from continuing to deteriorate.

“Based on current practices, it would only be a matter of time before certain assets reach the same level of disrepair as 24 Sussex Drive,” the report says. “Without sustainable funding, the deferred maintenance deficit will continue to grow, and the overall deterioration of Canada’s Official Residences will continue.”

The six official residences are all considered culturally and historically significant properties. The National Capital Commission oversees them, but the federal government appropriates the money to maintain them.

The 73-page report lays out how decades of chronic underfunding for the homes has led to severe deterioration. In the case of 24 Sussex, it has not seen significant investment in more than 60 years and requires “extensive and urgent repair,” the report says.

Board members decried the lack of movement on fixing up 24 Sussex, with many saying it’s the most frustrating file they’ve encountered in their time at the NCC.

“There is a measure of political paralysis that’s been going on a long time, long before this government, before the last government,” board member Michael Foderick said.

“It’s deteriorating under our noses, and I think the NCC has to do some serious soul-searching,” he added. “If my children ever asked me what I did, how did I let that happen … I wouldn’t have a good answer for them right now.”

Board member Deborah Lynn Morrison said what’s going on with 24 Sussex is the thing people ask her about the most in her role as a board member.

“I just can’t stress enough how urgent I feel this is,” she said. “This is like watching a train wreck.”

Prime Minister Justin Trudeau did not move his family into 24 Sussex when he was elected in 2015, instead living in Rideau Cottage on the grounds of Rideau Hall.

For all six homes, the NCC says it requires a one-time injection of $17.5 million per year for 10 years to make sure they don’t slide further into disrepair. On top of that, the NCC says $26.1 million a year is needed for ongoing maintenance, repairs and renovation projects.

“This increase in annual appropriations, coupled with the one-time injection of $17.5M per year over 10 years, would provide a sustainable source of funding that would enable the NCC to comply with its legislative mandate to conserve the built heritage of national interest under the NCC’s stewardship.”

Because of the lack of funding and age of the homes, they now account for more than 60 per cent of greenhouse gas emissions generate by NCC assets.

You can read the full report here: