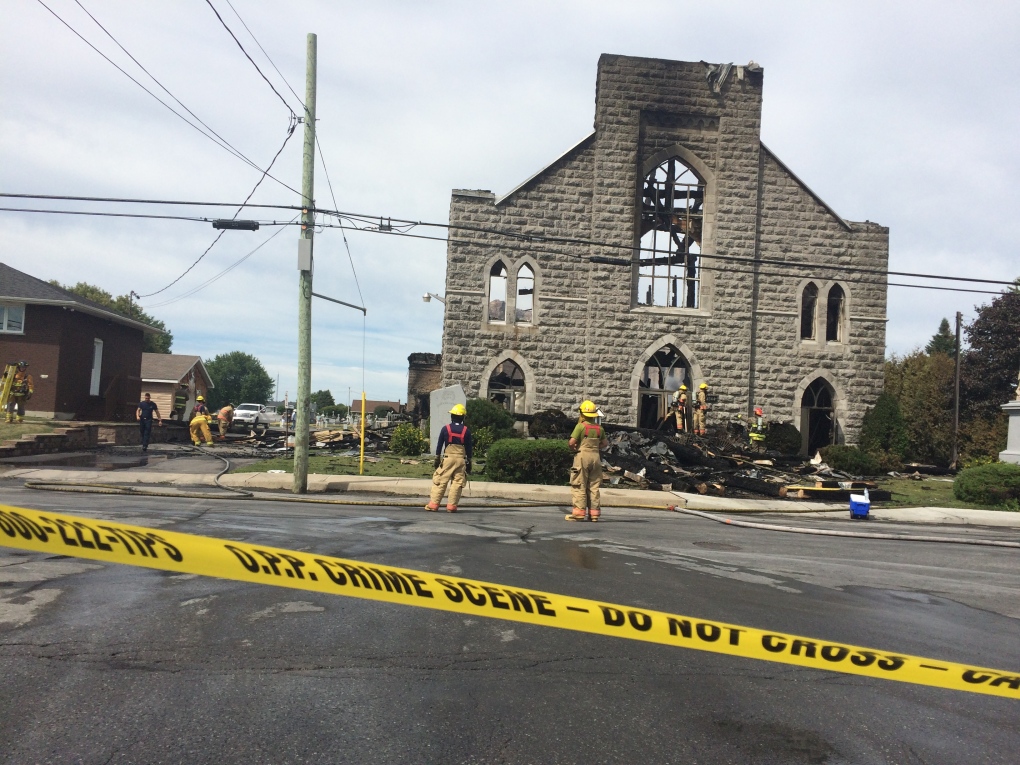 Police tape blocks access to the St. Isidore Church in St. Isidore, ON.

A lightning strike started a fire that destroyed a 19th century church in a small village southeast of Ottawa, according to witnesses.

St. Isidore, ON, residents who live near the St. Isidore Catholic Church said there was a bright flash and a loud bang shortly before the old, stone building went up in flames.

National Municipality firefighters received the first 911 call around 4:00 p.m. They said the blaze was aggressive and quickly spread throughout the old, stone building. The church's steeple came crashing down a couple hours later. As of Sunday afternoon, the building was still smouldering.

Residents in the village of less than 1,000 people said they are heartbroken.

"Graduations, the loss of my father, marriages, and weddings; everything, everything happened there," said Diane Besner.

The church was built in the late 19th century and had several hundred regular parishioners. Past and present members of the church gathered there Sunday to share stories.

Nelson Menard got married at the church when he was 21 years old. He said the place of worship is a central pillar of the community.

"No church means no community, as far as I am concerned," he said.

Ottawa's Archbishop was on scene Sunday to see the damage first hand.

"The people have always been quite proud of this church. It was a beautiful building, Rev. Terrence Prendergast said. "Now is the time to stand with those in sorrow."

An official cause of the fire has not been determined. A decision about whether the church will be rebuilt has not been made.