Major fire damages home along the Rideau River in Manotick 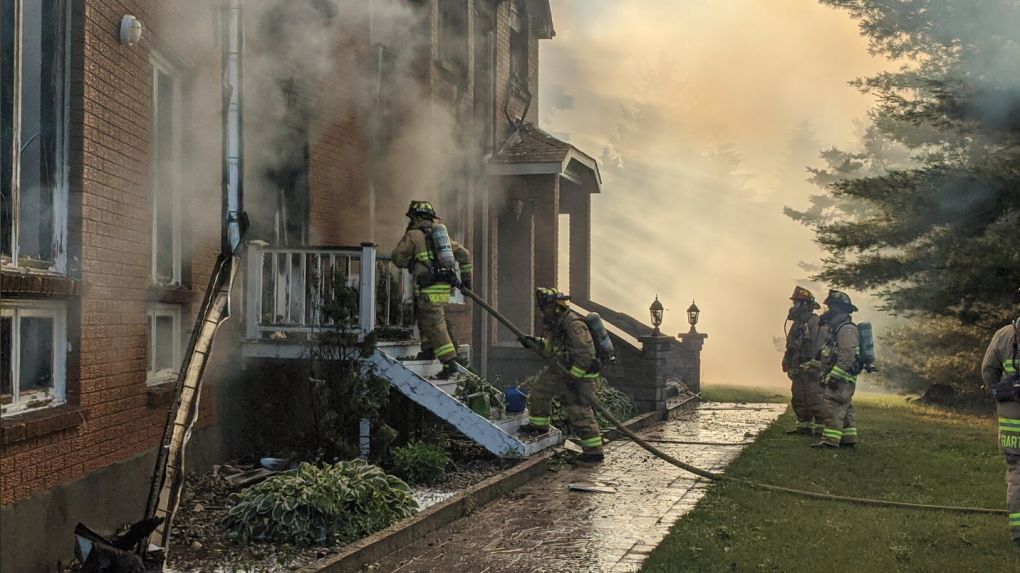 Ottawa firefighters battling a fire at a home along the Rideau River. (Photo courtesy: Twitter/OFSFirePhoto)

OTTAWA -- There are no reports of injuries after a fire in a home along the Rideau River in Manotick.

On Twitter, Ottawa Fire's Scott Stilborn said crews were greeted by "heavy fire conditions" in the large single family home and a defensive operation was ordered.

A tanker shuttle has been set up to transport water to the scene for firefighters.

Ottawa Fire on scene of a Working Fire on Waterfront CRT off River RD in Manotick. Crews had heavy fire conditions in a large single family home on arrival & Command ordered a defensive operation. This is a rural area & a tanker shuttle has been set up. #ottnews #OttFire #OttCiry pic.twitter.com/btEmTdbkdl