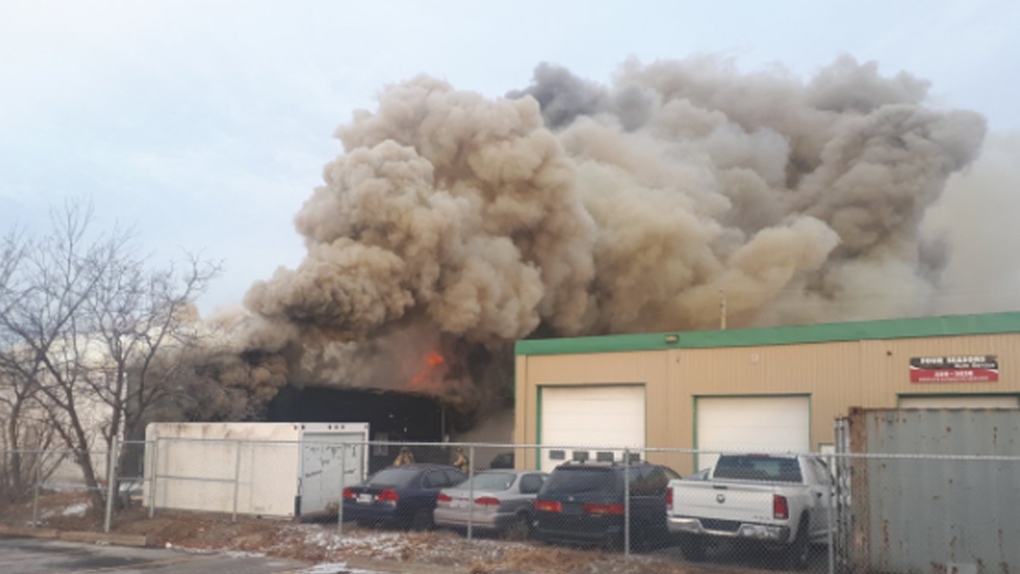 Smoke and flames can be seen at a major fire on Cleopatra Drive at Road in Nepean on Friday, Dec. 13, 2019. (@DontTaseMeBro77/Twitter)

OTTAWA -- A major fire erupted in Nepean Friday morning, causing streets to be blocked off as fire crews raced to douse the flames.

The fire broke out at Cleopatra Drive and Merivale Road in Nepean.

Shortly before 9 am the fire department declared a second alarm sending more crews to respond.

The flames were knocked down a short time later.

Drivers are advised to avoid the area.

Pictures shared on social media showed flames shooting up from a one story industrial complex.

It appears the fire started at Splash Autocare.