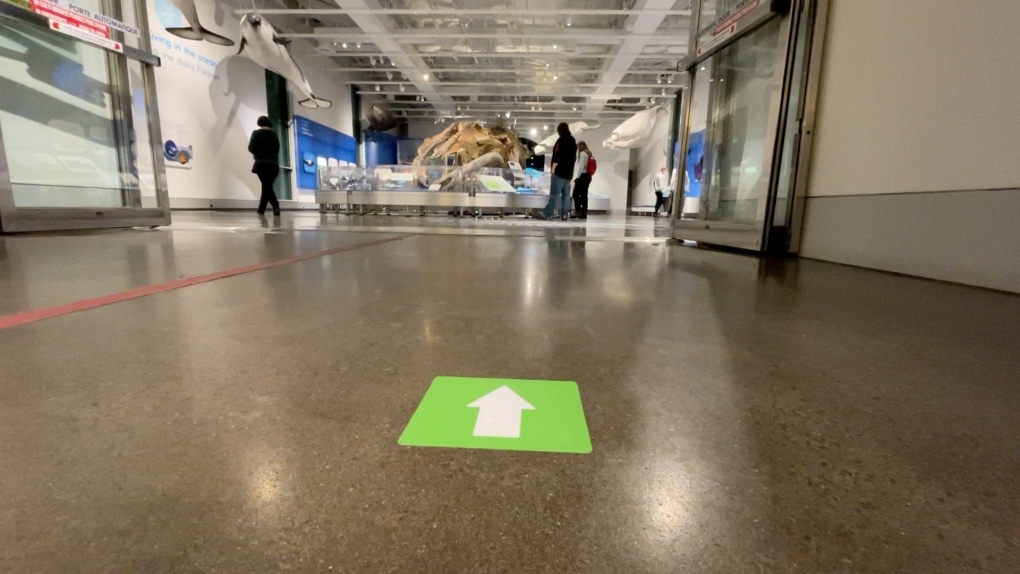 The entrance of the Exhibit Hall at the Canadian Museum of Nature. (Peter Szperling/CTV News Ottawa)

This weekend will see many attractions and go-to destinations in Ottawa re-open.

Businesses and attractions are reopening following the trucker convoy demonstration that blocked streets for four weekends. For some attractions, it's the first time opening since COVID-19 restrictions lifted in late January.

"It’s nice, it feels back to normal; we get to enjoy nature and science, it’s just amazing," says Hannah Smith, who visited the Canadian Museum of Nature on Friday.

The doors at the museum reopened Friday, after nearly two months; first, closed because of COVID-19 restrictions, then due to the trucker convoy.

"It’s so nice to have it back, and to have the city back, it’s great," says Smith

"We were waiting and waiting for the museums to open again, and finally they opened; we’re leaving in two days, so we’re really lucky it opened," says Gigs Vanlier, who is visiting his family in Canada.

The museum, one of many go-to spots, now welcoming guests.

"It feels amazing," says Angeline Laffin, Director of Visitor Experience with the Canadian Museum of Nature.

The National Arts Centre reopens too.

"We’re reopen tonight, and just short of two weeks, we’re going to have 'Cats,' the famous Broadway Musical at the NAC; it’s going to be March 14-16, so three nights,” says Annabelle Cloutier, Executive Director and Communications with the NAC.

Other destinations near downtown that were closed are reopening too on Saturday; The National Art Gallery of Canada, the Canadian Museum of History, and the Canadian War Museum.