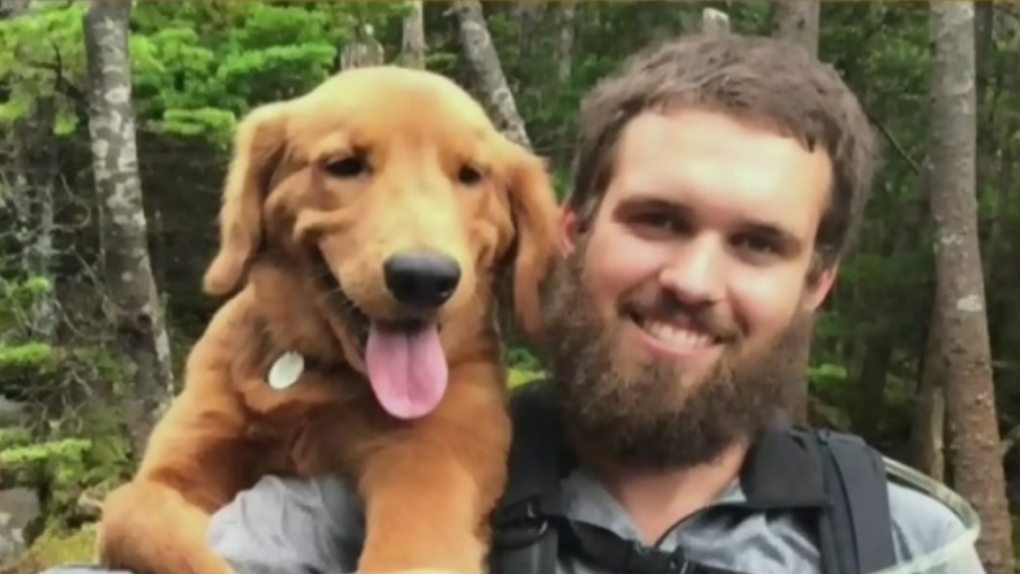 Olivier Bruneau died when he was hit by a chunk of falling ice at the Claridge Icon condo construction site at Carling Avenue and Preston Street in March 2016. (Supplied)

Six years after Olivier Bruneau was killed by a falling block of ice at the Claridge Icon building construction site, the inquest into his death is finally underway.

Bruneau was just 24 years old when he died on March 23, 2016. Workers on the construction site at the time told CTV News they had previously mentioned concerns about the ice, as recently as the day prior to Bruneau’s death.

“There were a number of incidents there, starting in January of that year,” Sean McKenny, President of the Ottawa & District Labour Council said Tuesday.

The ice, and the whether or not more should be done to ensure ice buildup is no longer a hazard, are at the heart of the nine-day Provincial Coroner’s Inquest into the circumstances surrounding Bruneau’s death.

Under Ontario’s Health and Safety Act, any hazards that could potentially fall onto workers must be removed.

In 2019, builder Claridge Homes and subcontractor Bellai Alliance both pleaded guilty to failing to ensure that the walls of the construction site were free of objects that could fall on workers, despite the site previously passing multiple safety inspections.

But safety remains an issue, at least according to one of the companies involved.

Bellai Alliance says since the death of Bruneau, they continue to faces some challenges in ensuring ice is removed from excavation walls on projects, telling CTV News that company leadership has, at times, had to personally ensure its removal.

“There is no general guidance on ice,” Pietro Bellai, President of Bellai Alliance wrote in a statement.

“Our view is that a specific, legislated reference to the removal of ice would assist in the recognition of ice as a hazard, generally, and province a greater ability to require or expect those in charge of excavations to address hazardous ice accumulations,” Bellai continued.

But others, like McKenny, counter OSHA regulations already cover hazards, arguing that the issue isn’t a lack of specificity but rather a lack of strict enforcement of the regulations.

“OHSA and the construction regulations exist for a reason and what has to happen is they have to be applied at all times,” McKenny said.

The inquest into the circumstances surrounding Bruneau’s death will last nine days and jurors will hear from roughly 16 witnesses.

CTV News reached out to Claridge Homes for comment but the company replied, “we will not be commenting publicly at any point.”