The latest Hunger Report from Feed Ontario shows more Ontarians are relying on food banks and visiting them more often.

And it’s a trend happening in rural regions as well, with less affordable housing playing a key factor.

Representatives from Feed Ontario provided an update on the report in Morrisburg on Friday, with Food Banks United, an eastern Ontario food bank collaborative, also discussing what is happening rurally.

"The biggest issue is affordable housing due to COVID," said Jane Schoones, Dundas & Stormont Community Food Share Lead. "Many people were displaced because a lot of folk realized they could move to this part of the province and they could work from home."

Rent went up for some while others were evicted as housing prices soared, Schoones said.

Experts say there is clear evidence the increase in demand for food banks is directly connected to a lack of affordable housing.

"We have a lot of people that have moved out of the area simply because they couldn't afford to live rurally anymore," Schoones said. "Numbers have gone up between 40 and 45 per cent throughout the rural area."

Highlights from the annual hunger report show people who are employed are accessing food banks more, increasing by 47 per cent since 2018. Between January and September 2022, food bank visitors increased by 24 per cent over the past year.

The number of first time food bank users has increased by 64 per cent over pre-pandemic levels, and food bank use remains at an all time high, with 2022 marking the sixth consecutive year of increase.

"There is not enough money at the end of the month, particularly with gas going up, the rent's going up, so groceries are usually on the bottom of the list," Schoones said. "It's hard. Groceries are so expensive, they can't afford fresh fruit, they cannot afford meat. It's just difficult." 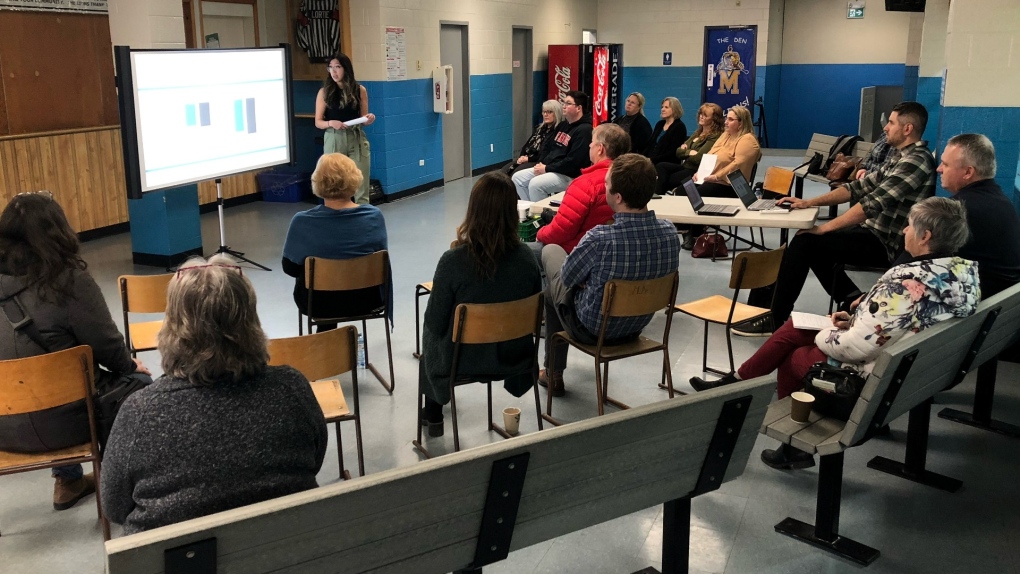 Ashley Quan from Feed Ontario highlights some of the numbers from the 2022 Hunger Report in Morrisburg, Ont. Dec. 9, 2022. (Nate Vandermeer/CTV News Ottawa)

"We didn't know inflation was going to hit people this hard," Quan said. "But we knew that people have become less economically resilient over time, and haven't been able to weather storms as easily."

She noted affordable housing is not just a problem related to the larger cities.

Quan also says while the report showed people have a harder time escaping poverty now than they did 30 years ago, they also included a blueprint on how food bank use and housing affordability can be turned around.

"Two thirds of the people who use food banks rely on provincial social assistance and we've seen that those numbers, those rates, the support that’s provided, has been frozen for the past four years," Quan said, while noting there's been a slight increase this year for ODSP.

"The amount provided has been static while the cost of living has increased, so putting investments into those programs is a great initial first step."

Qaun says supports like employment insurance, Ontario Works and ODSP have also become more difficult to access, or provided less support than they did before.

"We're not re-inventing the wheel; that is something that we can turn to, to make things better."

Schoones also noted living in rural areas can be a challenge, with less transportation options for those who rely on food banks. 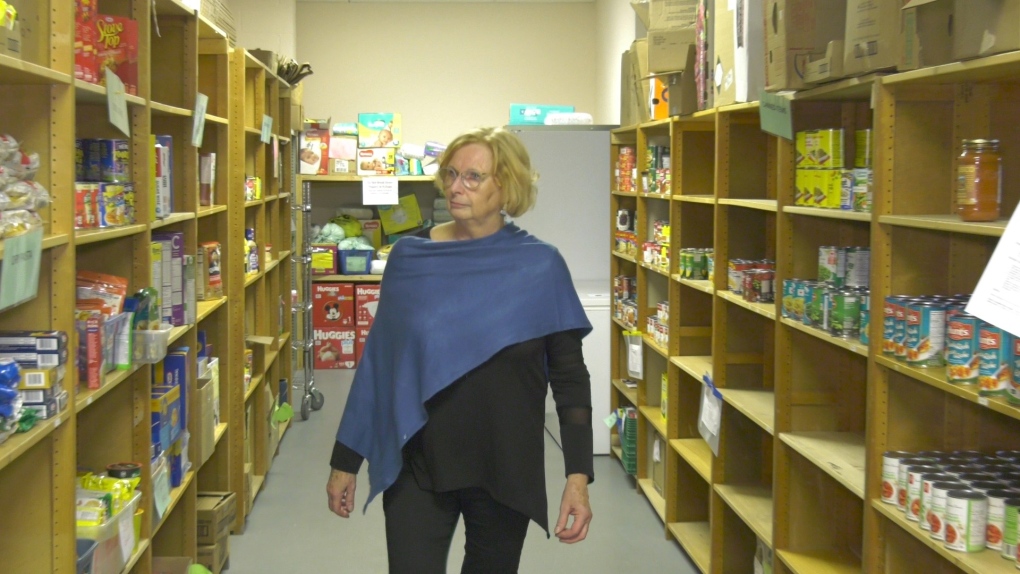 "Transportation is a big issue because there is no bus to jump on and quite often clients have to count on each other for a ride and if that ride falls through, it's a difficult season for them," she said.

"In quite a few cases, people come in but they don't tell us what's going on in their lives," she added. "We have a great relationship, our volunteers and my staff that work at the food bank, wonderful relationship with people coming in, but it's still difficult on both sides of the coin."

"Food banks are here to help. We have food, come and see us. Don't be afraid," Schoones said.

The full Hunger Report from Feed Ontario can be found on their website.

Canada stood ready to provide help in the aftermath of a deadly 7.8 magnitude earthquake that rocked Turkiye and Syria, Prime Minister Justin Trudeau said Monday, with over 2,300 people reported dead.

As preparations are underway for the anticipated health-care 'working meeting' between Prime Minister Justin Trudeau and Canada's premiers on Tuesday, new details are emerging about what some provinces are expecting.

February's full snow moon will light up the sky over the next two nights, with the spectacle reaching full illumination on Sunday morning. But this year’s full moon was smaller than those of recent years. It’s called a “micromoon.”

The tech industry started the year with a wave of job cuts, around 50,000 in January alone, and there doesn't appear to be any let up this month. Here's a look at some of the companies that have announced layoffs so far.

The lawyer representing a former medical student accused of murder says her client will testify that he shot another student in self-defence when a drug deal in Halifax turned violent.

Why was the Turkiye-Syria earthquake so bad?

The magnitude 7.8 earthquake that struck Turkiye and Syria on Monday is likely to be one of the deadliest this decade, seismologists said, with a more than 100 km rupture between the Anatolian and Arabian plates.