'I was just sexually assaulted on the job': OC Transpo driver alleges she was assaulted and harassed by co-workers 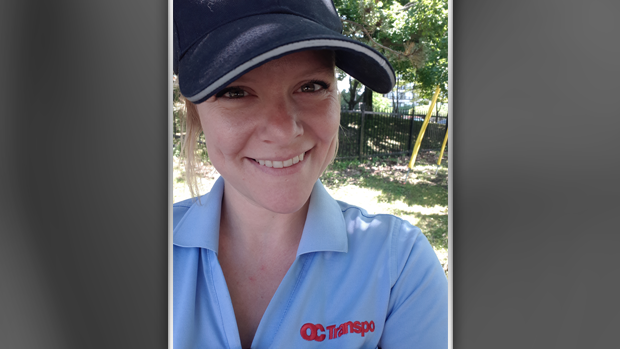 For Jamie Bailey, the decision to come forward and share her story wasn’t an easy one.

“I’m not sure how this is going to change my career.”

But for months, even years, she has been agonizing over what she believes to be a story that needs to be told.

“I think the city of Ottawa and the taxpayers need to know.”

It was 2015, when the wife and mother of two from Barrhaven decided to make a career change.

“I was a hair stylist previously and I heard OC Transpo was hiring,” says Bailey, “I heard the city was a great employer.”

The pay, stability and benefits also attractive for Bailey so in early 2015 she took a risk and applied as a bus operator,

“I was a little nervous but once I got in there and I went through the training program all your nerves are calmed down.”

“I get to drive around the Nation’s capital all day long, sightseeing and meeting everyone in the city.”

Bailey hadn’t even hit the road, and already she says she was hearing about issues within the transit company,

“I had one of our head trainers tell me one day that not everyone who talks to me wants to take me out to dinner and it’s up to me to set my own boundaries at OC Transpo.”

Bailey found the comment to be “odd”, but didn’t think much of it. Until days later another trainer offered another warning,

“I’m known for smiling and laughing and she said ‘once you get in there that smile is not going to last for long’ and she’s like ‘this place changes you’,” Bailey said, “At the time I just thought she was a disgruntled employee.”

So Bailey carried on and in April 2015 she had her first shift as a driver.  Something she looked forward to.  The first day on the job though, she says the comments started once again.

“The first morning I walked into a garage I was immediately approached by a man and asked if I was married,” Bailey says, “and then a woman came up to me when he was done talking to me and she said ‘watch out for them, they like blondes around here’.  This was on my very first day in my first hour.”

The garages at St. Laurent Boulevard are where some of the 2,000 OC Transpo drivers congregate each day.  They go there to line up and call for their bus routes before each shift.

On Canada Day of 2015, Bailey says she was in the garage waiting for her route and she alleges an operator told her “you know they only talk to you because you have blonde hair and big tits”.

“In my previous job we had a culture of respect and my boss would accept nothing less,” says Bailey.

“I didn’t know this culture existed, especially in the city of Ottawa.”

Bailey though, said nothing, and continued to say nothing for months.  She says that came on advice from co-workers.

“You’re told when you’re first starting as a bus operator you’re on nine month probation and you are told to lay low. Your job is not secure.”

So she says she stayed quiet, enduring more comments and then she alleges nearly two-years later those comments turned to sexual assault.

“I was on my break at Billings Bridge, I was just coming back from the restroom toward my bus. I had an operator approach me, a very senior operator, he walked right up to me and grabbed both sides of my face and held me there and kissed me,” Bailey says holding back tears.

“He then held my back and tried to look down my shirt.”

“I left and I called my husband on the bus and I was completely shaken up,” she recalls,

“I was shaking and in tears and the passengers all they were upset about was how late my bus was and I just kept thinking I’m sorry I’m five minutes late but I was just sexually assaulted on my job.”

Even after those disturbing moments, Bailey did not call police, or report the alleged assault to a manager.

“I’ve only been there a couple of years and this man has been there 30 something years.”

“I didn’t feel anybody had my back.”

So she avoided the driver.  And she says he avoided her.

A year later, July 2018, she alleges, a dispatcher in the garage made another move.

“Our garage was full of operators, it was right before we left on the afternoon rush and the dispatcher working that day walked right up to me and just kissed me in front of everybody.”

She says the incident was so humiliating especially since the man she says is someone she barely knew,

“He’s not a friend of mine, not someone I would consider a friend at all.  He is our dispatcher.”

She tried to move on.  But it wasn’t easy.  Later that month, she says, on three occasions off-duty operators were able to track her through on OC Transpo’s AVLC computer system.  Bailey says the system serves as a GPS of sorts for drivers.  If you enter a driver’s number, you can track their route, break times and stops for the day.  She says one driver showed up at her breaks, unannounced, twice.  It made her nervous.

For Bailey this was her breaking point.

“I started to wonder why I was feeling so much anxiety on the job because I’m a really happy person and I started getting worried. Every time I walked into a garage and every time I pulled up to my break spots it would just be worry and panic.”

So Bailey decided after more than three years to report the alleged harassment.

First, she reached out to her union, the Amalgamated Transit Union (ATU) for some guidance.  According to emails provided to CTV from Bailey her first contact with the union was on August 24, 2018.

“Before I send this anywhere or book an initial meeting to discuss this...could you please read it. I would love to hear any thoughts or feedback you may have. And I would really appreciate your advice on how to proceed,” Bailey writes in the email.

There is an email exchange about concerns around OC’s computer system.

On the evening of August 30, 2018 Bailey sends another email, obviously frustrated.

“Please inform me how to officially file a greivance (sic) against the company,” Bailey writes, “And also...ive (sic) waited a week and I see no progress toward a resolution that is satisfactory to me.”

That’s when Bailey says she decided to take her issues to management on her own.

“So I sent a formal complaint into my direct manager.”

In the letter, sent to her supervisor, Bailey refers to an “unsafe work environment” adding that “OC Transpo MUST take steps to correct it.”

Bailey says her supervisor took the complaint to middle management but she feels like they didn’t take her concerns seriously.

“They never talked to me at all,” Bailey says instead she says her bosses and union had discussions without her,

“they all had a meeting together and decided this was all a normal part of my day to day work life.”

ATU President Clint Crabtree says the union never had a meeting with management without Bailey present,

Crabtree says they offered to support Bailey but she turned them down,

“She wanted advice from a lawyer she did not want the union advocating on her behalf.”

Bailey says she felt frustrated and alone, so she stopped working.

“I told them when you change your privacy settings and give me a safe place to work where I don’t have to worry about being found all the time, I’m not a target for sexual assault and harassment then I will be back.”

She says in September 2018 she decided to reach out directly to OC Transpo General Manager John Manconi.  She says within days Manconi had arranged a meeting,

“My message is loud and clear there’s zero tolerance to any harassment or bullying, so when the few that we’ve become aware of have been brought to my attention we’ve taken action,” Manconi tells CTV.

Manconi says he immediately called for a third-party investigation into Bailey’s allegations.

“There have been a few allegations that have been raised directly to me,” Manconi says, “none of it is excusable, one is one too many so I really don’t care if there’s one or more than one I’m not going to tolerate any of them.”

Manconi says because of “legalities” he can’t get into the exact findings of the investigation released in April but says he has taken “appropriate action”,

Manconi won’t say how many cases of harassment and bullying have been reported to OC Transpo, but does confirm another allegation of assault in March.  CTV has confirmed the incident happened at 1500 St. Laurent Boulevard on March 15th and was reported to Ottawa Police on May 21st.  The police report details accusations from a female driver of a physical altercation. The investigation is not complete, no charges have been laid. Manconi says he too has looked into the incident,

“I’m not going to get into what disciplinary action occurred, there was some fault on both parties in terms of the altercation.”

Manconi admits it’s been a difficult year for OC Transpo and its employees.  January’s deadly Westboro station bus crash, the delay of LRT and the disappearance of a driver trainer in May,

“Everything that the community goes through those thousands of employees they carry it on their shoulders every single day,” Manconi says,

“They care about this community.”

Since Bailey brought her complaint forward Manconi says the company has taken action.  The company’s AVLC computer system has been changed making it more difficult to track bus operators.  OC Transpo has launched a Workplace Harassment Committee, which Bailey is a member of, to develop initiatives to make the transit company safer for employees.  It includes a “refreshed” zero-tolerance internal ad campaign.  This week, Manconi plans to meet with every manager and says they’ll be “re-trained” on how to deal with harassment and bullying complaints.

“We have great managers, we have great middle managers, supervisors  and superintendents but if there’s one or a few of them who haven’t brought the sensitivity to this matter or their roles as a manager,” Manconi says, “let’s get into the room and spend some time and go over everyone’s responsibility.”

Bailey hopes coming forward to tell her story will have an impact on other female employees.

“I’m hoping that me speaking, it will give a voice to my fellow coworkers, my female counterparts. Who maybe feel this is a very normal part of our workplace and there really isn’t a problem and this is just a normal part of our day. I just want to let them know this is not normal.”

“We can stand up for ourselves and we can have a voice.”

Bailey’s husband is an employee of Bell Media, the parent company of CTV, but played no role in this story.