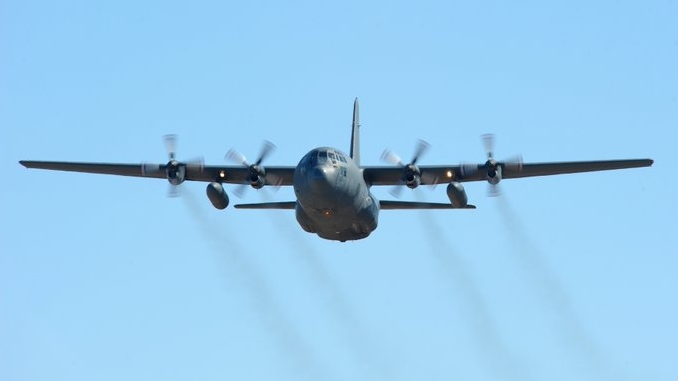 A picture of the CC130H Hercules that assisted in a rescue on Lake Winnipeg. (Source: Twitter/JRCCTrentCCCOS)

OTTAWA -- A Royal Canadian Air Force CC-130H Hercules is set to fly over TD Place and the Glebe this afternoon.

As part of Canadian Armed Forces and Family Appreciation Day at the Redblacks game, the CC-130H Hercules will conduct a flyby over Ottawa at approximately 4 p.m.

"The aircraft from 424 Transport and Rescue Squadron will fly at an altitude no lower than 500 feet above the highest obstacle on their route," said the Canadian Armed Forces in a statement.

"Flybys by RCAF aircraft are carefully planned and closely controlled for public safety, and are dependent upon weather and operational requirements."

The CC-130H Hercules is primarily used for search and rescue operations.

A Royal Canadian Air Force CC-130H Hercules will conduct a flyby over the Ottawa @Redblacks game at TD Place Stadium on October 16 at approximately 4 p.m. pic.twitter.com/P7lVDd53nA

The Redblacks host the Montreal Alouettes at 4 p.m. at TD Place. For tickets, visit ottawaredblacks.ca for tickets.