However, one eastern Ontario Township is refusing to jump on the campaign, saying one of their crossings is unsafe.

Train whistles are a common sound for residents living in Front of Yonge Township and the Village of Mallorytown, throughout the day and through the night.

It's an issue KOA Campground owner and township councillor Richard Marcoux says they are trying to fix.

"It's a constant feedback from our clients from the noise, they can't sleep, it's very disruptive," Marcoux said. "They think they're coming camping in a rural area and it's worse than being in the city."

To propose ceasing whistles between 10 p.m. and 6 a.m., a Train Whistle Cessation Study was implemented by the United Counties of Leeds and Grenville in 2017.

It revealed that three of the four crossings in the township would need minor safety improvements. It also noted the most dangerous crossing, right in the village, needs major upgrades, according to township Mayor Roger Haley.

"There's line of sights, road safety, the crossing is too high, it's just a mess," Haley said. "Since that time, almost five years now, we've been working on the safety of this crossing." 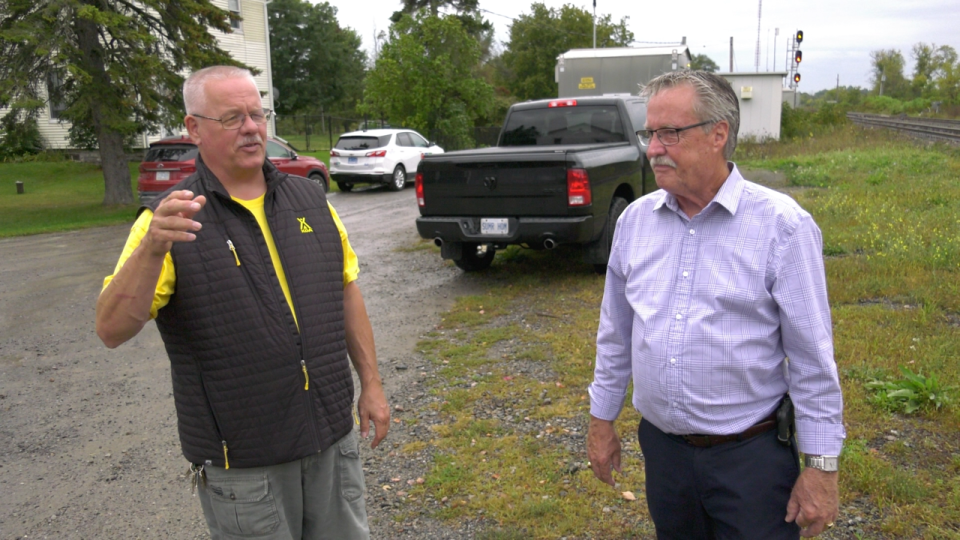 A national Transportation Safety Board report from April 2019 also noted that, "Whistle cessation may be implemented once recommended actions for safety improvements at the crossing have been completed."

A train derailment at the crossing on County Road 4 occurred in 2008, involving a semi truck and a VIA Rail passenger train.

Ten people were injured when a truck with a low-boy trailer got hung up on the tracks and was hit by an eastbound train.

Haley said after that incident, only one minor safety change was made to the crossing.

"All they did after the derailment was put a sign up on either side of the tracks saying low-lying trucks shouldn't use this crossing," Haley said.

"A few weeks ago, (CN) sent out a request for municipalities to endorse Sept. 20 to the 26 for Rail Safety Week," he added. "My council, we were quite surprised given the situation here, and why would we do that? Why would we endorse a company that doesn't abide by its own safety regulations? It's sort of hypocritical."

Haley said he's even reached out to federal transportation ministers for help on the issue, but nothing has come of it.

Both men say they were in discussions with CN after the engineering study was released, but talks have now slowed.

"In this case CN is ignoring us," Marcoux said. "They are just not participating at all, they are not living up to their end of the bargain and this rail safety week is like an insult to us."

"So far they've called us maybe once a year saying, 'Oh yeah, we're on top of it,' but they haven't done anything about it," added Haley.

"Nobody would build a road like a ski ramp that we have here, and that's what that truck got hung up on," said Marcoux. 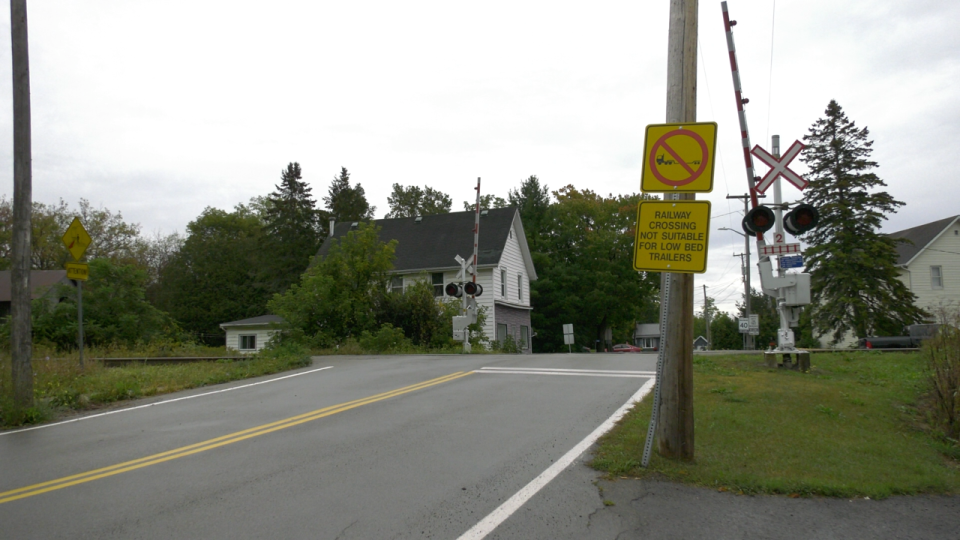 Marcoux said rail-crossing upgrades, when underway, would be a joint effort between the rail authority and road authority.

"From what I understand, those two authorities come to an agreement, split the cost and there are even government grants we've been told about that help with these type of things," he said. "But, until CN will come to the table and talk with the road authority, we can't even get started."

"This is very frustrating," he said.

"Once it's all safe, we can have the whistles turned off, but the first thing is we've got to get this (crossing) safe," said Marcoux.

"It's just very disappointing that CN asks for an endorsement for a safety week but they don't show that they have many serious thoughts about doing that," added Haley.

"Safety is a core value at CN and we have been in touch with the municipality of Mallorytown on this issue. We are currently working with our partners in order to find a safe and reliable solution to accommodate the municipality needs."