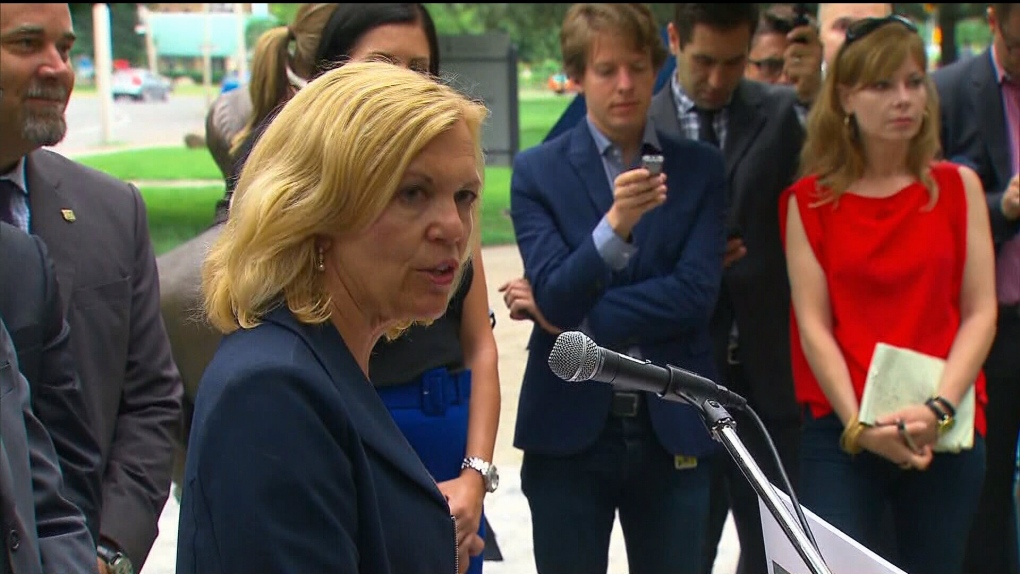 TORONTO -- Ten former Ontario health ministers across the political spectrum urged the provincial government Thursday to reverse its cuts to public health funding, saying work such as preventing disease outbreaks is being put at risk.

"Public health helps Ontarians stay healthy, so they don't need to go to the doctor, or a hospital, saving time and money," the former politicians wrote in an open letter to Health Minister Christine Elliott.

"If the government wants to end hallway medicine, as you have pledged, one of the best ways to do that is to actually invest more, not less, in public health."

The Progressive Conservative government is lowering its share of public health spending as it works to eliminate an $11.7-billion deficit, requiring municipalities to contribute millions more to their health budgets than anticipated. The changes are retroactive and take effect after municipalities have already passed this year's budgets.

The former ministers, including six Liberals, three New Democrats and one Progressive Conservative who served for five years under premier Bill Davis implored Elliott in their open letter to stop what they call "drastic" cuts.

They cite the 2003 SARS epidemic, which killed 44 people in Toronto, as evidence of the "devastating impact of failing to invest in public health."

"Traditionally, ministers of health have avoided commenting on the policies of their successors," they write in the letter. "Health has been seen as a non-partisan issue -- something we all support. This attack on public health has prompted us to break our silence.

Elliott said the cost-sharing changes are being phased in over three years and for many municipalities it's not a huge change.

"That is something that I'm sure if they concentrate on the priorities of public health that they will be able to find those savings," she said.

The government is also working on consolidating the province's 35 public health units into 10, which the agencies say could affect the delivery of programs and lead to layoffs.

Elliott said concern about the amalgamations is premature, as the province will discuss proposed new boundaries with municipalities and public health units through technical working groups.

Former Liberal health minister Helena Jaczek, one of the letter's signatories, noted that the public health cuts and amalgamations come as the province is also reviewing regional municipal government structures and creating health teams that may be responsible for different areas than public health units and municipalities.

"What is happening now and what is going forward is a potential for incredible confusion and chaos within the system," she said.

Toronto has been loudly campaigning against the cuts to public health, as well as other provincial cuts to municipal funding such as child care, and Mayor John Tory launched a petition Wednesday, urging all residents to sign. All told, the city says it will be out $178 million this year, though the province disputes that number.