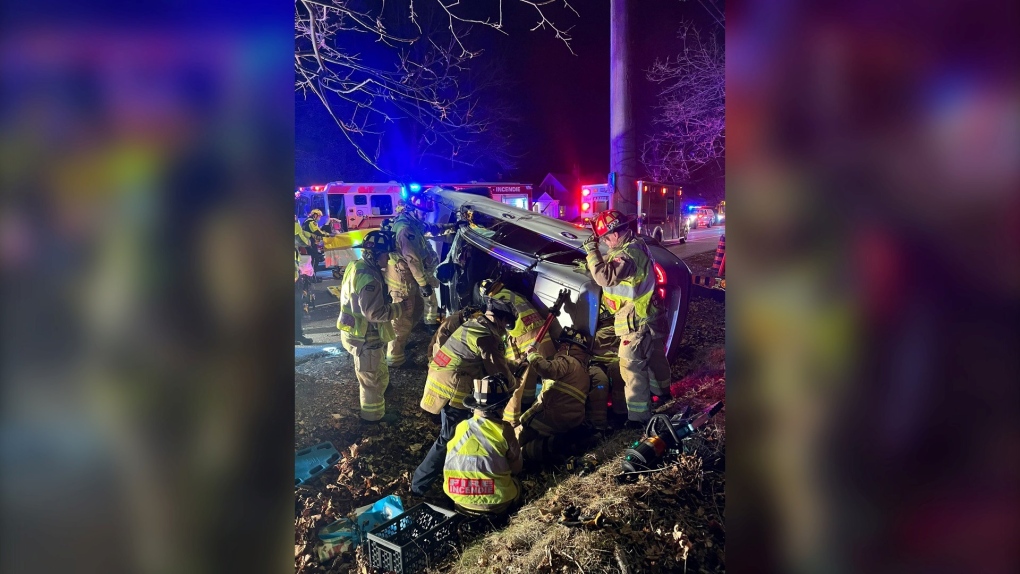 Ottawa fire said on Twitter that one vehicle rolled several times and landed on its side.

In an update Thursday evening, Ottawa fire said four people were trapped inside one of the vehicles after it rolled several times and landed on its side.

None of the injuries are considered life-threatening.

@OttFire Firefighters used specialized tools to remove the roof of the vehicle to access the occupants. Between 18:51 & 18:54, Firefighters safely extricated all 4 occupants out of the vehicle. @OttawaParamedic took over patient care. #OttNews 2/3 pic.twitter.com/agq6bHmaxf

Convicted murderer Daniel Jolivet, in prison for the past 30 years, has maintained his innocence since the day he was arrested. W5 reviews the evidence he painstakingly assembled while behind bars. W5's documentary 'Buried Evidence' airs Saturday at 7 p.m. on CTV.

Dozens of Russian and Ukrainian prisoners of war have returned home following a prisoner swap, officials on both sides said Saturday.

Marit Stiles is expected to be confirmed as the new leader of the Ontario NDP today.

In the field of cancer treatment, nothing is more important than diagnosing and treating the problem as quickly as possible — but according to new survey data, about one in four Canadian cancer patients report that they are still experiencing cancelled or postponed appointments.

In a terrible way, the death of Tyre Nichols brings vindication to members of the Black community in Memphis who live in terror of police.

A train derailment and resulting large fire prompted an evacuation order and a declaration of a state of emergency in an Ohio village near the Pennsylvania state line on Friday night, covering the area in billows of smoke lit orange by the flames below.