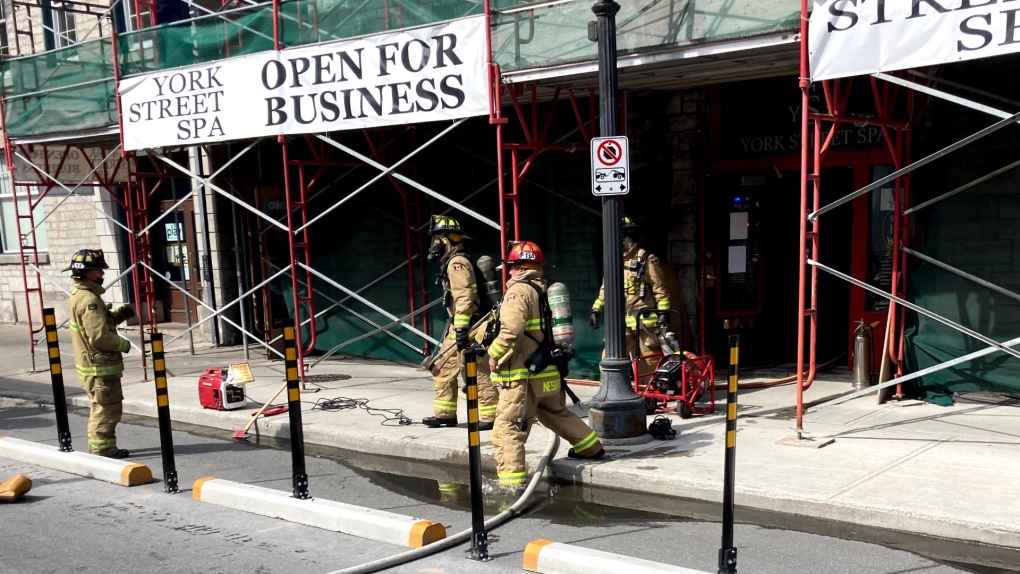 Ottawa firefighters at the scene of a dryer fire in the basement of the York Street Spa in the ByWard Market. Tues., Sept. 21, 2021. (Photo courtesy of Ottawa Fire Services)

OTTAWA -- Ottawa firefighters quickly extinguished a dryer fire at a spa in the ByWard Market Tuesday.

Calls to 911 came in at around 11:45 a.m. from the York Street Spa, where one of the dryers in the basement had caught fire. There was thick smoke in the basement and on the first floor.

The fire was brought under control within ten minutes of crews arriving.

One of the 911 callers was still inside the building when they called, and the dispatcher remained on the line with them until they were safely outside. No one was left in the building by the time the fire was out.

One person was treated for smoke inhalation.

An investigator was sent to the scene to determine the exact cause of the fire. The Ottawa Fire Service reminds everyone to clear out lint traps in dryers, keep the area around the dryer free of flammable objects and ensure outdoor vents are unobstructed.