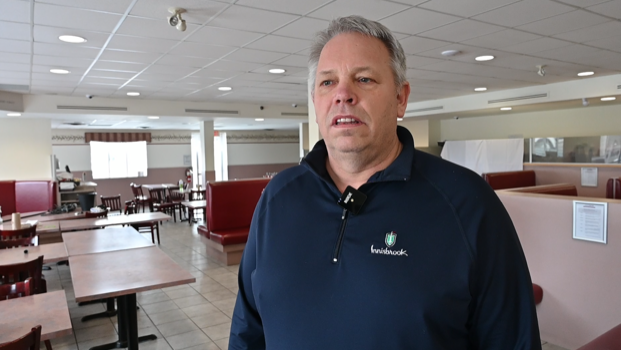 ARNPRIOR -- Finding places to re-fuel, rest and eat is becoming increasingly difficult for truckers on the road, as truck stops are forced to reduce services during the COVID-19 pandemic.

The Antrim Truck Stop, near Arnprior, closed its restaurant last week and laid-off 30 employees because of the pandemic. The restaurant typically serves up to 1,000 customers daily.

Now, food from its kitchen and bake shop is only available by take-out. The number of daily customers is down to about 50.

“Our truck drivers are very important to the community and it’s our responsibility to look after them. Our owner, Mrs. Cameron told us to keep it open at all costs. Look after the trucking community and that’s what we’re doing as a team.”

Truck and rest stops in Ontario are on the Ontario government’s essential service list. Antrim was hopeful, however, that it might be able to keep part of its restaurant open to give truckers a place to eat after long days on the road.

“We thought we’d get some kind of exemption, 50 per cent of the restaurant perhaps, a place for them to stretch their legs, but unfortunately this is what it is and we just have to adapt to it,” said Orr.

Driver Lyndon Thurston believes truck stops are critical to a trucker’s life on the road.

“You’re hearing on the news how we’re supposedly essential. I’ve been to some truck stops, and they have the washrooms closed. They tell you you can take out food, but you can’t use the washroom,” said Thurston.

“I think truck stops, even the restaurants, should be considered essential. These places are super needed. It’s hard for us.”

Thurston said some truck stops he’s been to don’t even want him to enter the premises, especially if they know he’s been driving in the United States.

“It’s worse than 911. Everything has changed. They find out that you have driven in the states and stuff, they back off on you. But realistically, in a whole day, most long haul drivers, if they meet five people a day, that’s a lot because we’re always in the cab.”

Other truckers are spending more time eating, resting and living in their trucks to ensure they’re physically distancing, now that restaurants in truck stops are closed.

"We’ve got our own microwave and fridge and don’t go to restaurants at all, other than the washroom," said trucker, Don Ratcliffe.

“We’ve got our own coffee maker, own food, other than going to the grocery store to pick up things like anyone else, that’s about it. We usually get enough for two weeks.”

As Ratcliffe’s wife, Jennifer McLean, unloads left-overs and sandwiches from a cooler inside the cab, she affirms her husbands conviction that it’s necessary to be self-sufficient on the road during this pandemic.

“It’s very low key and it saves us from shopping and going into any restaurants. We don’t want to do that.”

Meanwhile, Antrim’s Tom Orr is looking forward to life eventually returning to normal for truckers and employees at the Truck Stop.

“Without them being able to get in here and sit down, I think it’s pretty lonely for a lot of them. A lot them are kind of being shunned. We’ve been helping to look after them for 40 years. The trucking industry is special to the family here.”