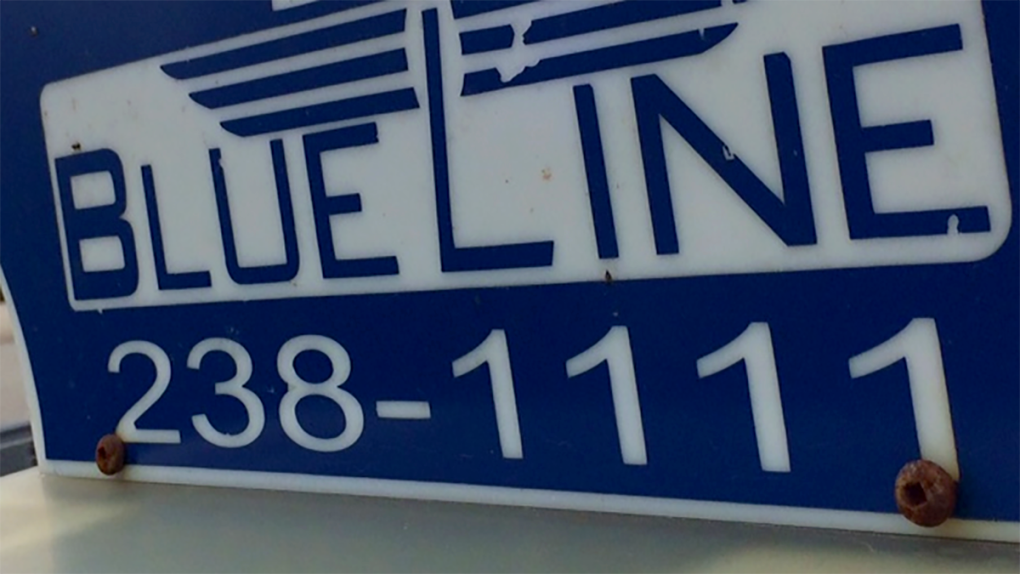 OTTAWA -- Ottawa police are warning the public about a credit and bank card skimming scam involving a fake BlueLine taxi in the city.

Police have received several complaints this week from people being defrauded after using their personal credit or bank card to pay for a taxi fare.

Police say in all incidents, a suspect approaches the victim in a shopping mall parking lot asking them to pay for their cab fare, explaining that the driver does not accept cash because of COVID-19 regulations.

"If the victim accepts, he is then brought to the nearby taxicab to complete the transaction using their own credit/debit card," police said in a statement. "The suspect then pays the victim with cash for the transaction."

Police add that when completing the transaction, the driver switches the victim's credit/credit card for a false one and the PIN number is obtained surreptitiously.

"The victim’s card is then used to complete fraudulent transactions," said police. "In all reported incidents, a fake BlueLine taxi vehicle was utilized."

In a message on Twitter, BlueLine Taxi Ottawa said, "A fraudulent taxi is operating in Ottawa using a BlueLine sign with 121 on the top.

"This is not an authorized taxi! This vehicle is defrauding customers by asking for the (credit card payment) and swapping the CC without you being aware."

**ALERT**RETWEET
A fraudulent taxi is operating in Ottawa using a Blue Line sign with 121 on the top. This is not an authorized taxi! This vehicle is defrauding customers by asking for the CC pymt & swapping the CC without you being aware. If seen report to the @OttawaPolice pic.twitter.com/e9Xa3EzSuM