OTTAWA -- Council used the final meeting of 2020 to approve the spending plan for 2021.

Councillors approved the $3.9 billion spending blueprint, which includes a three per cent property tax increase and hikes to water and sewer rates. It also comes with a projected $153 million deficit, should the COVID-19 pandemic last for all 12 months of 2021 though, with vaccines on the horizon, the full burden of the projected deficit may not be realized.

The budget passed Wednesday afternoon by a vote of 18 to 6.

However, there were some items in the budget that led to debate, notably policing and transit.

The Ottawa Police Services Board passed its 2021 budget in late November after two lengthy meetings in which nearly 100 members of the community demanded the board scrap a planned $13.2 million year-over-year increase in spending.

Board chair Coun. Diane Deans told CTV Morning Live after the budget had passed that they could not make a $13 million cut so soon.

"You can't, just a few days before you pass a police budget, decide to reduce the numbers by 13 million dollars. That would have meant layoffs at police because most of the increase that they're getting this year goes to cost of living increases and their salaries," she said. "Those are negotiated through collective bargaining so, if we didn’t have that money, it was going to be a cut to police." 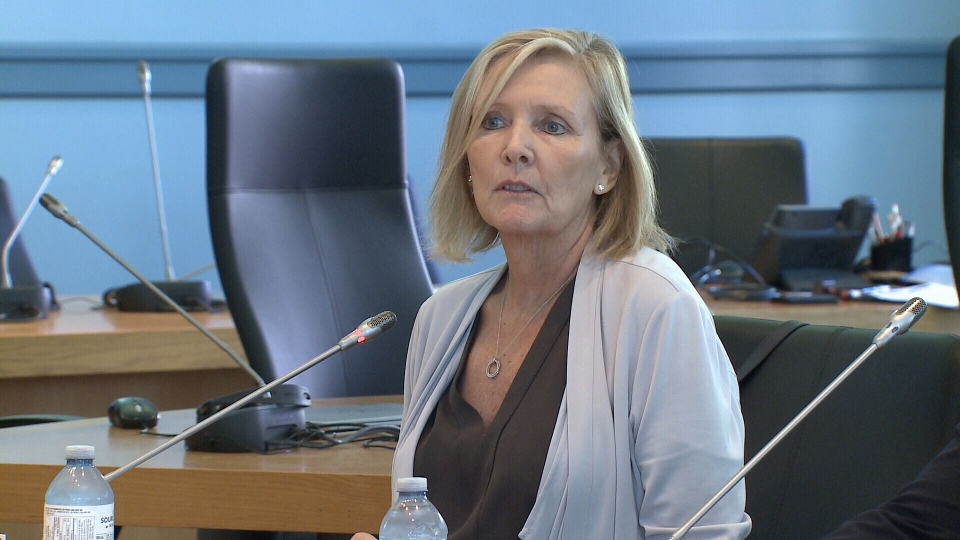 Somerset Ward Coun. Catherine McKenney said on Tuesday they plan to move a motion to redirect $13.2 million from the police services budget toward affordable housing and other social services initiatives.

I will not support the increase to the Police Services budget tomorrow. Instead I will bring a motion to invest $13.2M in housing, social services and a community-based response to the growing mental health crisis in our city. https://t.co/PC91cQCU8Z

Speaking on Newstalk 580 CFRA's "Ottawa Now with Kristy Cameron", McKenney said now is not the time to spend more money on police.

"I believe that that $13.2 million should be put towards more housing for people, better approaches to mental health crises and our social services sector," they said. "If we're going to shift how we do things, and we have to, now is the time."

At the council meeting Wednesday, Mayor Jim Watson referenced the police budget in his opening remarks and said he supports the budgetary increase.

"I believe the Ottawa Police Service needs to maintain funding levels in order to increase its investments in community-based policing and in order to bring about operational changes the community clearly expects," the mayor said.

Deans asked her council colleagues to support the budget, but acknowledged the difficulties experienced by members of the community, particularly those who are Black Indigenous People of Colour (BIPOC).

"The message is clear that trust in policing has eroded, especially for members of our BIPOC community. As a result, we have a population of citizens that are hurt. To restore their faith, a great deal of work needs to be done. I truly believe that the work this budget will support will bring at least some of the change we so urgently need," Deans said.

She also said a working group would be created to discuss the posibility of freezing the police budget in 2022.

McKenney said Wednesday that no level of government, including the City of Ottawa, is doing enough to support marginalized people who need help.

"There's no way I could consciously go along with such an increase to police services when people are telling us that they want something different. The city is telling us they want us to reconsider how we address society; how we address poverty and homelessness and mental illness and addictions, and this is not it."

The police budget passed without changes Wednesday by a vote of 19 to 5. Councillors Jeff Leiper, Catherine McKenney, Mathieu Fleury, Rawlson King and Shawn Menard voted against the budget. All other councillors and the mayor voted in favour.

A motion by Menard to redirect $1.2 million of revenues generated from red light cameras be diverted away from the police service and toward the Transportation Committee budget failed in a 16 to 8 vote against it.

OC Transpo has experienced one of the most significant financial impacts of the COVID-19 pandemic, seeing ridership drop to record lows, which has led to a major loss of fare revenue.

However, the people who manage the transit system say they're not willing to make cuts to service, no matter how many empty buses are rolling down the street. 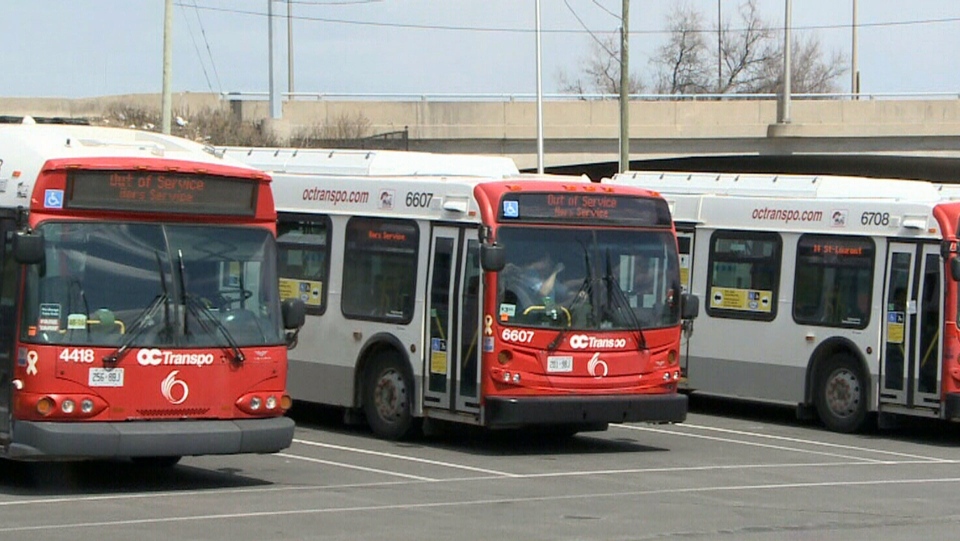 However, speaking on CTV News at Noon on Wednesday, Brockington, who sits on the city's transit commission, backed away from that figure—a result, he said, of a recent meeting with the top brass at OC Transpo.

"Some of those proposed cuts we were thinking about do impact passengers and/or personnel, so we've backed off on those but we still think there are lines, including overtime, that could be looked at. We will be pursuing that tomorrow," he said.

In a statement on Twitter, Brockington said he and Meehan would, instead, seek to reduce OC Transpo's overtime budget by $2.7 million, which he said could cut the proposed 2.5 per cent fare increase in half.

Please see my public statement, clarifying my intentions with respect to the OC Transpo budget.https://t.co/2ePmemzmjX pic.twitter.com/if2VjAJOfE

Speaking on Newstalk 580 CFRA's "Ottawa Now with Kristy Cameron", Amalgamated Transit Union Local 279 President Clint Crabtree said Brockington and Meehan's proposals are an attack on his members and warned that cuts to the operating budget could lead to reductions in service.

"My members have been the hard-working and dedicated members that have come to work and displayed this throughout the unprecedented COVID-19 pandemic," Crabtree said. "To make any cuts to the operational budget and funding is going to lead to overcrowded buses. Those overcrowded buses will lead to less social distancing, which puts my members' safety at risk. You also may be looking at a staff reduction."

OC Transpo General Manager John Manconi has repeatedly said he has no plans to reduce service during the COVID-19 pandemic.

Fares are budgeted to go up 2.5 per cent on January 1.

Councillor Rawlson King is calling on council to freeze fares in the new year until 60 days after the COVID-19 pandemic is declared over or after the city's state of emergency is lifted. The motion failed on a vote of 17 to 7, with councillors Leiper, McKenney, Fleury, Kavanagh, King, Deans, and Menard voting in favour.

Councillor Shawn Menard put forward a motion to freeze fares and pay for it using $5.1 million in reserve funds, but Mayor Jim Watson ruled the motion out of order because the funding would not be available. Menard challenged the ruling, but was defeated 19 to 5.

The operating transit budget passed by a vote of 15 to 9. Councillors Leiper, McKenney, Meehan, Fleury, Kavanagh, King, Deans, Chiarelli, and Menard voted against it.

Council voted to extend the partnership between the City of Ottawa and Ottawa Sports and Entertainment Group for another 10 years.

By a vote of 16-7, Council endorsed the staff recommendation to extend the partnership, and allow OSEG access to $4.7 million in reserve funding.

Keeping pro sports in the heart of the city could be contingent on council voting in favour of a financial aid package for the Ottawa Sports and Entertainment Group.

On Monday, Ottawa Mayor Jim Watson said that OSEG had agreed to keep the CFL's Ottawa REDBLACKS and the OHL's Ottawa 67's operating into 2030, provided that council agrees to extend the partnership with OSEG for 10 years and allow access to $4.7 million in reserve funding for operations this year. The City would also establish a working group to look at the long-term sustainability of Lansdowne. 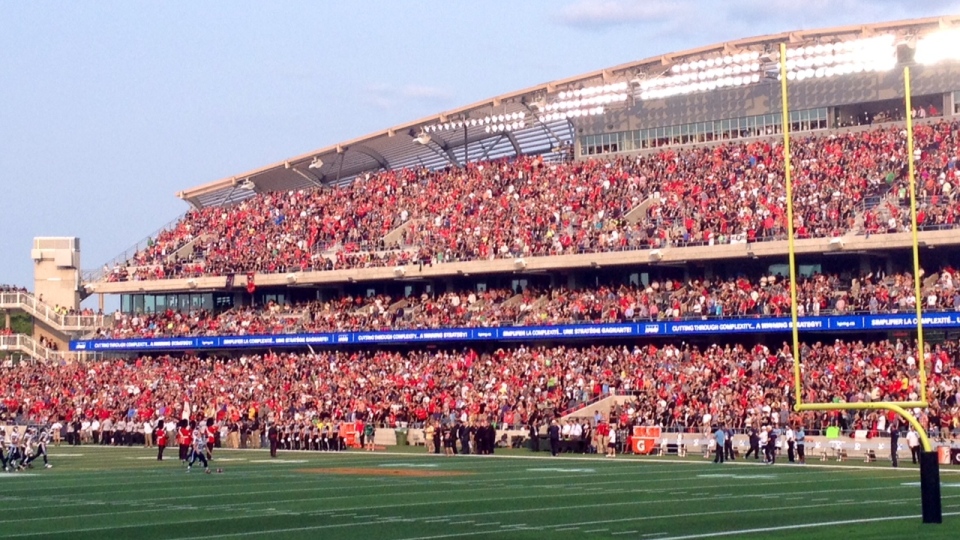 COVID-19 has cancelled sporting events in both leagues and also prevented live concerts and other shows, which has had a significant effect on OSEG's ability to make use of TD Place.

Bay Ward Coun. Theresa Kavanagh told Newstalk 580 CFRA's "Ottawa Now with Kristy Cameron" on Tuesday that she would not support the extra funding for Lansdowne Park.

"I'm not comfortable with the arrangement," Kavanagh said. "It's a private-public partnership and I think this is something we could have done better. It's very large companies and we're assisting them with tax dollars. We want to make sure those tax dollars are well-spent. There are a whole bunch of things out there that we need to spend money on, and this isn't one of them."