Cardinal and Brockville, Ont. haunted houses gear up for final week of frights

BROCKVILLE, ONT. -- With Halloween less than a week away, time is running out to visit some spooky locations along the seaway, ready to make you scream in horror.

North of Cardinal, Ont., Extreme Fear Hauntings at the Cardinal KOA campground is ready for its last few days of scaring.

"It is pitch black, just a little bit of lighting," said campground owner Daniel Parent. "Just enough to see all the different props." 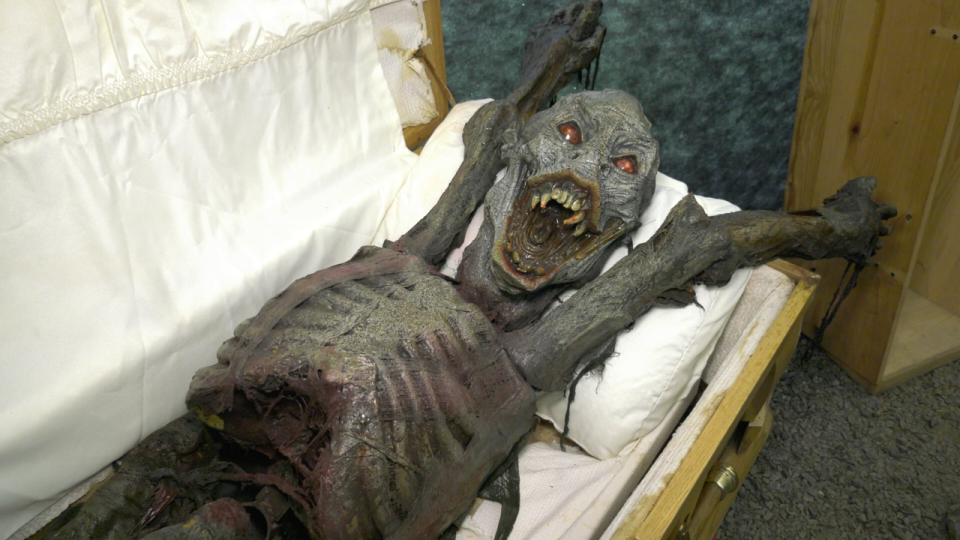 Parent has been scaring campers for the past 12 years and this year he's opened his display up to the public.

He begins setting up the two 1800 square foot tents after the long weekend in September.

Plenty of horror scenes are on display including a pitch-black maze with animatronics and live actors.

"We basically have a different set up where it looks like a house and then it goes to all kind of creepy stuff," Parent said. "We hope to keep the actors well hidden, that you don't know that they are actors and they spook you."

So scary, some guests leave after finishing the first tent according to Samantha Cook.

"I had one girl that she was actually terrified at one point, it was amazing. When you're in the zombie room is when you hear them scream. It's just the appreciation that they have for the haunted season," Cook said.

"We have some people that go through at a snail's pace because they look at the detail," she added. "It's a passion. It's more than just setting stuff up, you go out and you find pallets that make more of an effect, gating that makes more of an effect and then you add in the extras."

"It's detail; I've always been a detail person with the campground," said Parent. "We find that the more the detail, the more it interests people to look, and that's why people ask, 'Can we go through again just to see all what you've got?'"

Although, this horror show is not for children.

"It is not for kids," Parent said. "I say at least 12 and above. We had some kids Saturday night that were in that age group and had no problem with it, but it is scary."

Just up the 401 in Brockville, Dr. Foreboding's Warehouse of Horror is also looking to scare in the days leading up to Halloween.

"We use a lot of technology, motion sensor stuff, those kind of things," said Philip Parent. "We also have a ton of actors. We have a lot of high school students volunteering." 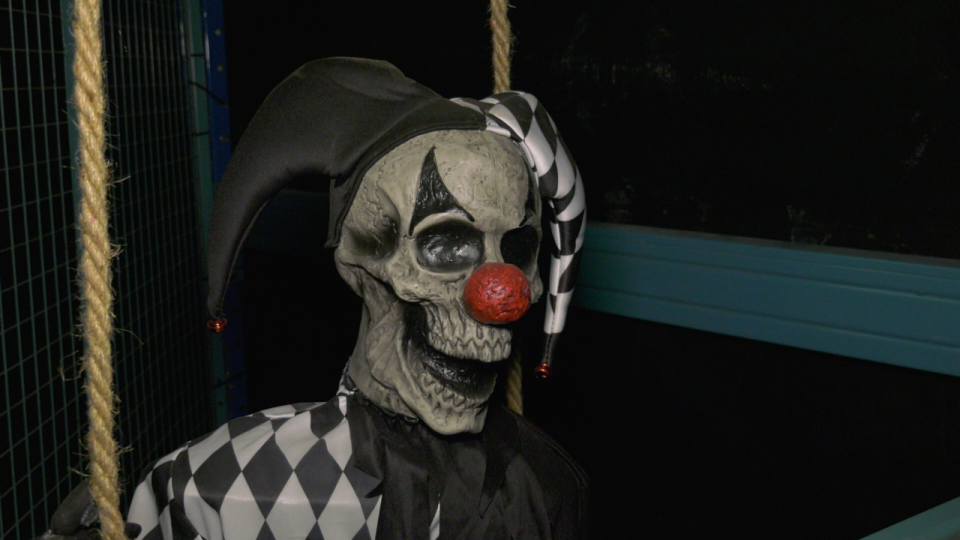 Parent says two girls were so scared to enter last week that they left to pick up a relative for moral support.

"They ran through in about five minutes and it should take about 20 to get through," he said. "They just put their head down and the relative, I think, he was more scared than the girls that picked him up!"

His ticket sales are going towards the We Are the Change charity, helping underprivileged kids get skilled trade jobs.

COVID-19 precautions are in place at both locations.

"Everything is timed so you pick your time, you stay with kind of your cohort, all the actors are masked or shielded and even some have gloves on," Philip Parent said. "All the personal protection is in place."

So far, he's been happy with the reactions of those who have dared enter the warehouse.

"Most people leave screaming, which is very nice, so that's what we're going for," he said. "My favourite part is always getting that scare or someone leaving seeing something they've never seen before."

Ticket details and times for both attractions can be found below: