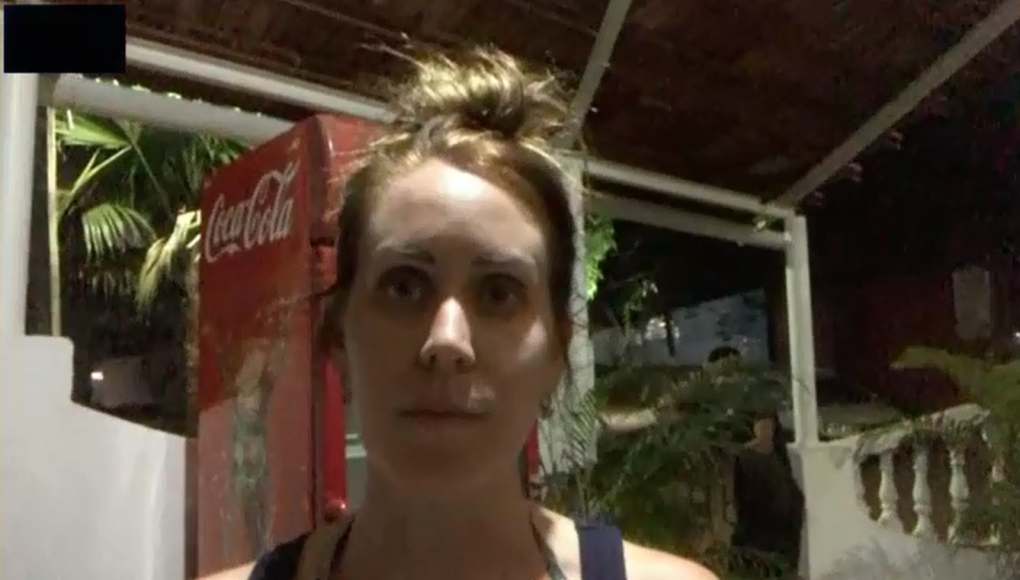 Ottawa resident Katie Tayler, speaking with CTV News Ottawa via Facetime on Saturday, remains stranded in India with her sister and mother.

OTTAWA -- After spending days trying to leave India with the country in total lockdown, Katie Tayler thought she was finally coming home.

The Ottawa resident was supposed to catch a bus on Friday from Goa, where she has been stranded with her sister and mother, to Mumbai to board a flight home.

The bus was supposed to arrive Friday morning to pick them up for the 15-hour-plus trip to the airport.

The hours ticked by. They heard nothing, and kept waiting until nightfall for the bus to arrive.

Finally, at 3:30 a.m. the following morning, a glimmer of hope; they received a call saying they just had to walk a kilometre away with all their baggage and wait, and they would be picked up.

But an hour after that—17 hours after they started waiting for the bus—their fears were confirmed.

“We received a call from the bus driver saying no more pickups, and that they wouldn’t be coming back for us,” Tayler told CTV News Ottawa on Saturday.

“It was devastating. It was just the worst possible thing we could have heard at that moment.”

India is in the midst of a 21-day lockdown due to the COVID-19 pandemic. Tayler said the driver told her he was having difficulty getting to them, with authorities in Goa clamping down.

Things got worse. When they returned to where they were staying, the property owner told them they would have to find elsewhere to stay.

“The last 36 hours have been a complete and utter blur…just a nightmare,” she said.

They found new accommodations, but Taylor said they feel newly defeated and exhausted as it remains uncertain how and when they will make it home.

They have spent more than $11,000 between the three of them on repatriation flights they haven’t been able to board.

“If they don’t get us on flights, we lose that money and we don’t have the means to get new flights to get home,” she said. “It’s kind of like a black cloud looming over our heads.”

Tayler said she recognizes Canadian authorities are trying their best to repatriate people abroad, but feels there’s a huge disconnect between the Canadian and Indian governments, and the other groups working to get people home.

Foreign Affairs Minister Francois-Philippe Champagne reiterated on Saturday that the repatriation effort is "the largest and most complex" in Canada's recent history.

"I will continue to work relentlessly with my foreign minister counterparts – on the phones, by text, and through other official channels – to help facilitate the safe return of Canadians," he said in a statement.

However, he issued a reminder that not all Canadians will be able to make it home.

“I want to remind Canadians that, despite our best efforts, it will not be possible to ensure the return of all Canadians who wish to come home," he said. "In tandem with continued repatriation efforts, we are providing heightened advice and support to Canadians already outside of Canada or unable to return."