'A lot of these have memories': Watson reflects as he auctions off special items for food bank

'A lot of these have memories': Watson reflects as he auctions off special items for food bank

In six weeks, Ottawa Mayor Jim Watson will be leaving city hall, but he’s not taking much with him. Many of the items he has received over the years have been auctioned off for a good cause.

“Well, after 15 years as mayor, you accumulate a lot of different things that are given to you,” Watson said.

Dozens of items that were gifted to the mayor were up for auction Tuesday at city hall, with all of the proceeds going to the Ottawa Food Bank. The mayor's office says the auction raised nearly $4,000.

“Ryan Reynolds Way, Paul Anka Drive, the signs that we put up across from the Russian Embassy, Sens Mile back in 2014-2015,” Watson said.

The outgoing mayor says it would be impossible for him to keep everything.

“I don't need, you know, 35 jerseys for hockey teams and football and I don't need 50 baseball caps or baseballs or soccer balls or paintings and so on,” he said. “So, I thought it was a good way to raise awareness of the food bank and particularly as we head into Thanksgiving, the need to support the food vank now more than ever.”

“It shows what kind of mayor he's been for the city of Ottawa to always be thinking about those in the community,” says Ottawa Food Bank CEO Rachael Wilson. “These funds will mean that we can go out and purchase healthy fresh items for people. We're seeing, you know, dramatic increases month over month. So anytime we receive funding, all of that goes right back into the community to support those accessing food banks.” 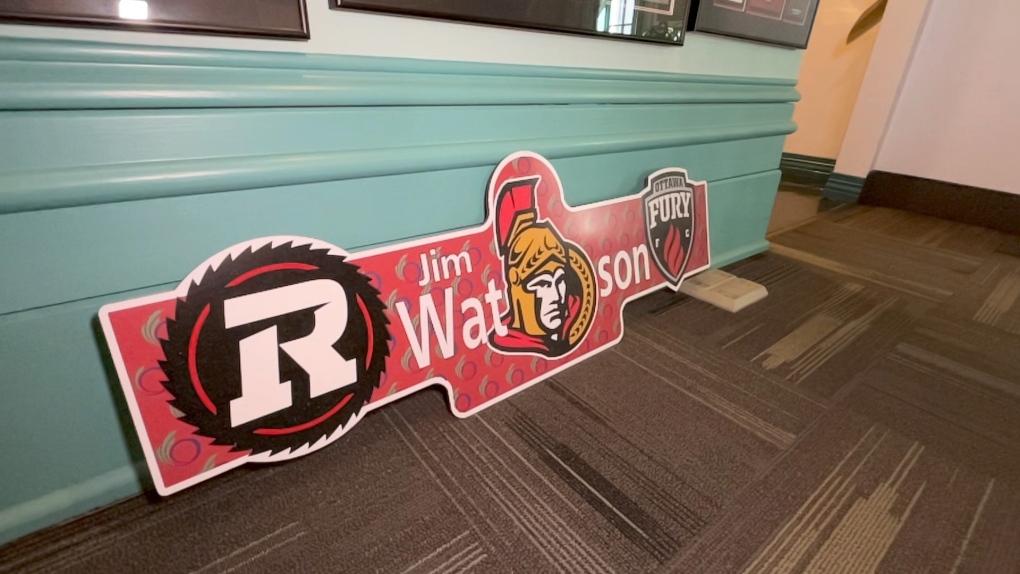 This custom sign with the Ottawa Redblacks, Ottawa Senators and Ottawa Fury logos and Jim Watson's name will not be auctioned, but will go in Watson's den. (Dave Charbonneau/CTV News Ottawa)

Watson isn’t getting rid of everything, though. A custom-made street sign with all three of Ottawa’s teams will go in his den and the cracked windshield from the snowmobile accident in 2015 that broke his pelvis will be coming home with him too. 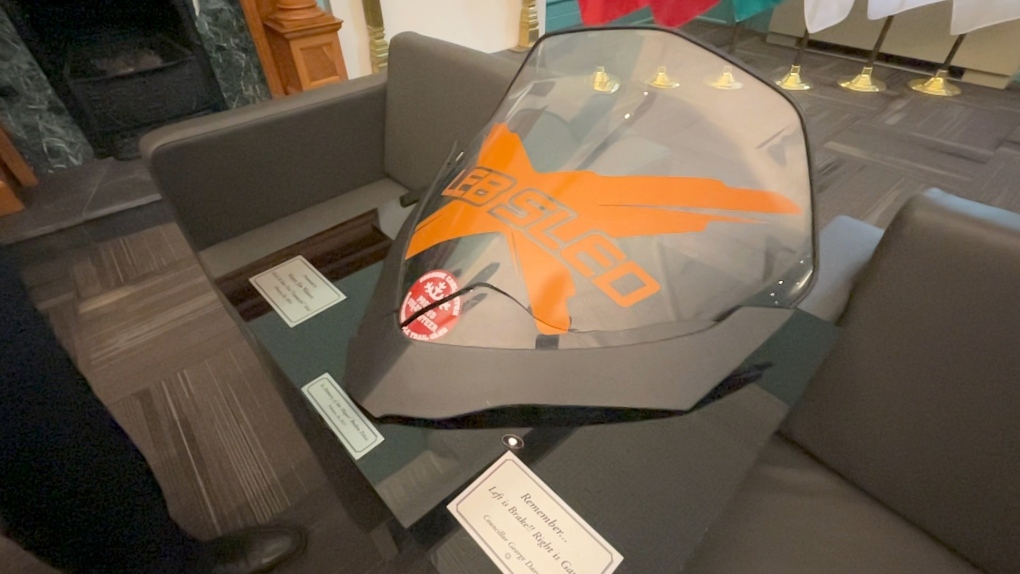 Jim Watson will be keeping the windshield from the snowmobile that he crashed in 2015, causing him to break his pelvis. (Dave Charbonneau/CTV News Ottawa)

Other special items will be sent to the archives.

And although Watson says he’s grateful for each and every gift he’s ever received, he knows they will all end up in a better place.

“A lot of these have memories,” says Watson. “But I think it's better that they go to members of the community and the funds raised go to the food bank as opposed to sitting in a box in my basement.”

Oscar, Golden Globe and two-time Grammy winning singer-actress Irene Cara, who starred and sang the title cut from the 1980 hit movie 'Fame' and then belted out the era-defining hit 'Flashdance ... What a Feeling' from 1983's 'Flashdance,' has died. She was 63.

The World Cup action in Qatar continued with Tunisia, Australia, Poland, Saudi Arabia, France, Denmark, Mexico, and Argentina all playing. CTVNews.ca takes a look at everything you need to know from Day 7 of the tournament.

Fleeing shelling, civilians on Saturday streamed out of the southern Ukrainian city whose recapture they had celebrated just weeks earlier as the country remembered a Stalin-era famine and sought to ensure that Russia's war in Ukraine doesn't deprive others worldwide of its vital food exports.

Canada is importing more children’s medication amid an unprecedented surge in demand, but the head of the Ontario Pharmacists’ Association warns that the supply will still need to be rationed if it’s going to last.