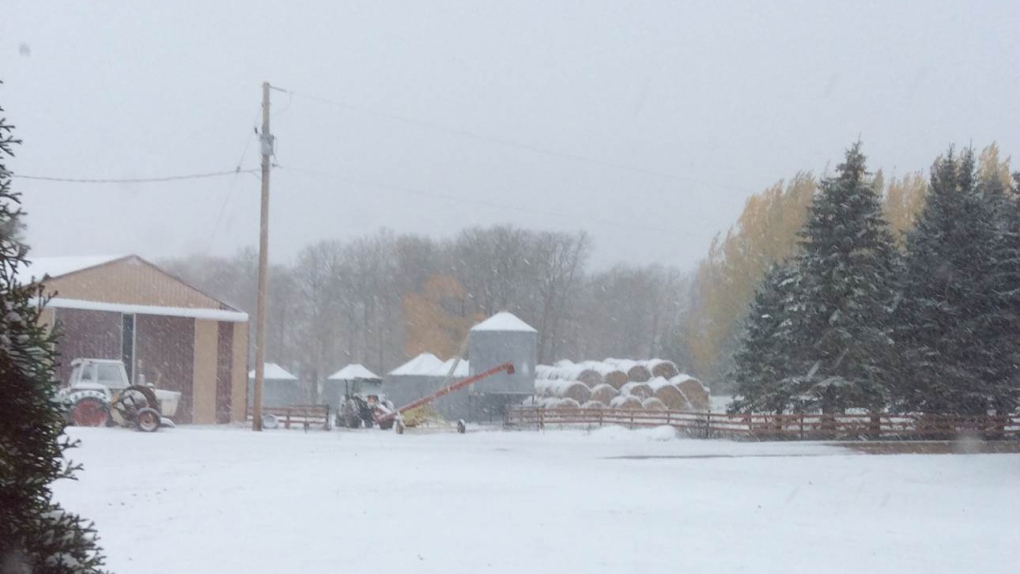 WINNIPEG -- A first, early blast of windy, winter-like weather has knocked out power and made travel nearly impossible in many parts of southern Manitoba.

Heavy, wet snow started Thursday and is expected to last into the Thanksgiving weekend, making driving a sloppy, slippery mess.

RCMP have closed the Trans Canada Highway from Portage la Prairie to Brandon because of poor conditions and several other highways southwest of Winnipeg have also shut down.

In the capital, Winnipeg police report power lines down and numerous traffic lights out.

Environment Canada has issued winter storm warnings across the entire southern part of the province, advising that as much as 50 centimetres of snow could fall in some areas.

Winds are also an issue with gusts expected to reach 80 km/h and as high as 100 km/h off area lakes.

"Travelling will become difficult if not impossible as the day wears on, with heavy, accumulating snow, strong winds and temperatures near zero resulting in treacherous conditions," the weather warning reads.

"The combination of heavy, wet snow and strong winds will likely result in downed trees and power lines."