3 Apples Bakery: An artisan's touch and all gluten-free

PAKENHAM, ONT. -- In the village of Pakenham, west of Ottawa, there's a painted rainbow that stretches along a portion of its main street.

It leads to a place where dreams come true.

The dreamers are Cordon Bleu Chef, Matthew Dobry, and his wife, Kealy Mann, a doctor of naturopathic medicine.

The couple's dream is to make delicious baked goods - sourdough breads, croissants and pastry - all of it scrumptious and gluten-free.

"Whether you're gluten-free, or gluten-friendly, it's really something everyone can enjoy," said Mann.

Dobry is excited by the culinary challenge.  He's worked in restaurants, hotels, and Parliament.

"My Dad is the best," said 7-year-old Esmee Mann-Dobry.

"He went to cooking school when he was 15, and he was amazing," she said with pride. 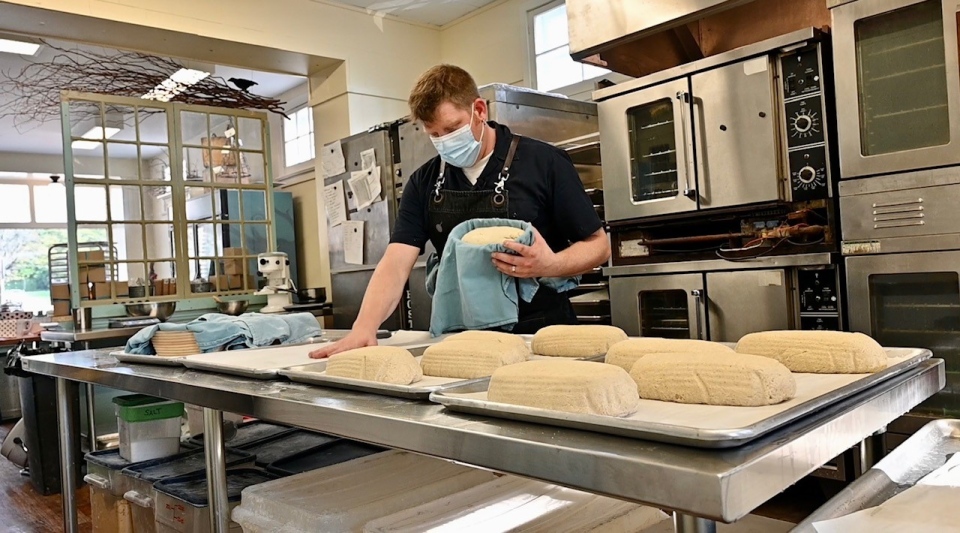 Dobry owned and operated a catering business, but chose to close it during the pandemic. His wife, Kealy, gluten-free for 20 years, encouraged Matt to use his culinary gifts in the village where they live.

"For years, we’ve really seen the impact that food has on people’s health, so we really wanted to create a place to provide that healthy food for people," said Mann.

"She bought me a course on gluten-free sourdough baking and I started messing around with it. I baked a few loaves of bread and thought, 'Wow, this is pretty awesome,'" said Dobry.

Dobry believes his breads rise above other gluten-free varieties because of the process he follows. He makes five tasty varieties and each loaf takes two and a half days to complete. Long cold fermentations and superlative ingredients give his gluten-free loaves rich flavours and elasticity.

"It develops that texture and crumb that people identify with a hearty homebred bread," said Dobry.

The bakery is called 3 Apples - appropriate given family is at its core.

"It's called 3 Apples Bakery because my mother and father have three daughters," said a smiling Esmee.

Unofficially, though, there's another reason for the name of the business.

"It's something we shouldn't say because there might be some issues," laughed Rhemy, one of Esmee's older sisters.

Still, her father spills the beans.

"My mother-in-law calls me '3 Apples' because that’s how tall I am--three apples stacked on top of each other. Like the Smurfs," smiles Dobry. 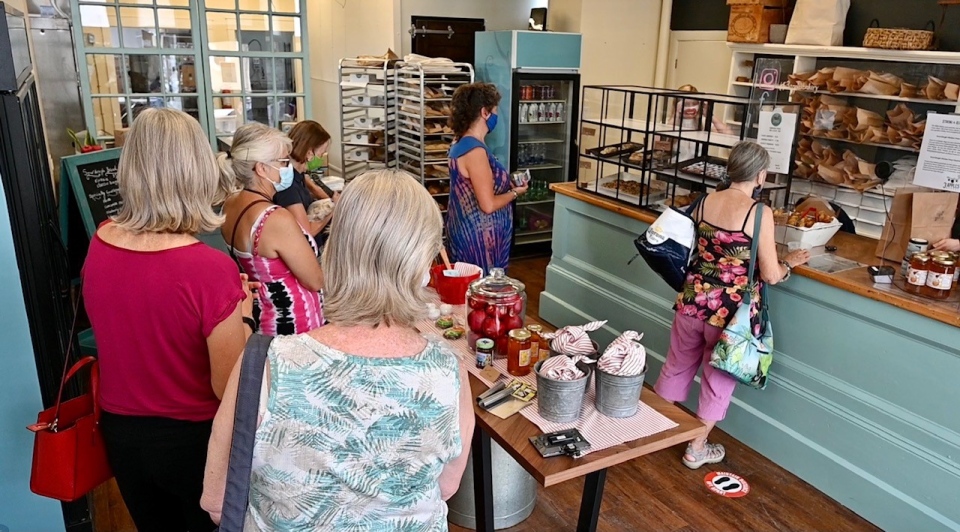 Mother-in-law, and fashion designer, Paddye Mann is the bakery's cookie chef.  She hand rolls up to 600 cookies a week.

"I can't imagine not wanting to be a part of this dream," said Mann.

"People come from everywhere. They come from Kingston, Chelsea, Orleans, Stittsville, Ottawa - the support has been unbelievable," she said.

Often, customers' line up before the bakery is open.

"I just fell in love with the atmosphere and the people," said bakery employee, Zoe Thorne.

"The instant gratification that you get from individuals walking in the door. They’re just blown away that they can have everything in here," said Thorne.

The 3 Apples - Dobry and Mann's daughters - have their own views about why the bakery is a hit.

"Because it’s a gluten-free bakery and you can actually have something that doesn’t taste like garbage," said Rhemy.

Her older sister Lilah agrees, but also believes her family adds a special ingredient to everything they make at 3 Apples.

"It's this amazing place that’s forged by hard work and people helping each other," she said.

"You can really tell that a lot of love went into it.”

"We’re limited only by how much we can make right now. The more I can make, the more we can share with people, said Dobry.

"I see a very, very bright future for 3 Apples Bakery.