Senators trade Stone to Golden Knights for package including Brannstrom 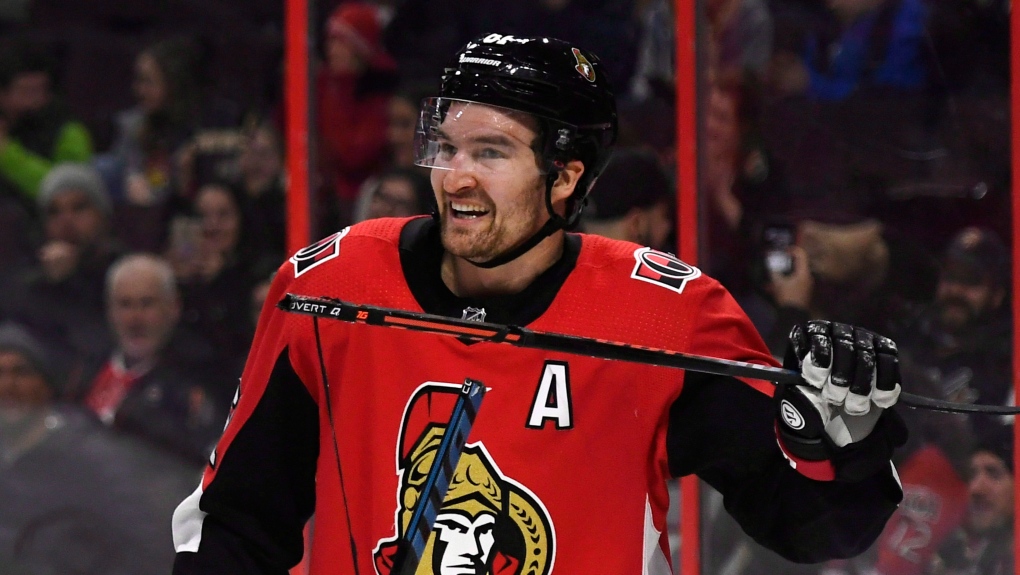 The deal comes after Ottawa had already traded fellow pending unrestricted free agent forwards Matt Duchene and Ryan Dzingel to the Columbus Blue Jackets in recent days as the club guts its core and continues on the path towards a potential rebuild.

"We made every effort to sign Mark Stone, who was a fine player and great person for our organization," Senators general manager Pierre Dorion said in a release. "Mark will be missed. Knowing that, this deal returns a young player (Brannstrom) who our fans will love for many years to come."

The six-foot-four, 219-pound Winnipeg native has been a full-time NHLer since 2014-15, and had already recorded a career-high 28 goals to go along with 34 assists in 59 games this season for the Senators.

Taken 15th overall in the 2017 draft by Vegas, Brannstrom is the key piece in the deal for Ottawa. The 19-year-old Swedish blue-liner, who stands five foot 10 and weighs 173 pounds, had seven goals and 21 assists in 41 games this season for the Chicago Wolves of the American Hockey League.

The six-foot-one, 202-pound Swede was taken by the Golden Knights in their expansion draft back in June 2017.

"Erik Brannstrom is the top defence prospect in the game; simply a dynamic talent who will be a major component of our future," Dorion said. "He was undoubtedly the best prospect available at the trade deadline and in addition to his talent, he is a natural born leader.

"We could not be more excited to look at the future of having Erik join the other young prospects in the Senators organization. He'll be a cornerstone player of our rebuild."

Stone's exit from the nation's capital comes on the heels of Duchene and Dzingel being dealt to Columbus for picks, prospects and journeyman winger Anthony Duclair.

Ottawa was a goal away from making it to the 2017 Stanley Cup final, but has been dogged by poor play on the ice and negativity off it ever since, including a since-rescinded threat to move the team by owner Eugene Melnyk, locker room drama, the trade of captain Erik Karlsson and the potential collapse of an arena deal that would see the Senators move from suburban Kanata to a new downtown home.

The Senators have stripped the roster down to its studs, but don't have their first-round pick this June because of the deal to acquire Duchene in a three-team trade with the Colorado Avalanche in November 2017, meaning that Ottawa could potentially miss out on presumptive No. 1 overall selection Jack Hughes.

With Monday's deal, the Senators will have parted ways with their top-6 scorers from last season -- Stone, Karlsson, Mike Hoffman, Duchene, Dzingel and Derick Brassard.

Stone, Duchene and Dzingel had accounted for 41 per cent of Ottawa's goals this season.

Brannstrom will be assigned to Belleville of the AHL, while Lindberg is scheduled to join the big club in Washington for the Senators' game against the Capitals on Tuesday.