What started out as a little bit of fun has now turned into a viral sensation.

"We wanted something original that showed our personality, so we tried a few things and then started using TikTok," said Corey McMullan of McMullan Appliance and Mattress.

"We were uploading them to our other platforms but they weren't getting much reaction," McMullan said. "We eventually saw the reaction on TikTok starting to go through the roof and our phones started to ring and our emails started to light up across, really, the world, as far away as Australia and New Zealand."

McMullan said he started using the TikTok back in March, and was confused and surprised at first with how well his videos were being received.

"Grills was the first category because it was in the spring so we were putting our grills on the floor and a lot of people like to see us cook things, and we were cooking chicken wings," McMullan said.

"So we posted the video where we teach people how to cook chicken wings using the Napoleon Grill Basket and we sold out of grills before the season even started," he said, adding he was receiving calls from California and Kentucky for barbecues

"It got more and more every day that went by. Every video that we posted the reactions started to go up. We'd come in to five or six, now it's 10 to 12 emails a day but they are from all over they are very rarely from our local area," he said. 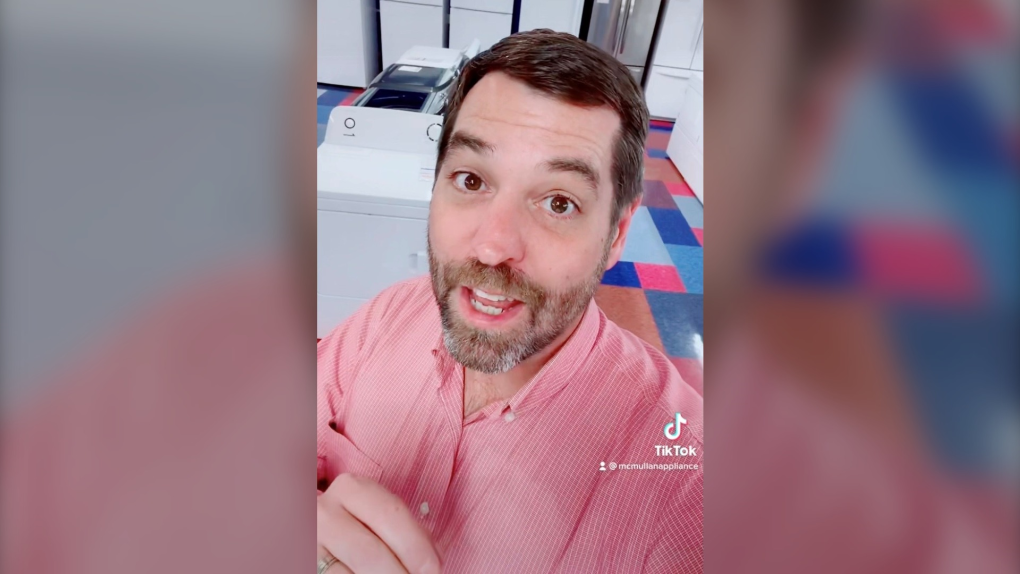 Corey McMullan of McMullan Appliance and Mattress in a TikTok video.

His brother Kyle McMullan was fielding calls from all over the world.

"It went from local calls, three or four calls a week to people calling from Saudi Arabia, New Zealand, Australia. Lots from the U.S.," Kyle said. "They just want to give us their money, it's a little bit overwhelming, it was crazy!"

The brothers believe it's the down-to-earth demeanour of the videos, poking fun at some appliances' faults, and also doing tests, like the nickel test, to demonstrate how stable a Huebsch Washing Machine is with nickels standing up on end while the machine is running. 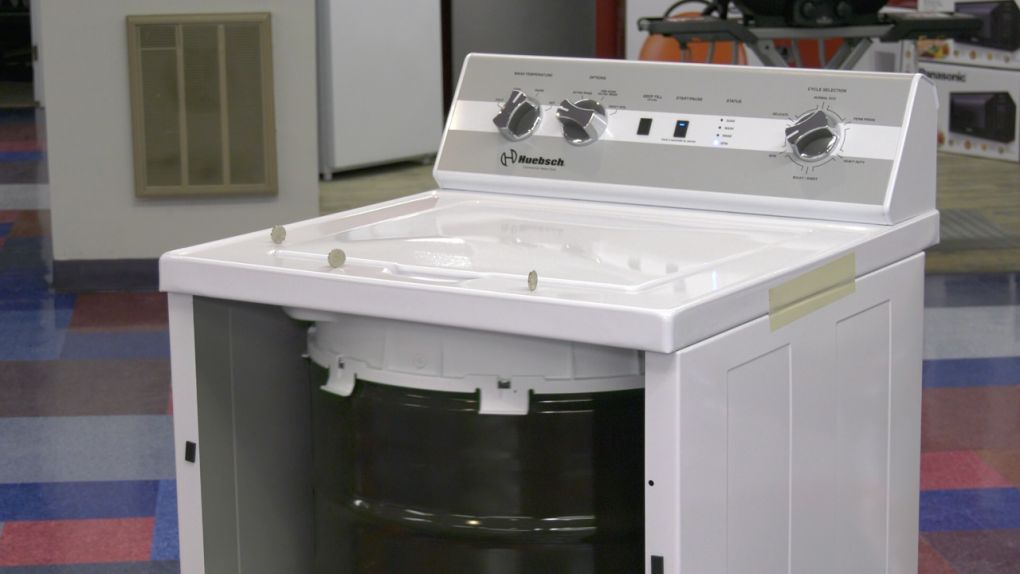 "From what people are telling me it's the honesty and authenticity, but I also think it's that fact that it's a very non-threatening approach," Corey said.

"I never ask for the sale, I don't ask people to go to my website, I never talk about price. I'm just showing people the products I like and why I like them and how they impact people and the rest takes care of itself," he added.

Corey has even posted videos with celebrities, like American actress, model, musician and songwriter Zooey Deschanel.

People have travelled from across the province, including one man from Paris, Ont. to buy a washing machine.

"That's a thousand kilometre drive and he drove at 4 in the morning and picked up the washer and drove right back home," Corey said. "He probably drove by five stores that could sell that same washer."

A recent video posted on Oct. 26 about high efficient washing machines had more than 3.1 million views on Saturday morning.

"It raised our actual audience size by 55 per cent. it was 23,000 new followers just since that video was posted," he said.

While going viral has been great for business, the problem now is trying to keep appliances and mattresses in stock.

"If you need to buy any appliances, be prepared for a six to eight month wait," Corey said. "That's the norm now where it used to be seven days."

"It could be May before they get it, January best-case scenario if they place an order today,' added Kyle, saying the pandemic has also caused supply issues since last year on some items. 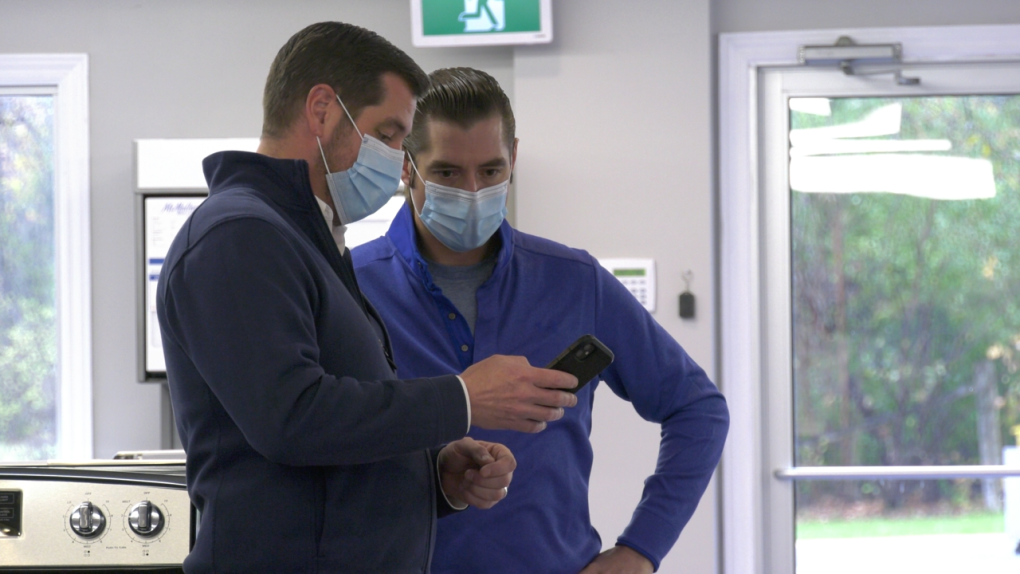 Either way, the new viral sensation says he'll keep posting videos daily, even with all of the newfound fame.

"They usually say, 'There's the TikTok guy!'" said Kyle, about when people enter the store.

"He has fans as young as five. We had two little kids and they came with their father to see the guy they watch every night before bed on TikTok," he added.

"I walked into the local auto parts store in early September just to get a battery and all I heard was, 'Mr. TikTok is in the building', so that's pretty impressive," Corey said with a laugh.

He says one of the funnier stories about going viral is from his father Brian, dealing with a woman looking for an entire appliance kitchen package.

"He was in a really deep quote, and he finally said, 'Well, where about do you live?' and she said Ontario, California," he laughed.

"So you do get into situations like that if you don't ask the right questions. You can invest a lot of time in it," Corey said.

"It started as a joke believe it or not. Just a one off and here we are," said Kyle.

"We're having a very fun time. I have no plans to stop anytime soon," added Corey.

After going for drinks this week, an unnamed worker lost a USB flash drive containing the personal details of every resident of the Japanese city of Amagasaki, according to a statement from the city's government.

A new study has found that breast cancer can metastasize more efficiently while people are sleeping, a finding researchers say could 'significantly change' the way cancer is diagnosed and treated.