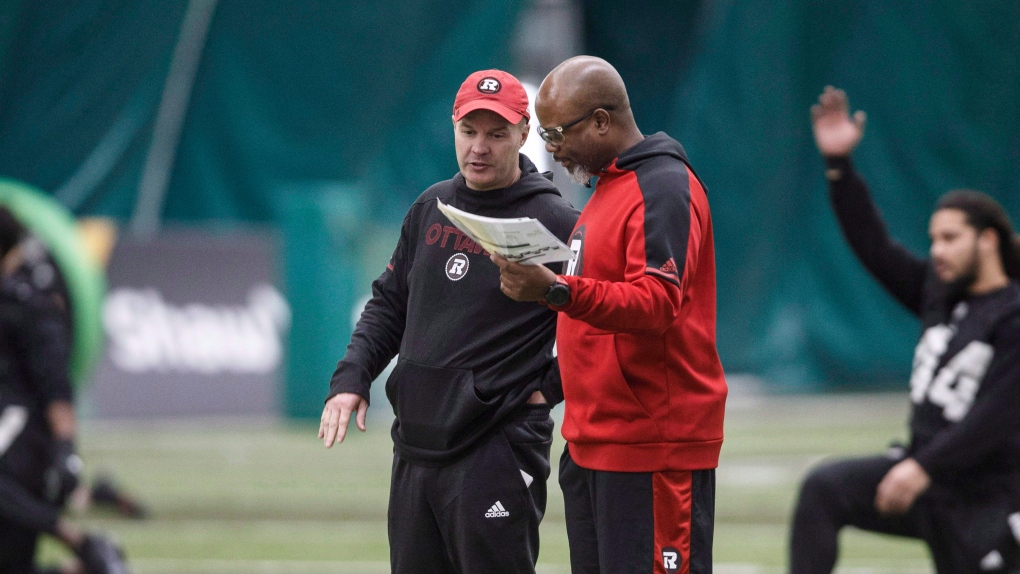 The team dismissed LaPolice on Saturday, hours after he returned from Vancouver following a 34-19 loss to the B.C. Lions. The Reblacks have posted only six wins in 28 games with LaPolice at the helm the last two seasons. Special teams coach Bob Dyce was named interim head coach.

Burke says Dyce will finish out the season.

“We look forward to finishing out this season by competing hard in our final 4 games while looking forward to the future and evaluating our coaching staff and players,” Burke wrote.

Addressing LaPolice, Burke called him a “great football man and an even better person” and said he wanted to give LaPolice and the team a chance to overcome a tough start to the season and make the playoffs.

“With back-to-back wins on August 27 and September 2 combined with the overall situation in the East division this year, that possibility was firmly alive until more recently,” Burke said. “Given where we stand today, I felt the time for a change had come so we can begin the process of turning our attention to 2023, that will include the search for a new head coach along with an infusion of more talent to fill some of the holes we see in our roster.”

Burke, who came to Ottawa from the Hamilton Tiger-Cats organization, said he believed every aspect of the Redblacks organization was aligned toward becoming a Grey Cup competitive team.

“While the results haven’t materialized, YET (sic), I can tell you that we’ve been given everything we needed this year to be successful and the commitment made to me last December is the same today as it was then. I am more excited now than ever before to be your General Manager,” he said.

Identifying players Jeremiah Masoli, Jaelon Acklin, Jacob Ruby, and Patrick Levels as key building blocks for the team’s future, he said he remains committed to building “a winning culture that brings year to year consistency and a winning product to our fanbase.”

Finally, he urged fans to stick with the team, despite recent frustrations.

“We know our record over the past few years has left RNATION frustrated, but this isn’t the time to turn your back on us,” he wrote. “We have a plan and vision of where we want to go. This is the time to come together and show the players and the organization that we are all in it together. If we can do that, we’ll achieve our on-field goals, while playing to full stadiums of excited and passionate fans. That’s what we all want right? Let’s do that together.”

The Redblacks face the Alouettes in Montreal on Oct. 10, host the Alouettes at TD Place on Oct. 14, and then play home-and-home games against Burke’s former team, the Hamilton Tiger-Cats, on Oct. 21 and 29.

The Redblacks are last in the East Division with a 3 and 11 record this season.

CTVNews.ca speaks with victims of stalking and harassment, and with advocates and legal experts who are calling on Canada to overhaul how it handles these cases from the police, to courts, and to the communities we live in.

Canadians sending parcels this holiday season may be surprised to see a steep surcharge on domestic shipping due to the high price of diesel.

From missing family time to making food, Canadians are cutting back amid inflation

Decades-high inflation and soaring interest rates have led many to take a closer look at their spending habits and, consequently, make some tough choices.

Canadian tourists may not be able to claim trip cancellations to Jamaica amid violence on island, travel expert warns

Despite Jamaica’s prime minister recently declaring a widespread state of emergency following a surge in gang violence and murder on the island, a travel expert warns that Canadian travellers may not be granted cancellation claims for travel insurance policies.