Ottawa universities will be 'no pot' zones comes October 17th 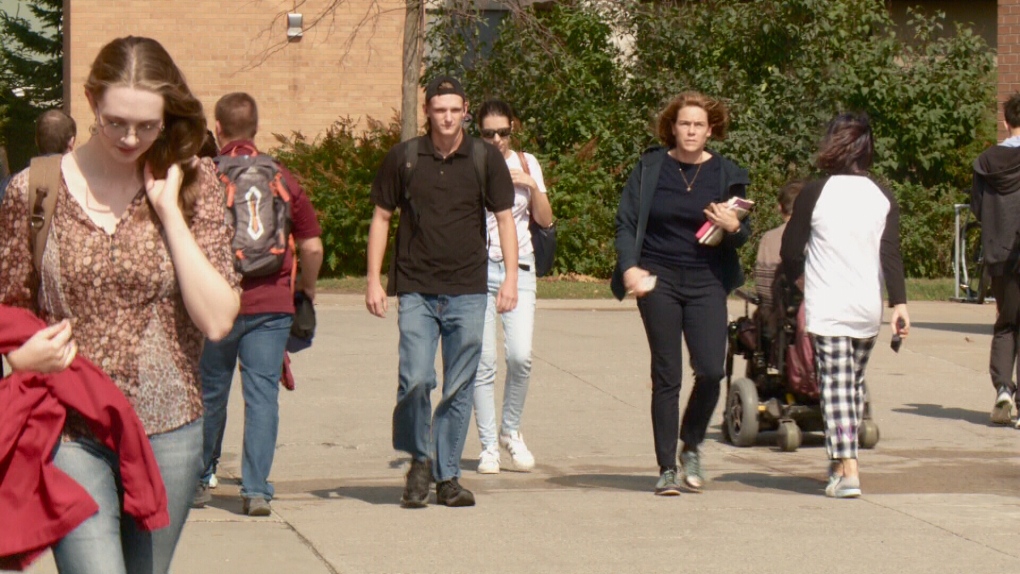 Universities across Canada are firming up their cannabis policies now just weeks away from the legalization of recreational marijuana. The bottom line on campuses here:  no pot allowed. Those rules are in keeping with provincial regulations about cannabis use, not allowed in the workplace, you have to be 19 and older, and it's only allowed in private dwellings and university residences don't count.

Carleton University Marko Kovace and Gunnar Hiltz are holding four little succulent plants to decorate their dorm rooms; pretty much the only kind of plant that will be allowed in residences at Carleton University come October 17th and they're definitely not cannabis plants.

“Even if it's illegal,” says Kovace, who is in first year law, “people are still going to do it, so it doesn't change much even if you ban it.”

Hiltz, who is a first year computer systems engineering student agrees, “I’m not going to lie, it's already going on on campus,” he says.

On medical cannabis, Carleton says it will provide accommodation on a case by case basis but it's not clear where and how someone will be able to consume it.”

Austin Locke is studying Humanities and Philosophy and says he can't wait for October 17th.

“I like to keep these things separate,” says Locke, “I want to focus on academics at school and at the end of the day if I want to relax then I do that.”

Cigarette smoking is allowed in designated areas on Carleton but the Canadian Cancer Society is trying to encourage campuses in Ottawa to go smoke-free, especially now.

A report by the Canadian Cancer Society in mid-September indicated that 65 universities and colleges across Canada were smoke-free both indoors and out.

“It's timely because of cannabis,” says Cunningham, “how do we enforce cannabis, how can you tell if someone is vaping nicotine or cannabis in these vaping devices.  Enforcement will be easier if you ban smoking or vaping of anything.”

Cunningham doesn't think enforcement will be an issue.  Students, however, aren't convinced.

“To prohibit recreational use,” says Carleton student Chester Agote, “that could be trumped easily.”

Algonquin College is still firming up its policy.  And interestingly, the University of Ottawa has a whole other approach to cannabis; it will offer the country's first Cannabis law class starting next January.