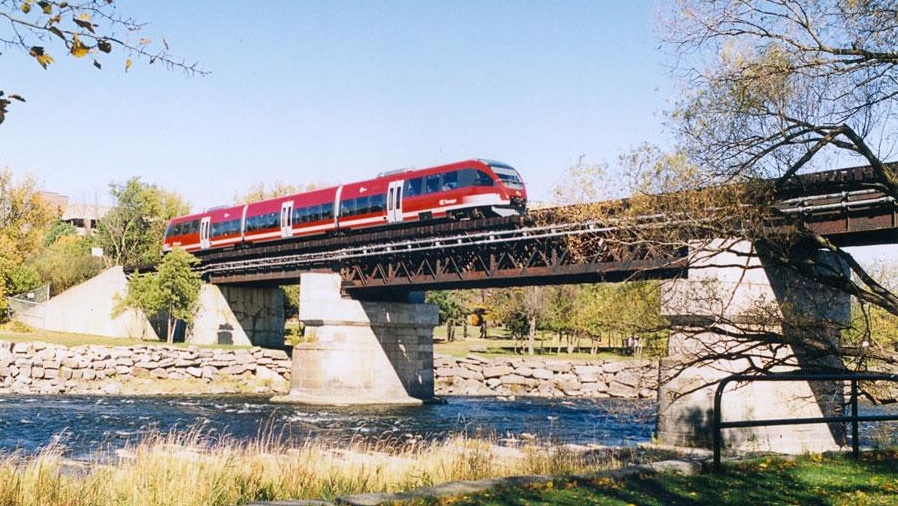 The Bombardier Talent trains were used on the original O-Train starting in 2001. (Photo courtesy: Twitter/OC_Transpo)

OTTAWA -- The original O-Train vehicles will soon be taken apart and thrown out.

The city of Ottawa has issued a tender looking for a company to dismantle and dispose of the three Bombardier Talent Trainsets after being unable to find a buyer.

"The city was unable to establish a contract for the disposal of the trainsets," said Will McDonald, Chief Procurement Officer at the city of Ottawa.

The city purchased the three Bombardier Talent trains for $17.7 million.

McDonald says the city is looking to award the contract to dismantle and dispose of the three trains to the "highest revenue generating bid."

"In the absence of a revenue generating bid, the bid representing the lowest cost to the city will be accepted."

The Bombardier Talent diesel-powered trains carried passengers on the original O-Train when it launched in 2001, the 8-kilometre corridor between Greenboro and Bayview Transitway Stations.