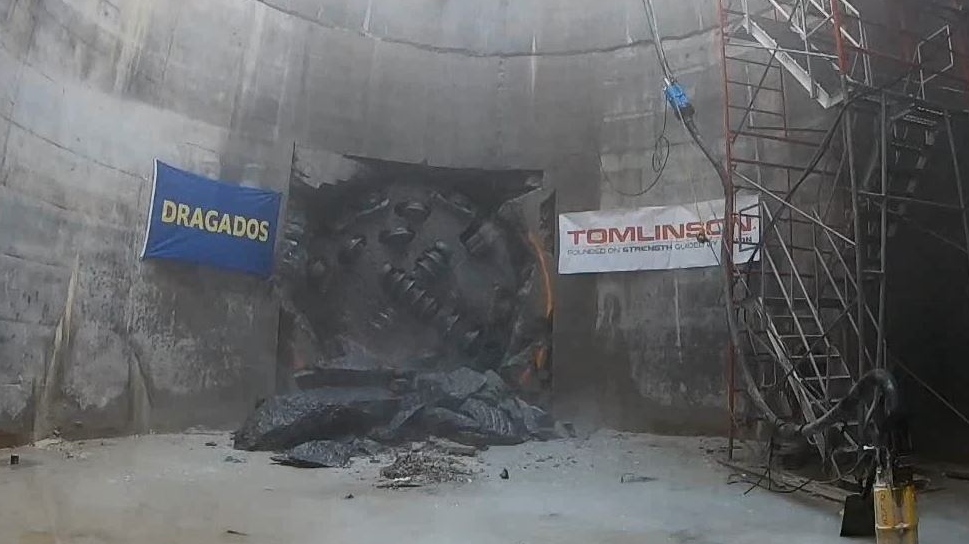 OTTAWA -- Six-kilometre tunnels underground designed to stop sewage from flowing into the Ottawa River during heavy rainfall events are now in operation.

The $232 million underground tunnel is located eight storeys underground and can hold up to 43,000 cubic meters of sewage overflow during major rainfalls.

The two interconnected tunnels will intercept surface runoff and wastewater during heavy rainfall events, store it temporarily, then send it to the Robert O. Pickard Environment Centre before it returns to the Ottawa River.

The CSST will help keep the Ottawa River healthy for us and generations to come by reducing the frequency of combined sewage overflows.https://t.co/vtnxGZ5BEQ pic.twitter.com/sBUJjBlzHl

The City of Ottawa says the tunnel will "greatly reduce" the frequency of sewage overflows during storms from entering the Ottawa River, and will help protect the river.

The underground Combined Sewage Storage Tunnel includes two tunnels: an east-west tunnel through the downtown core from LeBreton Flats to New Edinburgh Park, and a north-south tunnel along Kent Street from Chamberlain Avenue to existing infrastructure behind the Supreme Court of Canada building.

"With the CSST in operation, we have fulfilled a major goal of the Ottawa River Action Plan and strengthened Ottawa’s position as a world leader in combined sewage overflow control," said Mayor Jim Watson.

"We are delivering on Council’s commitment to protect our precious water resources and ensure the health and vitality of the Ottawa River for future generations."

Minister of Infrastructure Catherine McKenna said the project is part of the federal government's push to "protect the health of the Ottawa River to swim, drink, fish."

In addition to keeping sewage out of the Ottawa River, the city says the tunnel will also reduce the flooding risk in the Centretown area and north end of the Glebe.

Construction on the Combined Sewage Storage Tunnel began in 2016.

The City of Ottawa, the Ontario Government and the Federal Government covered the cost of the project.

Catherine McKenna is the Minister of Infrastructure, not Minister of Environment. The story has been corrected.