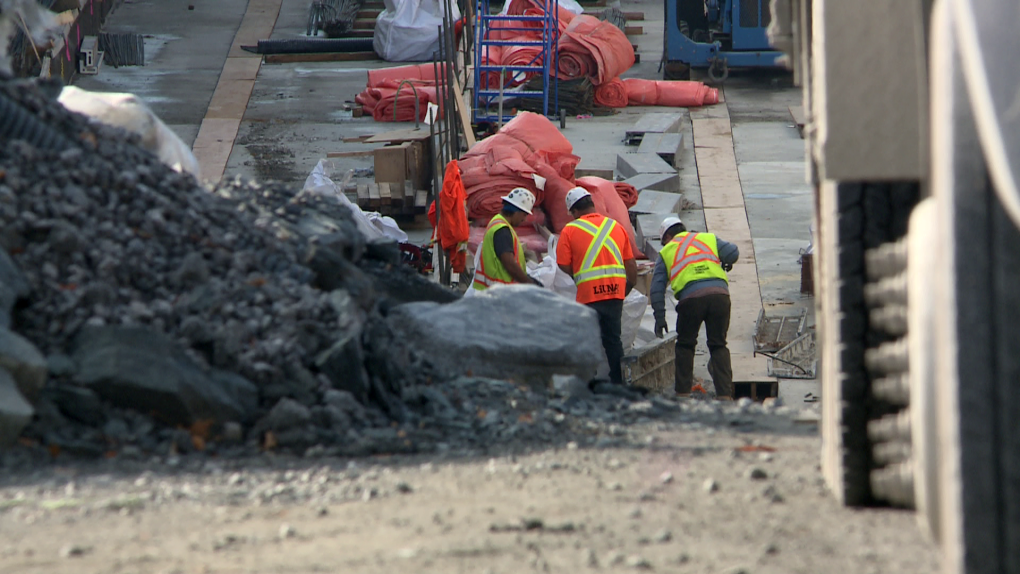 Construction workers on Ottawa's LRT project. The western extension is now due to open in late 2026, 17 months behind schedule. (Leah Larocque/CTV News Ottawa)

The western extension of Ottawa’s LRT system is delayed by 17 months and won’t be finished until late 2026, officials said Tuesday.

The news was part of an update to the city’s finance and economic development committee on the $4.6-billion Stage 2 LRT project, the largest in the city’s history that will extend rail east, west and south.

The southern extension on the Trillium Line is set to be handed over to the city in September 2023, about a year later than originally scheduled. The eastern extension is set for service in early 2025, only about a month later than expected.

The city says the delays are due to supply chain and labour issues.

There is also a shortage of concrete, rebar and waterproofing materials, he said.

Morgan also singled out the May 21 derecho that devastated large parts of the city and even the ‘Freedom Convoy’ occupation downtown as mitigating factors.

“This was a difficult year.”

The city has already approved an extra $60 million for the project because much of the previous contingency fund had been used.

Morgan said it was possible that more money would be needed because claims tend to come in near the end of these types of large projects.