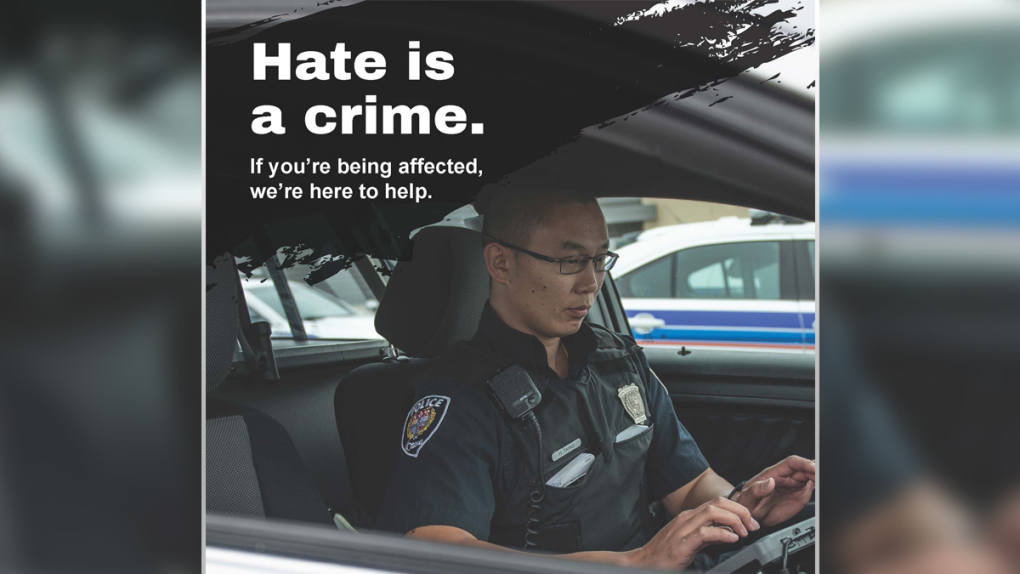 Ottawa Police launched a new campaign, telling people that "hate is a crime."

OTTAWA -- The Ottawa Police Service is urging residents to report hate incidents during the COVID-19 pandemic.

Ottawa Police, Ottawa Public Health and the City of Ottawa have launched a new campaign, saying "hate is a crime." Police say the goal of the campaign is to make every effort to educate, encourage reporting and when necessary pursue investigation of hate and racist incidents.

“Since the global pandemic has emerged, we have been very concerned and aware of rising racism, xenophobia, discrimination, hate incidents and crimes, in particular targeting our Asian communities globally and here in Canada,” Ottawa Police said in a statement on Tuesday.

“We are aware of how unsettling and how much fear this garners with our local communities.”

Police say between April 29 and May 1, the occupants of a grey, newer model Hyundai Elantra yelled racial slurs, obscenities and swore at pedestrians of East Asian descent. The incidents happened in the area of Viewmount Drive and Four Seasons Drive.

In partnership with the community, Ottawa Police, @ottawahealth and @ottawacity will make every effort to educate, encourage reporting, and when necessary pursue investigation.#ottnews pic.twitter.com/hC2zzwXWgN

As part of the campaign, posters asking residents to report hate-motivated incidents will be circulated in English, French and Chinese.

Police say “reporting hate-motivated incidents is an important step in stopping the cycle of hatred and preventing others from being victimized.” 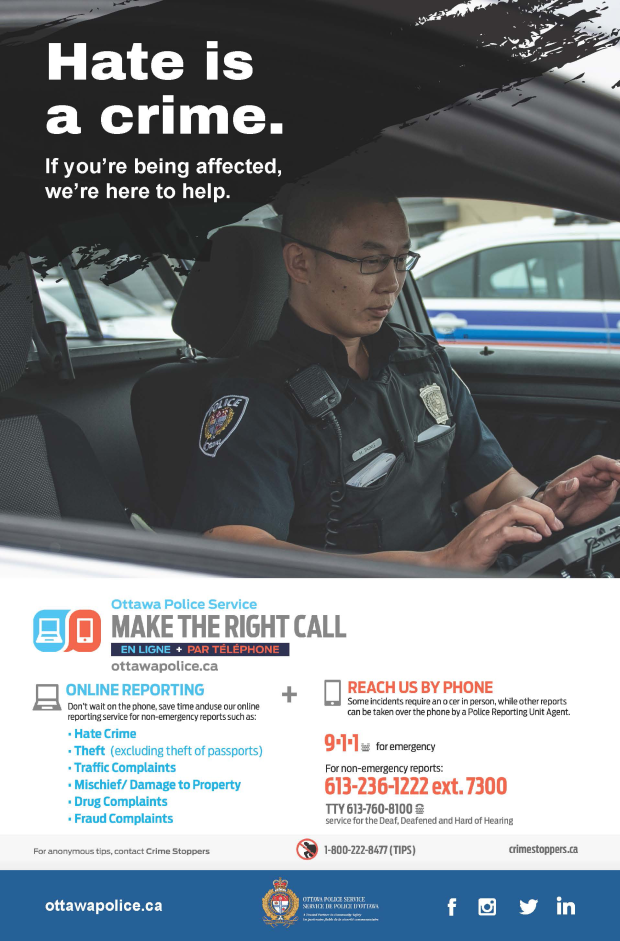