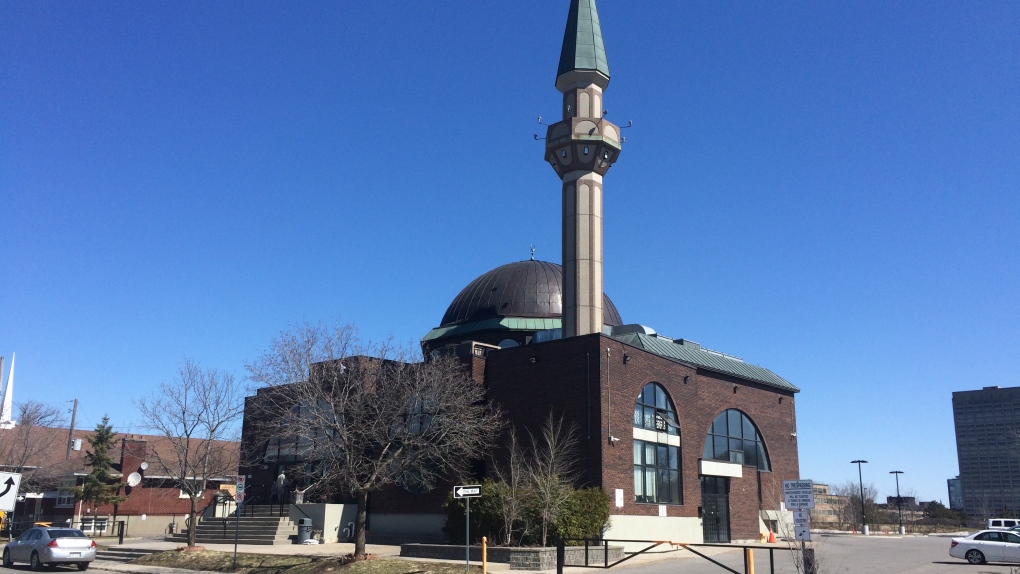 OTTAWA -- The Ottawa Muslim Association says there will be a drive-in service for Eid al-Fitr this year.

Religious organizations were given permission to hold drive-in services for their congregants by the Ontario Government this week. Previously, worship services were prohibited under the order banning gatherings of five or more people.

In an email to CTV News, President of the Ottawa Muslim Association Ahmed Ibrahim said a service will be held in the parking lot of the Ottawa Mosque on Northwestern Avenue either Saturday or Sunday, depending on when the new moon is sighted.

A limited number of cars will be permitted to enter the parking lot and must keep two metres apart. All vehicles must only contain members of the same household. No one will be allowed to leave their cars during the service and walk-ins will not be permitted. The mosque itself will remain closed.

Ibrahim says after the service ends and the parking lot has emptied, there will be a second service.

The service will be delivered by the mosque's imam and will be shared on YouTube as well.

Eid al-Fitr marks the end of the fasting month of Ramadan for Muslims worldwide.

The Ontario government announced the new regulation allowing drive-in services in its update on Tuesday, as it extended emergency orders to May 29.

"The government has approved an exemption to the emergency order related to gatherings to allow Ontarians to attend drive-in religious gatherings, under certain conditions to prevent the spread of COVID-19," a press release said. "The conditions include keeping vehicles two metres or more apart, only members of the same household can be in one vehicle, people will not be able to leave their vehicles, and no more than five people can conduct the service at one time from outside a motor vehicle and they must stay at least two metres apart."

CTV News has reached out to other major churches and religious organizations in Ottawa to ask if they will be holding drive-in services in the near future.

The Catholic Archdiocese of Ottawa responded to say they are examining the idea, but the restrictions do not allow for items to be passed from outside into each vehicle, which would mean parishioners would not be able to receive Communion.

"We are waiting on discussions between the Ontario bishops and the Ontario government before moving forward," said Chancellor and Episcopal Vicar, Fr. Dan Van Delst in an emailed statement.

Rabbi Rueven Bulka of Congregation Machzikei Hadas told CTV News drive-in services would not work for them due to the nature of their services.

"In general, we are treading very cautiously and carefully," he said.

Catherine Rodd, Executive Officer of Communications for the United Church of Canada, says there are no plans as of yet to hold drive-in services at any of their churches in eastern Ontario.

"As a denomination, we are urging our congregations to take great care in resuming in-person services, given the age of many of our members," Rodd said in an email. "We issued a series of guidelines for churches to consider, the main one is to stay in close touch with their local public health unit and follow all the protocols it sets out, as the situation varies greatly across the country."