For the first time in more than a decade, Ottawa will be getting a new mayor in the municipal election.

Last fall, Mayor Jim Watson announced he would not be seeking re-election. Watson is the capital’s longest serving mayor, in office since 2010.

There are 14 candidates who have put their names forward for the job.

But many who aren’t high in the polls insist they are still an option for voters on election day.

Candidate Brandon Bay says, “When Jim Watson announced that he wasn’t going to run again, the candidates that put their names in the hat- their average age was 68. And I wanted to make sure there was a younger voice in the race, someone to speak to the issues that millennials and gen Z are facing- like the cost of housing, what jobs will look like going forward now that so much remote work is here to stay, and what are we doing for the future. I wasn’t sure they were going to be talked about on the campaign trail.” 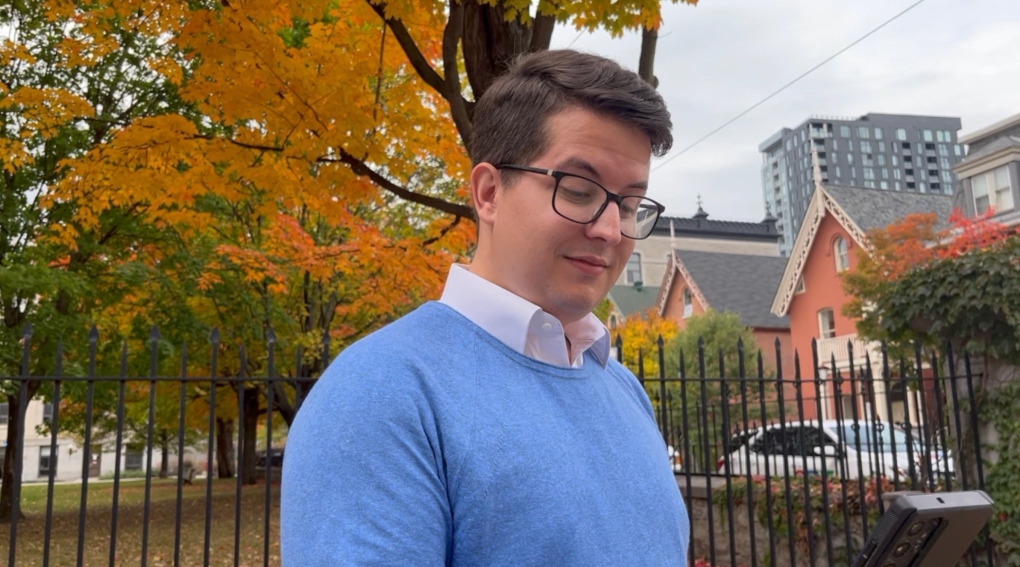 Brandon Bay is one of the 14 people running to be mayor of Ottawa in the Oct. 24, 2022 municipal election. (Leah Larocque/CTV News Ottawa)

The 34-year-old software developer is not a perceived frontrunner in the race. According to the Nanos poll, 0.8 per cent would vote for Brandon Bay.

Bay says it is hard to differentiate from the other candidates who are not leading the polls. “It is hard to pick one thing that differentiates you from 13 other people, but I think the qualities that I bring together are the youth that I have to be able to speak for the younger generations because I am living their experience myself, and also have that energy to try out new ideas and pursue new things.”

“A lot of millennials are invested in municipal politics for the first time, mainly about affordability of housing and how much it is impacting their lives,” says Bay.

Nour Kadri says he “didn’t want to stay on the sidelines” anymore and wanted to serve his community by running for mayor. “Like everyone in Ottawa, I have been watching what has been happening at the city… we are growing to be a big city and we are starting to see problems that come with a big city- traffic, community safety, the need for a train system- and all of that is in shambles at City Hall. I could complain like everybody else, or I could roll up my sleeves and be part of the solution.” 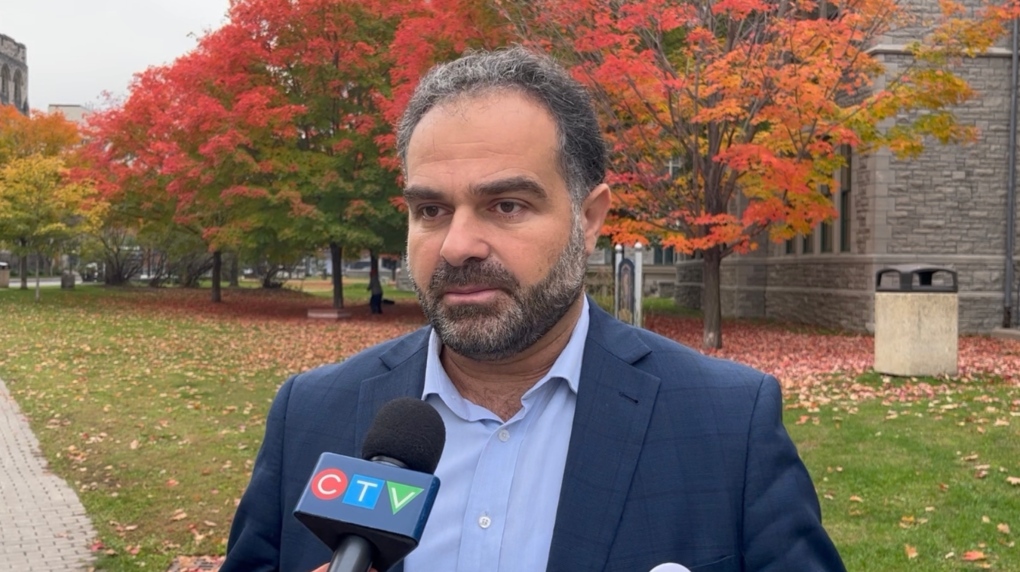 Nour Kadri is one of the 14 people running to be mayor of Ottawa in the Oct. 24, 2022 municipal election. (Leah Larocque/CTV News Ottawa)

The Nanos poll shows 0.9 percent of respondents said they would vote for Kadri. But Kadri says he has been connecting with the people on the ground. He says there are 400-plus volunteers working on his campaign and says he has attended hundreds of events during the campaign.

Kadri was born in Lebanon and moved to Ottawa in 1998. He is a University of Ottawa professor and a businessman. He says, “We need to have good governance, transparency, accountability, and these are things that I bring in terms of my experience. I have the leadership in business, in politics and academia to bring to the mayor’s office and that is why I am running directly for mayor because we need a grand vision for the City of Ottawa- the small patches don’t work anymore.”

This will be Mike Maguire’s third time running for Mayor. In 2014 he was the runner up to Jim Watson, winning 18 per cent of the vote. He says the issues in this election are clear. “Lots of folks are worried about being able to afford a house, which the municipality can have some effect on that. I have spoken at length about 400-thousand-dollar entry level homes, but transit is the most practical for people because it effects people on a more immediate level.” 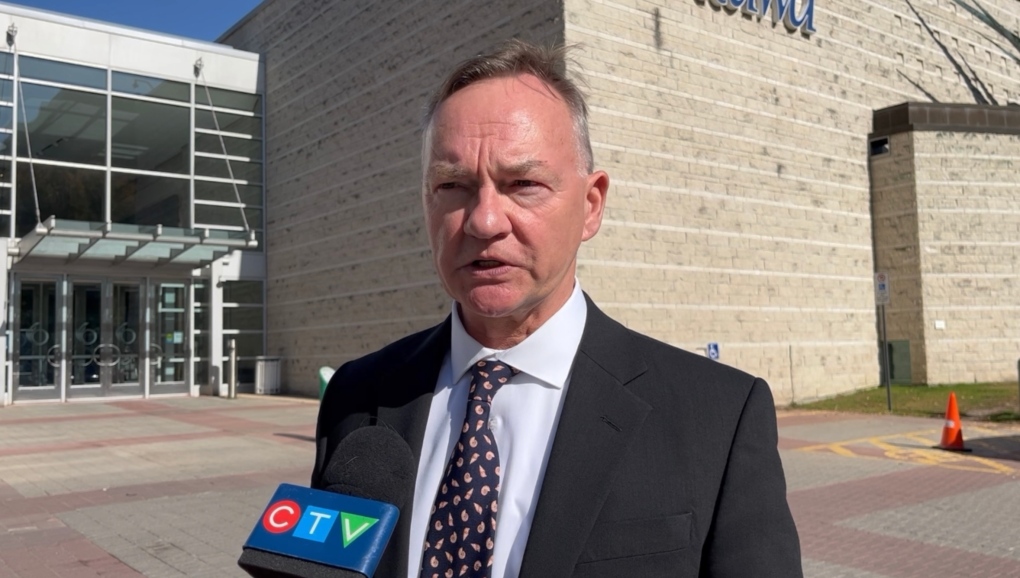 Mike Maguire is one of the 14 people running to be mayor of Ottawa in the Oct. 24, 2022 municipal election. (Leah Larocque/CTV News Ottawa)

According to the Nanos Poll, 0.5 per cent of respondents said they would vote for Maguire. Maguire lives in Kars and is a businessman. He says this campaign is similar but has noticed that residents are “disengaged” with politics. “Similar in the sense that you are always in a mix, you are always struggling to find an angle to get some coverage. It is very difficult to get people to engage, they are disenchanted with politics in general.”

With so many new faces coming to council, Maguire says “you always hope” that voter turnout will be higher than last election which was just over 42.5 per cent. “You have to think about who is going to provide solutions to protect you,” says Maguire.

This will also be Bernard Couchman third mayoral campaign. Couchman has ran for mayor both in 2018 and 2014.

According to the Nanos Poll, 0.6 per cent supported Param Singh, who is running for mayor after two decades as a police officer. Singh has been on unpaid leave since launching his campaign in May. “Decisions that are made on the political level have a huge impact on the future of my kids,” says Singh. 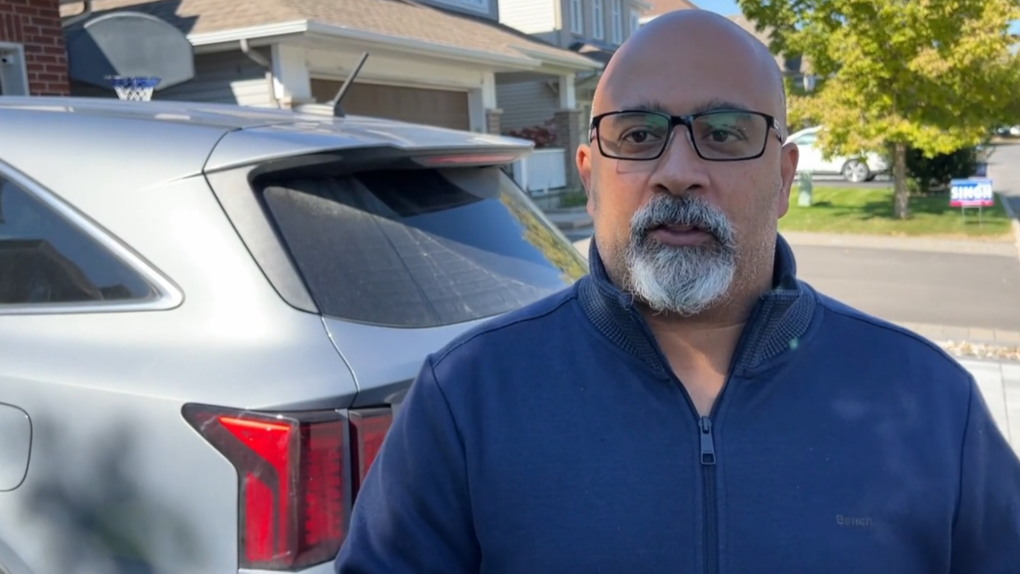 Param Singh is one of the 14 people running to be mayor of Ottawa in the Oct. 24, 2022 municipal election. (Tyler Fleming/CTV News Ottawa)

“As a police officer I have always been boots on the ground,” says Singh. “I thought it was time for change, it was time for a fresh face, time for a new perspective and time for someone to go in who has been listening to citizens for 20 years and to make the right calls, the calls that are going to be accountable to them, where we are doing it in a transparent, reliable and affordable way and have the residents ideas in mind at the end of the day.”

When it comes to polling and perceived frontrunners, Singh says he tries not to pay attention. “There have been instances- federally, provincially, or municipally, where an underdog has come out and run- polls are nice, nice conversations starters, but I tend to put polls to the side.”

Singh says he wants everyone to vote in the municipal election. “The 50 percent of the population that don’t vote, I want to encourage them to vote and have a voice in this election. Whether they vote for me or not, I want 100 percent of Ottawa for the first time to say “we want change, and this is the change we want.” 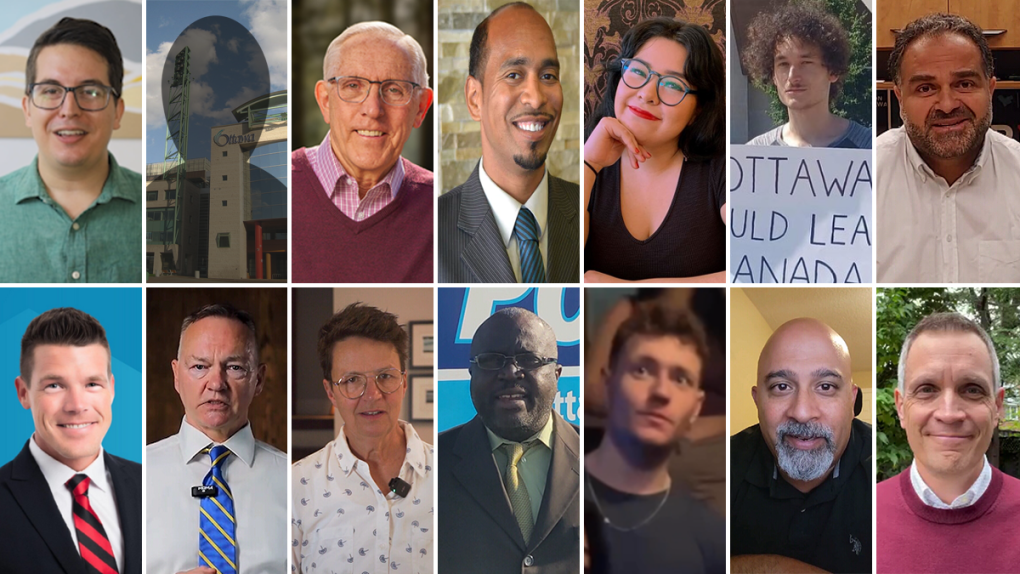 The 14 candidates running for mayor of the city of Ottawa.

The municipal election will be held on Oct. 24. There is one final advance voting day on Friday.