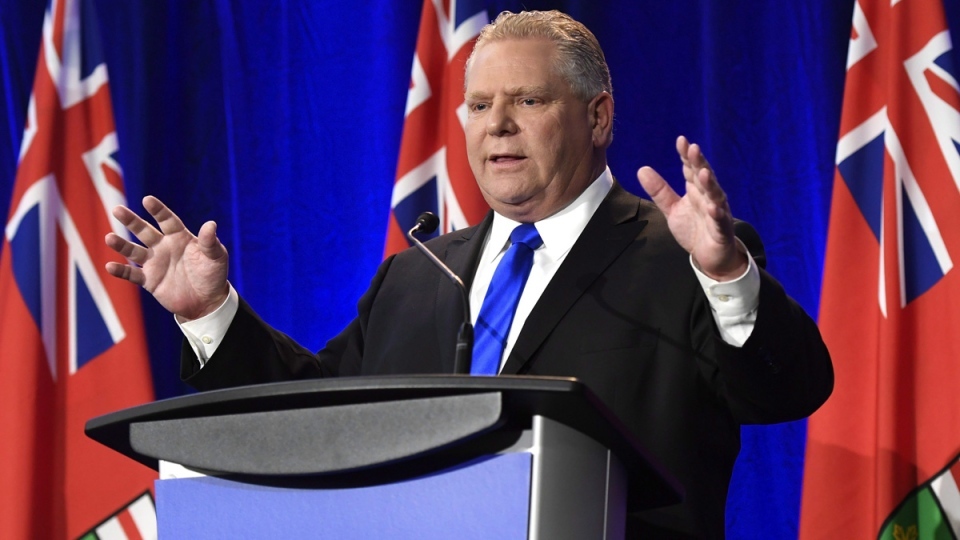 The Ontario Progressive Conservative Party, led by Premier Doug Ford, passed a controversial policy resolution this weekend that does not recognize gender identity.

The Ontario Progressive Conservative Party passed a resolution to not recognize gender identity this weekend.

Conservative officials were quick to say the resolution is not binding. The next step is for it to be formally voted in at the next policy convention.

The NDP, Ontario's official opposition, were quick to fire back at the provincial government. In an official party statement this afternoon, the party wrote the new PC policy adopted by Ontario Premier Doug Ford's party is "dangerous" for LGBTQ youth.

"LGBTQ youth are already victims of stigmatization," NDP MPP Marit Styles wrote in the statement. "The Ford Conservatives are debating things that should not be up for debate."

Ottawa Centre NDP MPP Joel Harden also added his voice to the debate, saying the new policy is a "denial of trans people's humanity," during Trans Awareness Week, which is dedicated to address the issues that the international trans community is facing. Harden also called on other Ottawa area PC MPPs to denounce the policy direction.

On the second day of the convention, the party passed several other resolutions including an "opt-out" option for parents who do not want their children in the classroom during sex-ed lessons. Delegates also voted to reject auto insurance reforms.

This is not the first time the Ford government has taken heat over gender issues. The premier previously announced the repeal of the former Liberal government's new sex-ed curriculum that introduced lessons on new concepts like consent. Until parents are adequately consulted, Ford said teachers will be using the 1990s sex ed curriculum.

Federal Conservative Leader Andrew Scheer took the stage not long after the resolutions were passed. Scheer did not address the party's policy direction, but did applaud the party's election win.

“You can tell that this is a party that is excited to get to work undoing the terrible damage from the last 15 years,” Scheer told the delegates Saturday afternoon. “Premier Ford and the entire team have given a voice to so many people who have been left behind by the McGuinty and Wynne Liberals.”