One child, not on school bus, injured in collision

One child, not on school bus, injured in collision 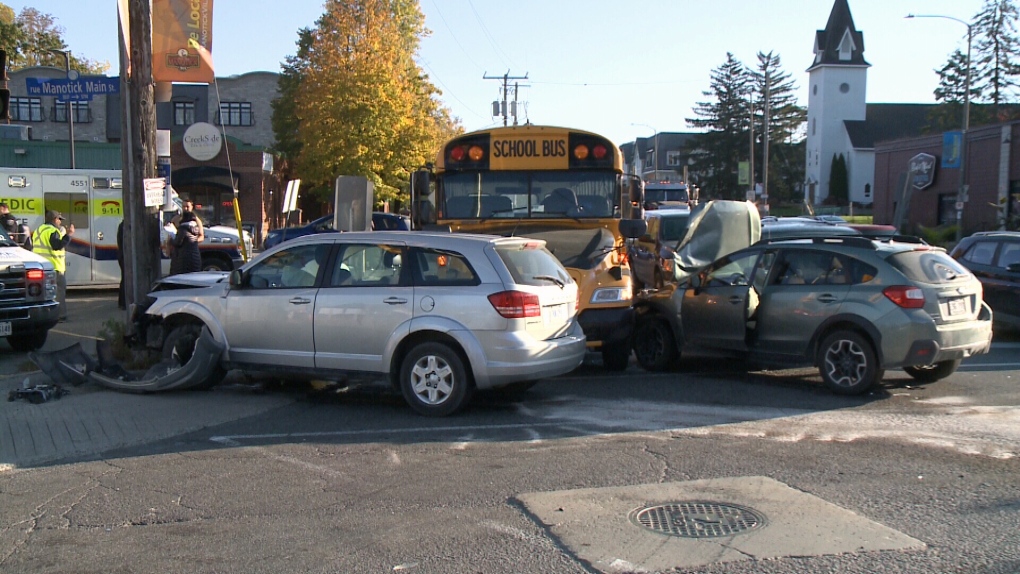 The scene of a collision in the area of Manotick Main Street and Bridge Street Wednesday, Oct. 5, 2022. (Jim O'Grady/CTV News Ottawa)

Ottawa paramedics say a child in a passenger vehicle was injured Wednesday morning in a crash in Manotick.

The crash happened just after 8 a.m. at the intersection of Manotick Main Street and Bridge Street.

A school bus at the scene had no kids on board and its driver was unharmed, but a child in the other vehicle suffered non-life threatening injuries.

The child was taken to hospital in stable condition.

The age of the child was not immediately available.