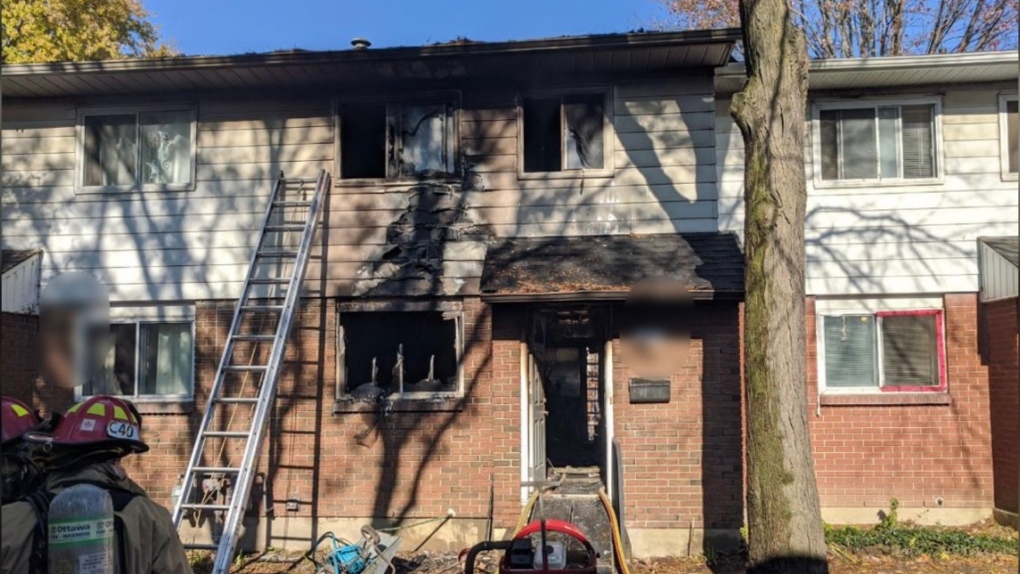 Ottawa firefighters were called to a townhouse on Morrison Drive Sunday, Nov. 7, 2021, for a fire. No one was hurt. (Photo courtesy: Scott Stilborn / @OFSFirePhoto / Twitter)
OTTAWA -

Ottawa Fire Services says no one was hurt following a townhouse fire in Nepean Sunday.

Firefighters were called to a 10-unit row on Morrison Drive near Pinecrest Road on reports of a middle unit fully engulfed in flames.

Crews faced heavy black smoke but were able to get the fire under control by 12:15 p.m. and kept it contained to one unit.

The residents of the unit have been displaced and victim services have been called in to help them.

Ottawa Fire quickly had a Working Fire on Morrison DR off Pinecrest RD under control. The fire was contained to 1 unit in a 10-unit row. No injuries reported. @OFS Fire Investigator on scene & Victim Assistance on route for displaced residents. #ottnews #OtrFire #ottcity pic.twitter.com/DlHeBzDJvc

Canadians on TikTok open their doors to Americans seeking abortions

With the overturning of Roe v. Wade opening the door to abortion bans in the U.S., Canadian Tiktokers are welcoming Americans who are considering travelling north of the border to get an abortion.

Prime Minister Justin Trudeau announced more money for Ukraine -- including a $200-million loan through the International Monetary Fund -- at the end of the Group of Seven leaders' summit in Germany.

Ontario Premier Doug Ford defended his decision Monday to name his nephew minister of citizenship and multiculturalism, saying the newly elected legislator has spent years representing one of the most diverse communities in the province.

Three people are dead and Ontario's police watchdog has been called in after a stabbing in Ottawa’s Alta Vista neighbourhood Monday night.

Following the U.S. Supreme Court's decision to overturn Roe v. Wade, a number of states south of the border have stopped performing abortions. If you're a Canadian who has had an abortion, CTVNews.ca wants to hear from you.