Man stabbed on Prince of Wales 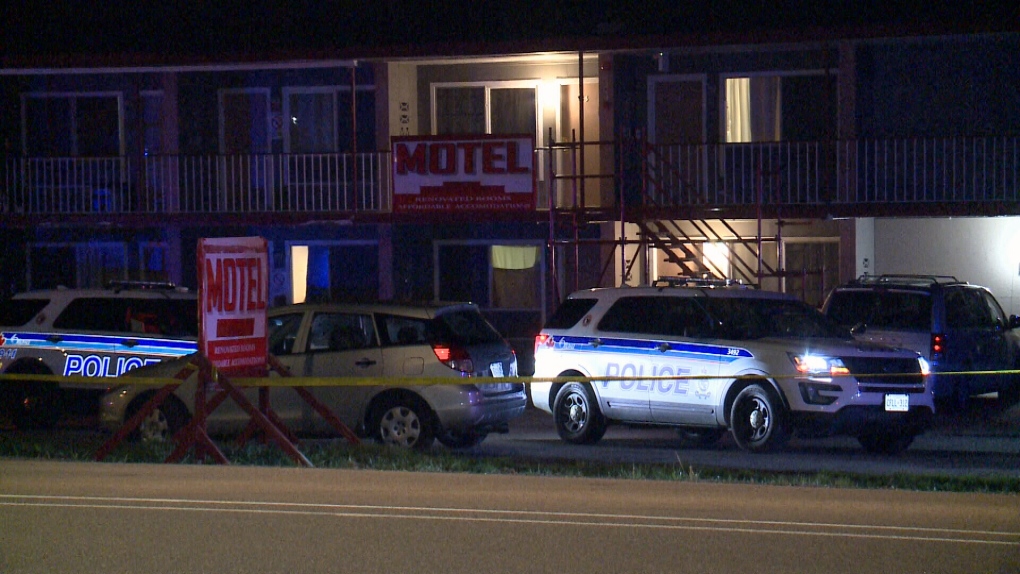 Police are investigating an incident on Prince of Wales Dr. Saturday night.

Ottawa Police say a criminal investigation is underway following a stabbing near 2279 Prince of Wales Drive Saturday night in the city's west end.

Police on scene at Highway Motel along Prince of Wales Drive where witnesses say a man was stabbed; pools of blood soak the parking lot from the neighbouring Tim Hortons ⁦@ctvottawa⁩ pic.twitter.com/IAwbTyzz5w

Witnesses say there was a stabbing. Police have not confirmed what happened; only saying a man has been taken to hospital with serious injuries; no word yet on a suspect.

The scene, believed to be the parking lot areas of Tim Hortons and New Highway Inn Motel, is covered with trails and pools of blood; including outside one unit of the motel's lower level.

Those who live in the area said there was a stabbing around 9:30 p.m. and the injured man, in his 50s, sought help from someone in the motel before collapsing on the ground.

A man who identified himself as a respresentative of the motel's ownership group confirmed there was a stabbing in the parking lot of the Tim Hortons which then led to the injured man seeking assistance at the 10-unit New Highway Inn Motel; which is currently also under renovation.