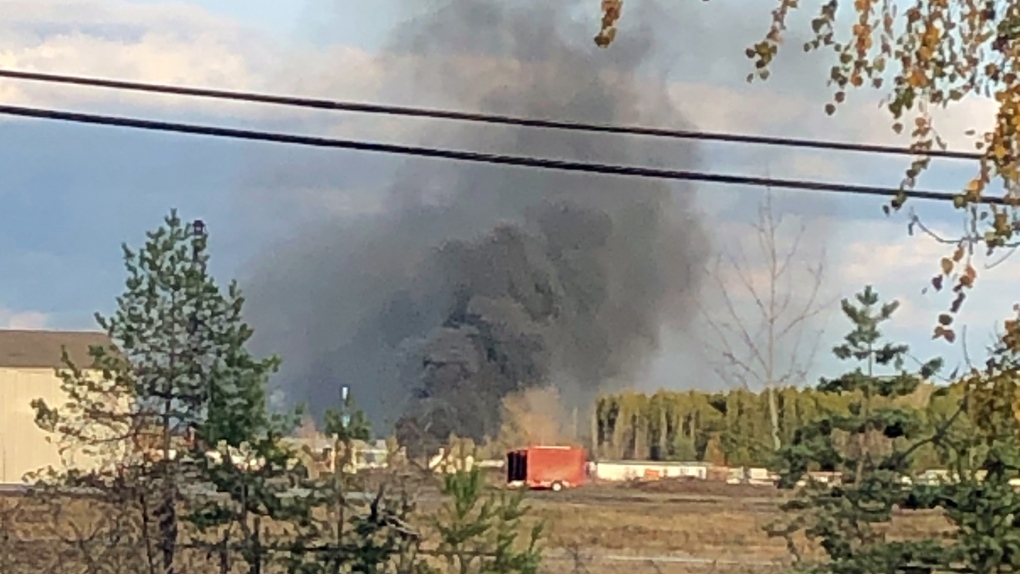 Ottawa fireefighters have knocked down a major fire in the city’s rural southern outskirts, near Bank St. and Rideau Rd.

The fire began at a commercial property on Power Road.

Willem Van Westerop noticed a lot of smoke and some flames coming from what appeared to be an industrial area.

“I pulled over and took some pictures. I noticed a lot of black smoke, it was really thick”, he said.

CTV Ottawa has a crew on the way and we will update this story as more information becomes available.