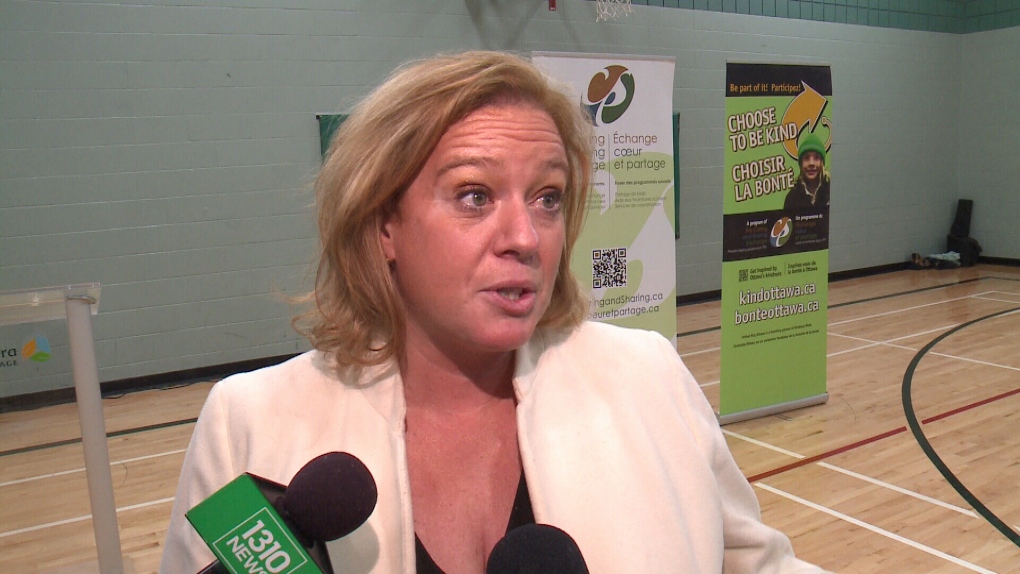 There appears to be a stalemate on both sides of the autism issue in Ontario. Children, Community and Social Services Minister Lisa MacLeod apologized for remarks she made to an autism group but vowed she won't back down from funding changes.

That, as parents protested outside her Ottawa office again vowing to keep coming until she does.Minister Lisa MacLeod helped launch Kindness Week at an event in Ottawa today.

A few blocks away at her constituency office parents of children with autism say they weren't feeling the kindness.

The Minister joined the Tamir Neshama choir in a lively rendition of Lean on Me at the launch of Kindness Week; an event held at Accora Village in Ottawa’s west end.

“The best way to show compassion in society is to help other people,” MacLeod told the crowd.

The Minister said that is what governments do and why she's committed to proceeding with her changes to autism funding in order to eliminate a long waitlist for therapy.

“We're going to proceed with the plan,” she told reporters after the event.

Thursday night, MacLeod tweeted out an apology for comments she's alleged to have made to the Ontario Association for Behavior Analysis saying it would be a long four years if the organization didn't support the funding changes but today, MacLeod said, “I can’t recall (if I said that to them) which is why I put the apology out.”

MacLeod was joined at Kindness Week by the PC MPP for Ottawa West-Nepean, Jeremy Roberts. His brother Dillon, who is now 25, has autism and while this is an issue close to his heart, Roberts supports his government's decision.

“My goal in all this,” Roberts told reporters, “the reason I ran for office in the first place is so that families don't end up in crisis like my family did when I was 15 years old.”

Which is exactly what families protesting outside Lisa MacLeod’s office say is going to happen.

“In 3 months’ time we are going to be put out in cold,” Kerry Monaghan said.  She has two children on the autism spectrum, “We will not have any help from the government which claims to be interested in wellbeing of those children.  We need that help. That's not what's happening.”

And while MacLeod says she won't change her mind, parents say they won't either.

“We won't back down,” says Emily Sheridan, whose 5-year-old son Oliver is receiving 25 hours a week of funding, “You're looking at parents who are tired, emotionally exhausted on a regular basis, and they'll still stand out here any chance they get to show this is the wrong decision.”

Minister MacLeod admits this is an emotional issue; no one would disagree with that.  But the two sides are miles apart on any other part of this and on where they go from here.