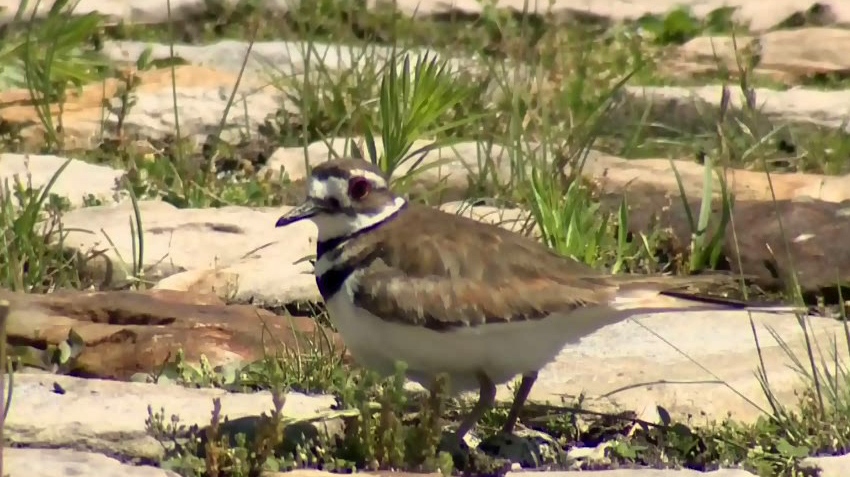 The Bluesfest killdeer is settling in to its new home.

A painstaking process of slowly moving the plover’s eggs was completed Wednesday morning.

Environment Canada gave Bluesfest permission to move the killdeer nest at LeBreton Flats to a nearby "suitable habitat."

The four eggs of a mother killdeer have not yet hatched.

The birds chose to nest in the centre of what will be the main stage for Bluesfest, a ten day music festival that will see tens of thousands of people enjoying music from popular acts like Bryan Adams, Beck, Shawn Mendes and Foo Fighters.

Monika Melichar, with the Woodlands Wildlife Sanctuary in Minden, Ont., drove to Ottawa to help move the eggs. They were placed in a small, imitation nest and carefully moved one metre at a time, roughly every hour.

Killdeers are a protected species under the Migratory Bird Act, meaning organizers of Bluesfest couldn’t move the nest or the eggs without permission, which was granted Tuesday.

The nest was moved about seven metres Tuesday evening. Movement was a bit quicker in the morning, with the eggs placed in their new home, about 25 metres away from where the main stage will go, by about 9:00 a.m. Wednesday.

So far, it appears the mother bird has not abandoned the nest, which some experts feared was a possibility.

The festival did have a back-up plan, should the adult killdeer choose to abandon the eggs. They would have been taken back to Minden with Melichar, where they would have been incubated until they hatched, with the chicks released into the wild shortly afterward.

“The thing is these birds have now been elevated to celebrity status, everybody knows about them”, said Dr. David Bird, an Ornithologist.