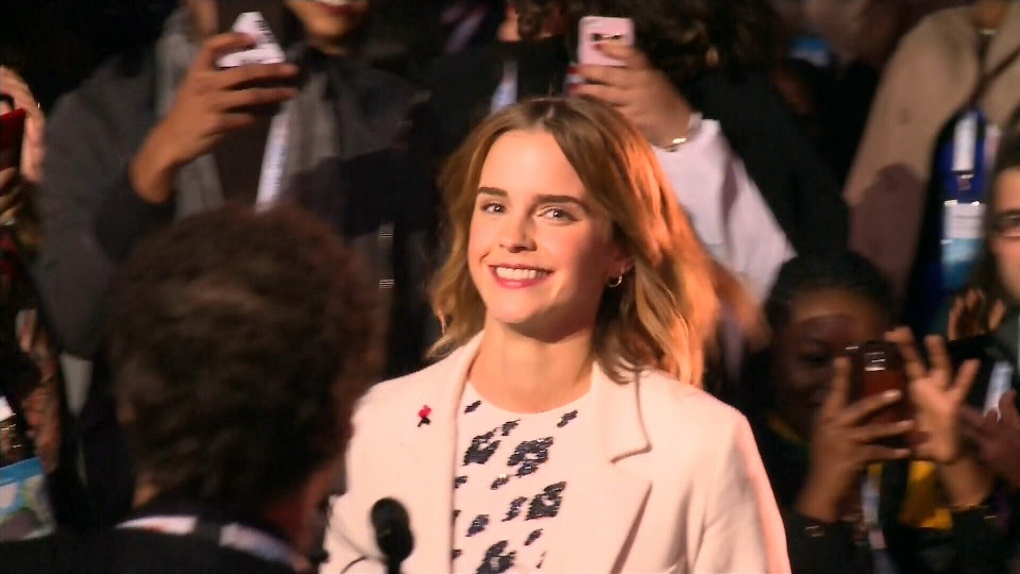 Actress Emma Watson arrives at the opening ceremonies of the One Young World Summit in Ottawa, Sep. 28, 2016

The stars were out on Parliament Hill.

There were also nobel laureates, world leaders, and about 1300 young high-achievers from around the world.

The occasion was the opening ceremonies of the One Young World Summit – an annual gathering of young leaders that has been staged in different world cities since 2009.

Prime Minister Justin Trudeau was on hand to help kick off the 2016 summit, challenging participants to harness their potential to make the world a better place. "What you do, what you say, and the choices you make have the power to change the world," said the Prime Minister.

The 3-day summit is broken into a number of sessions addressing different world issues. The sessions include “councillors” who are global leaders from a variety of fields. Other names appearing in Ottawa include former U.N. Secretary-General Kofi Annan, nobel laureate Muhammad Yunus, Oscar-winning produder Jon Landau, musician and humanitarian Bruce Dickinson of Iron Maiden, and entertainer Cher.

“I think when celebrities get involved in initiatives like this it tells the world that we need to stand up," says Joannes Paulus Yimesalu of Camaroon. He will be speaking alongside Emma Watson on gender equality.

The One Young World Summit runs now to October 1st in Ottawa.