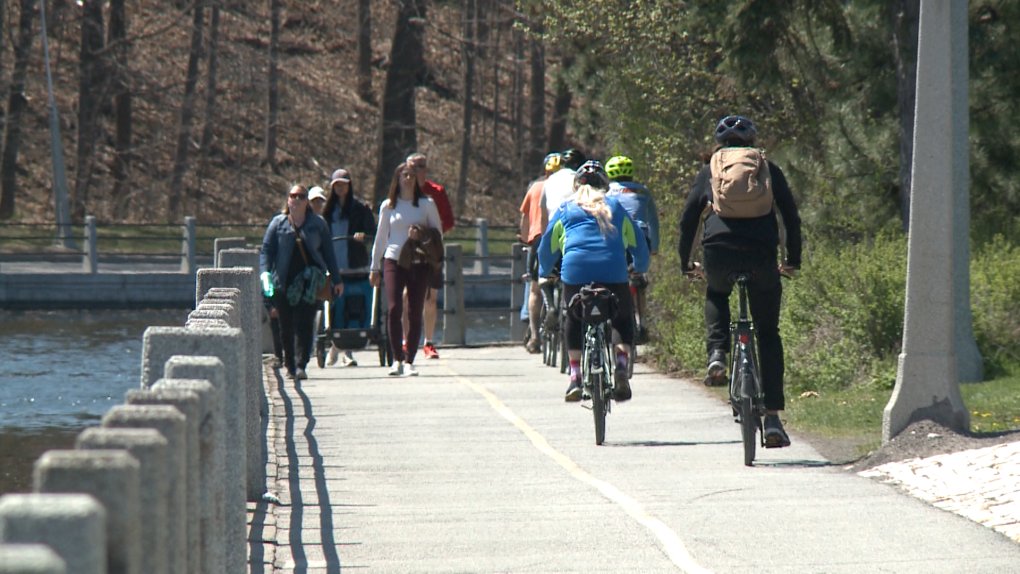 And with sunny skies and above seasonal temperatures expected over the next week, senior climatologist David Phillips says it’s time to start dreaming of planting the garden and opening up the cottage this spring.

“Winter had been long, right into April. There was nothing spring-like of April. There was less snow than normal, but boy was it cool,” Phillips told Newstalk 580 CFRA’s Ottawa at Work with Leslie Roberts.

Environment Canada’s forecast calls for sunny and a high of 17 C on Thursday. The outlook for the weekend is sunny with a high of 14 C on Saturday and 18 C on Sunday.

“What really thrills me about this weather is it’s consistent, it looks like it’s the real thing. There’s nothing in the forecast that’s going to take this away,” Phillips said.

The long-range forecast calls for sunny skies to continue through until next week, with temperatures hitting 26 C on Tuesday and 29 C on Wednesday.  Phillips jokes that it will feel like spring was “three minutes long” before the summer-like temperatures arrived.

“Big high pressure area going to sit over the province and bring in all this southerly air and just warm everything up. Wall to wall sunshine. My gosh, no precipitation to speak of at all,” Phillips said Thursday.

Environment Canada's modelling for the next month calls for “warmer than normal” temperatures, and Phillips doesn’t expect to see frost through May.

“I wouldn’t say buy your plants at the garden centre, but certainly go there. I don’t see anything that’s going to damage them,” Phillips said.

“The cottage and cabins are going to open, I’m worried about the black flies and you could dust off the golf clubs – it’s really here!”

Phillips says watch any plants and flowers through May in case there is any low single-digit temperatures.

At least six people died and 24 were wounded in a shooting at a July Fourth parade in the Chicago suburb of Highland Park, and officers are searching for a suspect who likely fired on the festivities from a rooftop, police said Monday.