It's no trick, Ottawa man to make Halloween appearance on Jeopardy 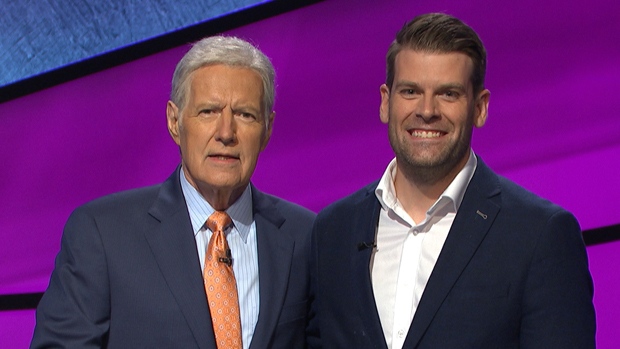 Andrew Thomson is hoping some of you will ignore your doorbells on Halloween night and treat yourself to a little television time. At least between 7:30 and 8 o'clock.

Thomson will be appearing on the popular tv game show Jeopardy!.

He posted a photo of himself to Facebook alongside iconic host Alex Trebek with the caption. "This is not photoshopped. This is not a new Canadian buddy-cop sitcom. This is Jeopardy. My episode airs on Thursday, October 31". He went on to say "Consult your local listings and to hell with Halloween, for at least a half-hour."