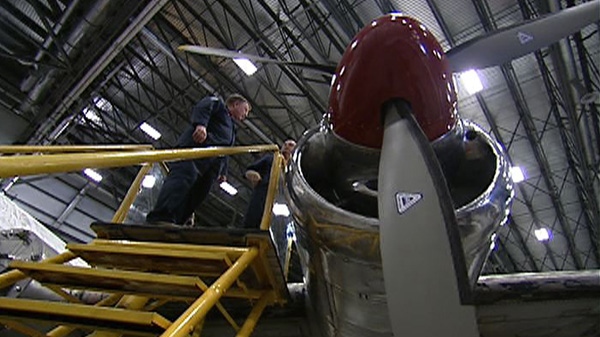 The Aviation and Space Museum is helping with the restoration of the North Star aircraft.

A long-neglected piece of Korean War history is being restored thanks to the efforts of veterans and donors.

The Canadian-made North Star aircraft took Canadian soldiers from B.C. to Asia to fight in the Korean War in 1950 – an American design that was re-worked with Canadian engines.

It was the first aircraft to fly non-stop across Canada, built to take large loads a long way but doing so in less-than-silent conditions.

"From memory, which was my first airplane ride in 1956, my ears were still ringing for three days afterwards," said Bill Tate.

When the planes were put out of service in 1965, one was sent to Ottawa for preservation.

Forty years later, restoration group Project North Star said it's the only North Star left in the world but hasn't exactly been kept in showcase shape.

"There are points in the wings where there are holes, where the birds had built a nest and it corroded right through the wing," said Garry Dupont with Project North Star.

The plane had been left outside for all those years until Project North Star stepped in, taking some money from the Aviation and Space Museum but most from donations.

"If you've enjoyed a successful career in your life, you should try and give something back to society," Tate said. "This is my way of giving back."

If you're interesting in supporting Project North Star's restoration of this and other historical aircraft, you can visit their website.

With a report from CTV Ottawa's Norman Fetterley