Family of four displaced by fire at Kanata home

Family of four displaced by fire at Kanata home 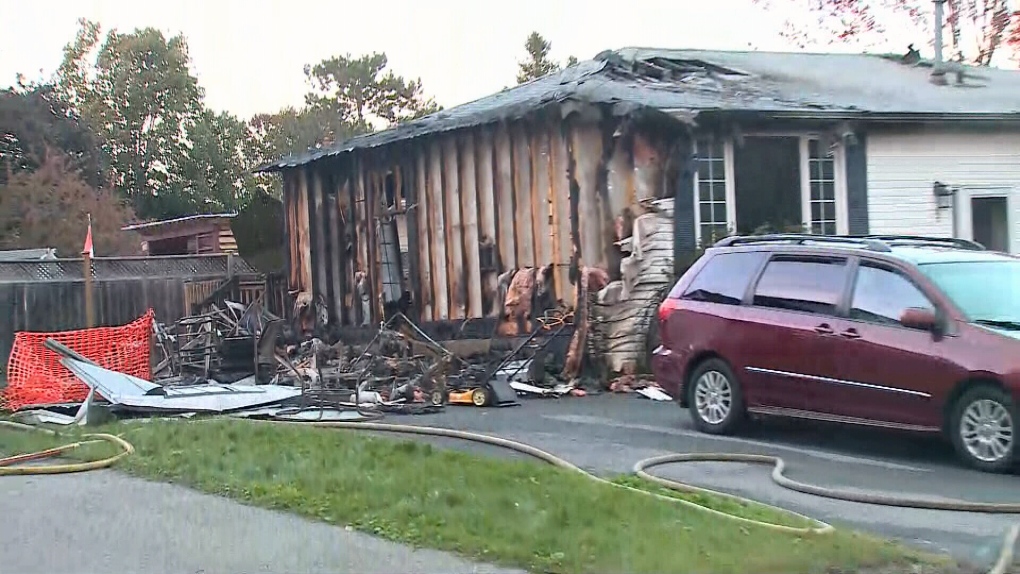 Four people are displayed after a Thursday afternoon fire at a home on Ardagh Gate in Kanata. (Aaron Reid/CTV News Ottawa)

Two adults and two children have been displaced from their Kanata home after a fire damaged the family home.

Ottawa fire received multiple 911 calls just after 4:30 p.m. for a fire at a home on Ardagh Gate, off of Ballantre Way. Callers told the Ottawa Fire Service flames and smoke was coming from the side of the house and a Gazebo.

By the time firefighters arrived at the scene, the fire had spread into the attic of the single-family home.

Ottawa fire says firefighters opened up ceilings in the kitchen and the living room to extinguish the fire inside the walls and the attic.

Two cats were rescued from the home. There are no reports of injuries.