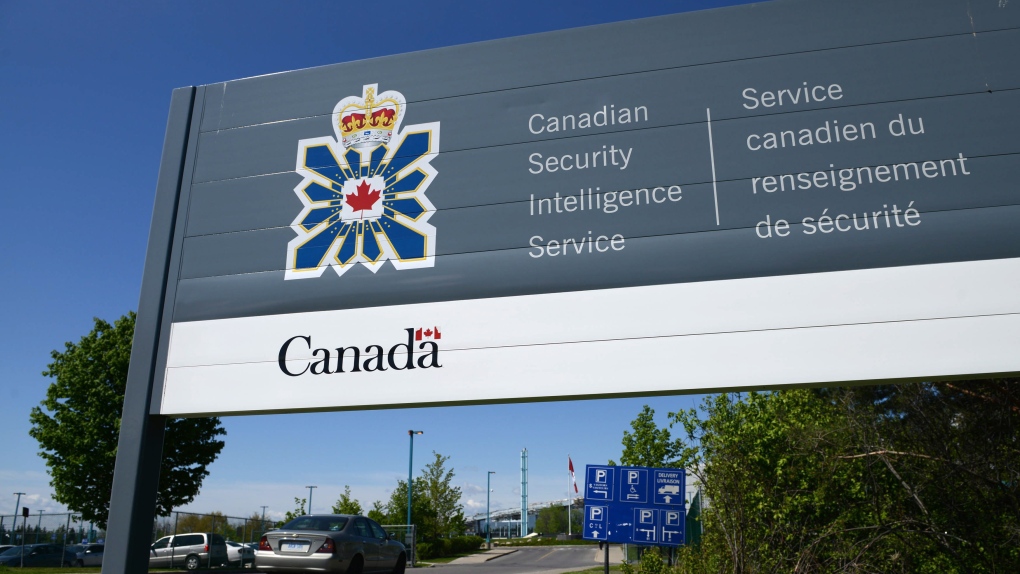 A sign for the Canadian Security Intelligence Service building is shown in Ottawa, May 14, 2013. (Sean Kilpatrick / THE CANADIAN PRESS)

The former director of Canada’s spy agency is responding to allegations of a workplace environment tainted by racism, homophobia, and discrimination against Muslims. A lawsuit is seeking $35 million in damages.

The allegations against the Canadian Security Intelligence Service were made by veterans of the organization in a court document obtained by CTV News. None of the allegations has been proven in court.

Richard Fadden, who was the director of CSIS from June 2009 to May 2013, spoke with Evan Solomon on Newstalk 580 CFRA’s Ottawa Now, in an exclusive interview, transcribed below.

You can listen to the full interview by clicking here.

Note: This transcript has been edited for clarity and brevity.

Evan Solomon: Mr. Fadden, when you saw the allegations made by these five agents, what was your reaction?

Richard Fadden: First of all these allegations are unproved. So, I was shocked. It was not the kind of agency that I thought that I led and it’s not the kind of agency that Canada needs. We will need to see where this suit goes. I’d like to think that, if these allegations are true, they are isolated and they’re not systemic. I always thought when I was there that the Agency, and everybody in it, understood that they could not have this attitude about particular groups. How can you deal with, as an example, terrorism if you accuse an entire group of terrorist activities when you know that a microscopic portion of them are potentially terrorists? This kind of attitude is the last thing that you need in a security intelligence agency.

ES: I expected this to be, as you say, a bunch of isolated incidents. One of the most shocking allegations in this statement is that all of the plaintiffs in this case are senior officers, they have a lot of experience, and they all say they went to their superiors and their superiors tolerated it all. When they tried to go up the chain to get support, none of them could get support. What was your reaction to that?

RF: If it’s true, it’s shocking and it’s unacceptable. But the other thing I would note about CSIS is that they have a professional standards group, they have an independent audit group, they have the Security Intelligence Review Committee (SIRC). There are any number of ways they could have registered their complaints if management wasn’t listening. I find it difficult to believe that everybody hid, or management hid what they were alleging. Having said that, this needs to get investigated and it needs to get investigated promptly. I think it’s too bad that they felt they had to go to the courts to obtain redress. This is the sort of thing that needs to be sought out, rooted out, right away. I repeat again, though, the allegations haven’t been proven, so we need to take what they say with a bit of a grain of salt. Although, I share with you the view, to the extent they’re true, it’s unbelievable.

ES: The statement of claim says there are email exchanges between members of management, some of which were sent to “Alex”, one of the plaintiffs, which demonstrated the culture. These go back from 2006 right up to 2015. One email reads, “… can’t believe you sent me a gay guy to the airport. He wants to make everything pretty around the office.” It is unbelievable.

RF: My reaction to that is, to the extent this is true, these emails are utterly and completely unacceptable. Aside from the fact that they’re constitutionally, legally, ethically, and morally unacceptable, they are the height of stupidity that anybody would have sent an email like that.

ES: When you were the leader of CSIS, was there a culture that tolerated this kind of homophobia and racism? There are more emails about Muslims that are shocking.

RF: No, I saw no such thing and, if I had, I would have tried to do something about it. In that kind of agency, you’ve got to keep an open mind because you’re constantly being bombarded with information, some of which is true, some of which is fanciful, about people who constitute threats to the security of Canada. If you approach this information, this intelligence, with a closed mind about gay people, or about Muslims or any other group, you can’t do your job in a professional way. So, I’m shocked beyond words that this kind of unprofessional behaviour could be allowed to exist, let alone, again, the morally and ethically unacceptable nature of these things.

ES: You were the head of CSIS at some of this time. Did you have mechanisms in place, if some of these officers were feeling harassed or discriminated against, that they could go to without harming their career?

RF: I think they could to the internal audit shop, there was an ethics shop. They could have gone to SIRC. The Security Intelligence Review Committee exists to keep an eye on what CSIS is doing, so they could have gone to that organization. They could have bypassed everybody in management. I had a rule when I was there that anybody could come and talk to me if they really wanted to and I placed particular emphasis on executives who were having trouble being able to do the same. A few people availed themselves of it. Not everybody did. But, in an organization above a certain size, I think you have to accept that you have some bad apples. My hope is that the bad apples that are represented in the emails that you read are few and far between. This matter needs to be dealt with.

ES: One of the plaintiffs “Cemal” who recently worked as a level 7 ranked Analyst in the Toronto office, and is Muslim, alleges in the statement of claim that a Deputy Director General in the Toronto region told him he should “complain to Allah.”

RF: It’s utterly unacceptable. I can’t understand why anybody would say that. Despite all of the legal and ethical objections to this, which are substantive, it is an utterly stupid thing to do on the part of the individual to put this in writing. (Editor’s note: the Statement of Claim does not indicate the complaint referenced was put in writing.)

ES: You had no idea, sir, that this might be a culture where gay or Muslim employees of CSIS were putting up with this kind of bevahiour in the organization?

RF: No, unequivocally not. I heard of no such thing. We tried very hard to make sure this was an organization where everybody had an open mind and everybody was accepted. I think CSIS, for a number of years, was amongst the 100 most respected organizations in Canada. (Editor’s note: CSIS has been recognized multiple times on the annual list of Canada’s Top 100 Employers.) They didn’t get that without some effort on the part of everybody in the organization. If this existed for the last two, five, ten years, it was not generally known. All I can say is, to the extent that it did exist when I was there, it’s a bad thing, but I never knew anything about it. I would wager most very senior members of management didn’t either. I don’t know what you do about that in large organizations. Parts of organizations, not just CSIS, develop subcultures. It’s something you have to fight against and try and find out about, but that’s why you have internal audit shops and things of that nature.

ES: Part of the lawsuit is going to be about management failures. The statement of claim says, “The discrimination, harassment, bullying and abuse of authority suffered by the Employees has been made worse by CSIS management failures, including: maintaining and permitting an organizational culture which fosters harassment, bullying and abuse of authority; refusing to recognize Wrongful Acts as wrongful, or complaints as valid; wrongly asserting that misconduct was a reasonable exercise in managerial discretion; ignoring complaints…” It’s a long list, Mr. Fadden. Should there be, now, a bigger investigation, just because of this?

RF: It’s pretty hard to have an investigation when something is before the courts. It’s not impossible to do but it’s difficult. Usually you let the lawsuit continue, so various people will have to consider whether it’s possible to investigate. Somewhere, somehow, this has to be dealt with. Having said that again, from the time of my predecessor as director, all the way through to the new director today, I don’t think any of us would be able to say that we were aware of this kind of culture and it’s shocking to me that it existed. I repeat again, these are allegations in a lawsuit; they haven’t been proven. It would not be the first time that some of the broader allegations are stated without an opportunity for the Crown to counter. So, we’ll have to wait and see how it all comes out. But, I do agree with you that the specific references to emails are pretty damning.