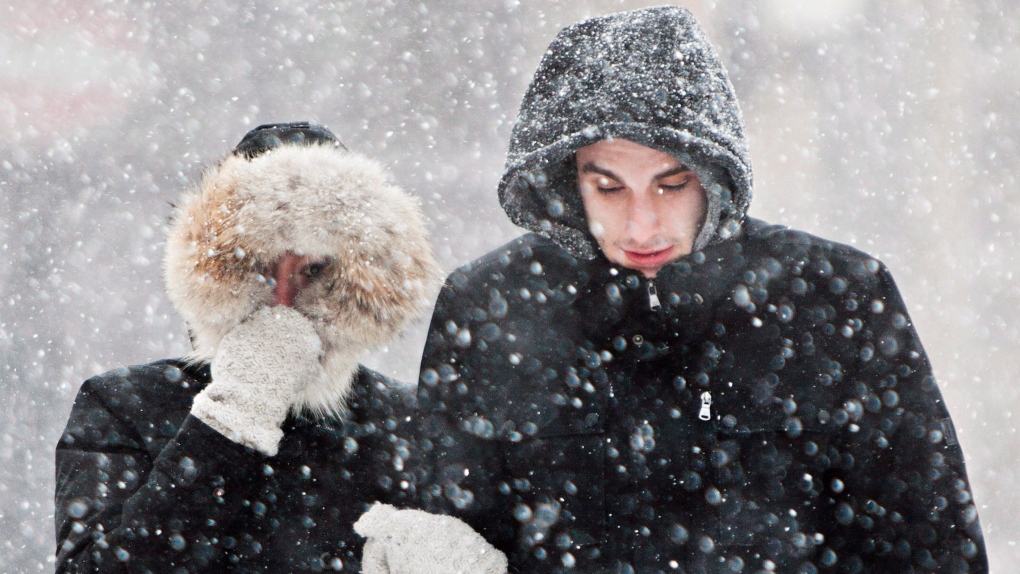 A couple shields themselves from blowing snow on Clifton Hill in Niagara Falls, Ont., during a snow storm Wednesday, March 12, 2014. THE CANADIAN PRESS/Aaron Lynett

The first day of Winter is four weeks away, but it feels like the dead of Winter.

For the second straight day, Ottawa has set a record for coldest day.

The temperature dipped to -20.8C Friday morning, breaking the record for coldest November 23 in Ottawa history. The previous record was -16.1C set back in 1972.

Ottawa Public Health has issued its first Frostbite Advisory of the season.

The advisory is issued when a wind chill of minus 25 or colder is in the forecast.

Last year, the first frostbite advisory was not issued until December 13.

Ottawa Public Health recommends you wear several layers of clothing to keep warm and make sure the outer layer protects you from wind and moisture. If frostbite occurs, skin is white and waxy and feels hard to the touch. It can be treated by gradually warming skin using body heat or warm water.