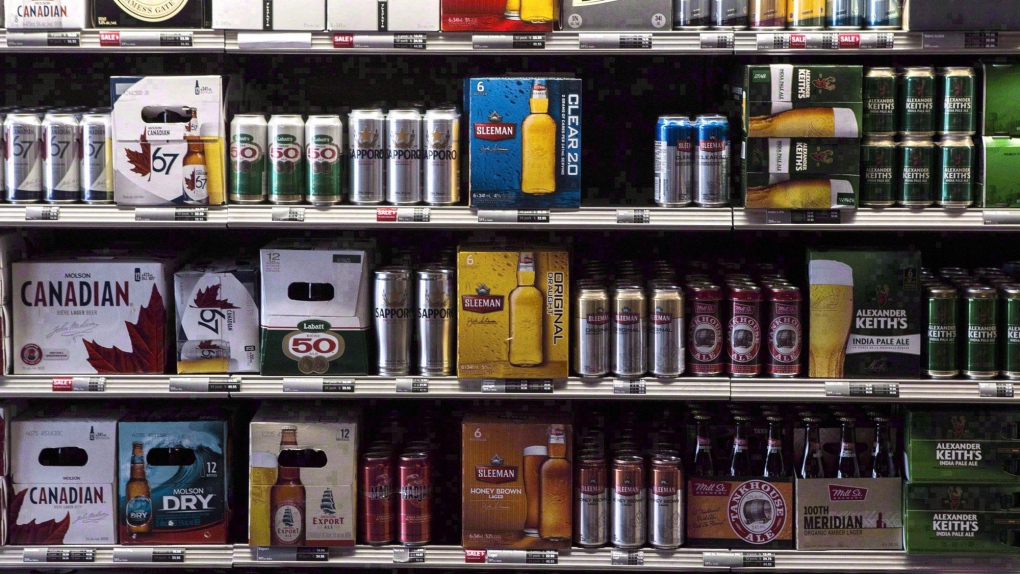 Vic Fedeli said the brewers who own The Beer Store are fighting to hang onto a near monopoly afforded them under a 10-year agreement with the previous Liberal government.

The Progressive Conservatives have introduced legislation to scrap that deal -- which could pass as soon as Thursday -- and launched a social media campaign over the weekend.

"If there was any commentary on Twitter, it would have been from the beer insiders who will do anything and say anything to stop this contract from being opened," Fedeli said.

Tory politicians, including Premier Doug Ford, posted similar messages promoting the legislation to rip up the contract with the brewers -- Molson, Labatt and Sleeman, who are all foreign owned.

Fedeli said the multinationals that own The Beer Store are not acting in the best interests of the people of the province and that is why the government needs to act.

"Why is The Beer Store fighting so hard against the government putting more of their product in more stores?" he said. "It's because they were given a sweetheart deal and they put profits ahead of people."

Ford has repeatedly indicated he plans to broaden the sale of beer and wine to corner stores, saying the current system is a bad deal for consumers and businesses.

Scrapping the deal could trigger steep financial penalties but the government's legislation contains provisions to nullify any such costs. The Beer Store, however, warns it will fight the legislation in court.

Company spokesman Bill Walker said the company was not behind the response to the government's social media campaign, which drew reaction from a mix of celebrities, doctors, educators, business leaders and politicians.

"The sheer volume of responses to MPPs and the fact that there were people who generally aren't sided with The Beer Store coming out against the government is enough to show the effort was organic and unprompted," Walker said.

"I'm a parent who lost a child to a flu outbreak. I grew up near Walkerton. My kids go to public school. I'm appalled by your government's wastefulness while gutting health care and education."

Another Twitter user criticized the strategy behind the tweets.

"I've never, in decades of working in communications, seen a campaign .fail as bad as Γåòfordnation ΓåòOntarioPCParty & the staged convenience store schtick," he wrote.

On Monday, Green party Leader Mike Schreiner attributed the negative reaction to Ontarians concerned about the costs of breaking the deal.

"The people of Ontario have spoken and said we want you to have priorities like health care, education, the climate crisis," Schreiner said. "I guess, according to the premier, we have a beer crisis in Ontario."

"It's pretty clear they fell pretty flat with Ontarians whose priorities are about ending our hallway medicine problems and making sure our kids get the education that they need and deserve," she said.

This isn't the first co-ordinated social media campaign launched by the Tory government to face online mockery. Earlier this year, a series of similar messages posted by government politicians at gas pumps complaining of higher fuel prices due to the federal carbon tax came under fire.

The veteran NDP legislator apologized for his "insensitive and inappropriate" remarks a short time later.

"I regret any offense my flippant comment may have caused to the community of survivors from the dark history of the Second World War," he said in a statement.

But Bisson's reference to Goebbels isn't the first time the Nazi propaganda minister has been mentioned during this session at Ontario's legislature.

Kramp's remarks were not discovered until Monday and he expressed regret in a statement posted online.

"Apparently I used the name Goebel in passing reference during a parliamentary comment," he wrote on social media. "I regret any negative impression it may have had."

Stopped by my local grocery store to buy some beer before the game, and bought some beer. And, it didnt even require setting contract law on fire to do so. pic.twitter.com/T36dt5sEUQ

This is NOT a priority for Ontario citizens!!!! You are following Dougie's agenda and it's not working. #Onpoli