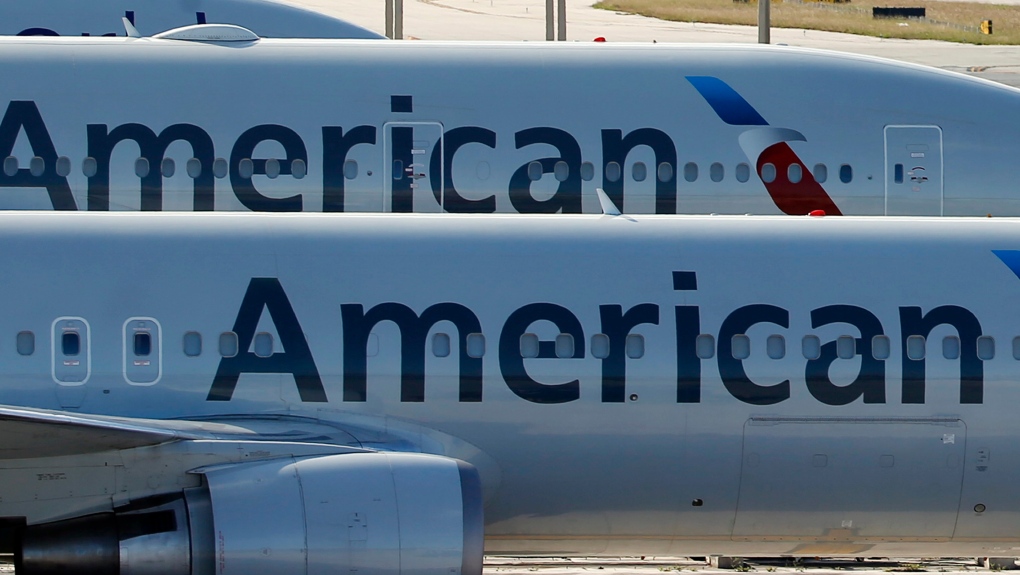 In this Monday, Nov. 6, 2017, file photo, a pair of American Airlines jets are parked on the airport apron at Miami International Airport in Miami. (Wilfredo Lee/AP Photo)

Ottawa Paramedics say a man has died after suffering cardiac arrest while on board an American Airlines flight that was forced to make an emergency landing in Ottawa.

The flight from Dallas, Texas to London, England landed at the Ottawa Airport at 2:28 a.m. ET Thursday, according to the airline, because of an ill passenger.

Ottawa Paramedics say they were called on reports the man was having chest pains and he had gone into cardiac arrest. Flight attendants performed CPR before paramedics arrived.

Despite resuscitation efforts, the 52-year-old passenger was pronounced dead at the scene.

American Airlines says the plane refueled and resumed its flight to Heathrow Airport at 4:36 a.m.